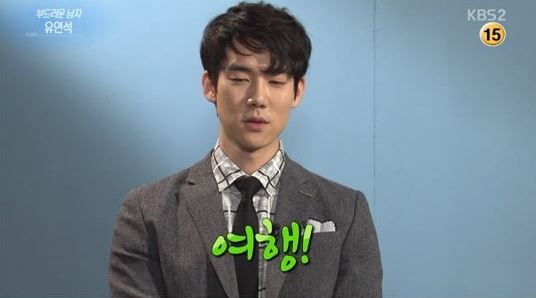 Actor Yoo Yeon Suk is currently running a busy schedule of performing in musicals, filming movies, and doing photo shoots. Rainbow‘s Jisook, who is working as a reporter for KBS‘s “Entertainment Weekly,” sat down with him for an interview on February 13.

During the interview, Yoo Yeon Suk briefly talked about his current musical. “After a performance I naturally lose weight,” he said. Each performance requires him to sing about 29 songs. He further explains, “I have a second performance this weekend. If you include the curtain call, I sing almost 60 songs in a day.”

Yoo Yeon Suk then announced his plans of going on a trip for the new year. He said, “I will go as soon as I am done with this musical. However I won’t go with Son Ho Joon.” “He makes me nervous because I don’t know what he will do,” he added. Yoo Yeon Suk and Son Ho Joon are known for their close friendship that started when they first met on the set of “Reply 1994.” 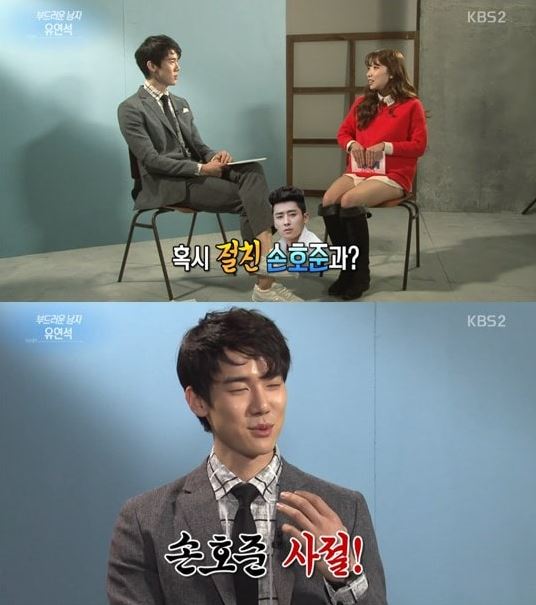 Yoo Yeon Suk
How does this article make you feel?