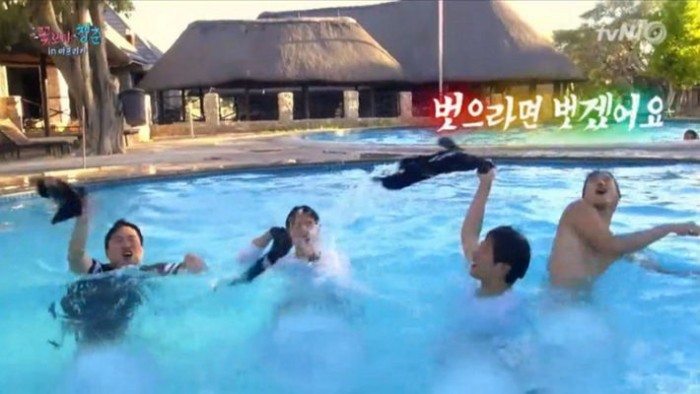 The Boys of “Reply 1988” Go Commando on “Youth Over Flowers”

tvN‘s “Youth Over Flowers” has released a second preview for their upcoming Africa special in Namibia. In the teaser, we can see the boys of “Reply 1988” enjoy themselves in a Sub-Saharan backdrop. 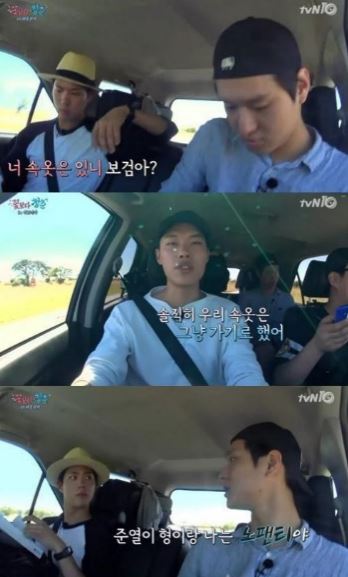 However, because the boys were kidnapped during their reward vacation in Phuket, they were unable to sufficiently pack for the trip. Park Bo Gum expressed his helplessness, saying that he had no underwear. Ahn Jae Hong commented, “They say underwear in Africa is expensive.” Ko Kyung Pyo then announced, “Ryu Jun Yeol and I are not wearing any underwear. If you look in the back, you can see our underwear hanging on the suitcase.” Ryu Jun Yeol then added, “We decided to go without underwear. If you feel uncomfortable, you should take them off too.” Shortly after, the preview shows the boys throwing out their underwear in a pool. 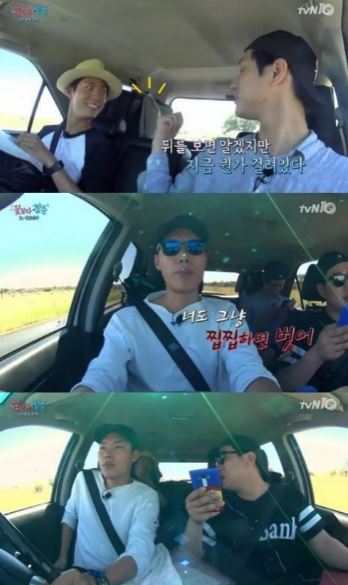 In the upcoming Africa special of “Youth Over Flowers,” you can watch the four boys of “Reply 1988” travel the African landscape and visit Victoria Falls. The first broadcast will air following the end of the “Youth Over Flowers Iceland Special.”