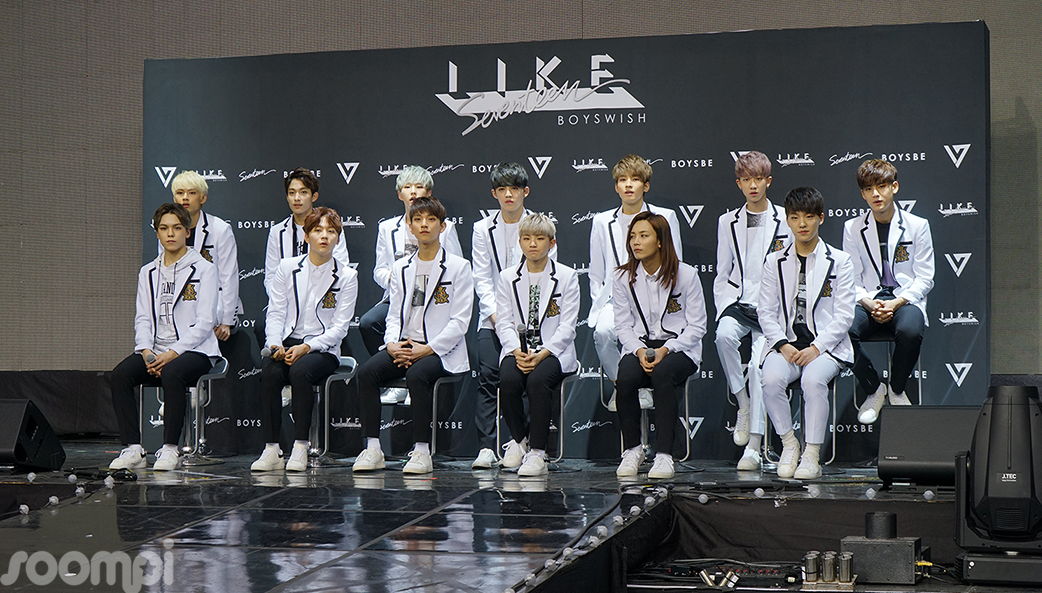 Exclusive: SEVENTEEN Reveals Their Dreams and Plans for the Future

Soompi had the opportunity to attend SEVENTEEN’s encore concert press conference and concert. Despite their rookie status, their solo concerts were so successful that the group held an encore concert due to high demand. The boys are definitely hot and for good reason, too.

Check out some photos and memorable comments from the event below! 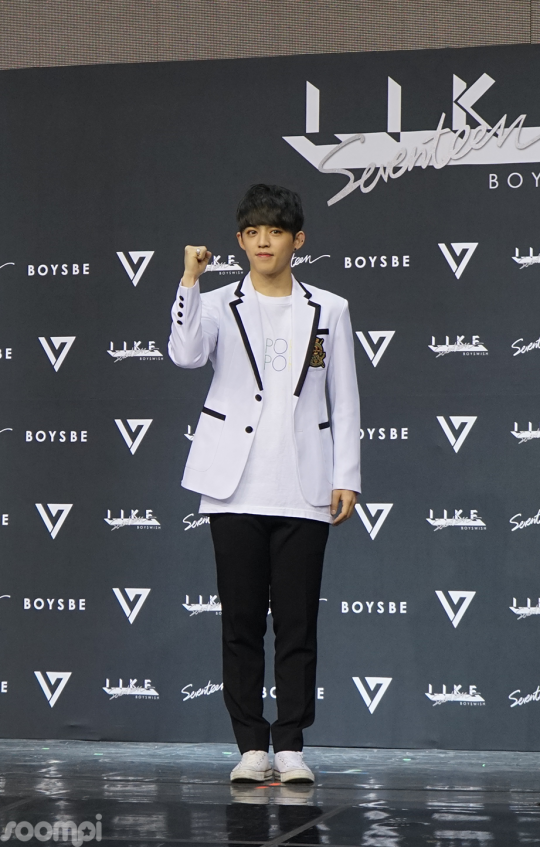 Leader S.Coups talked about how it’s an honor to be able to hold solo concerts and also to hold their encore concert at such a large venue. 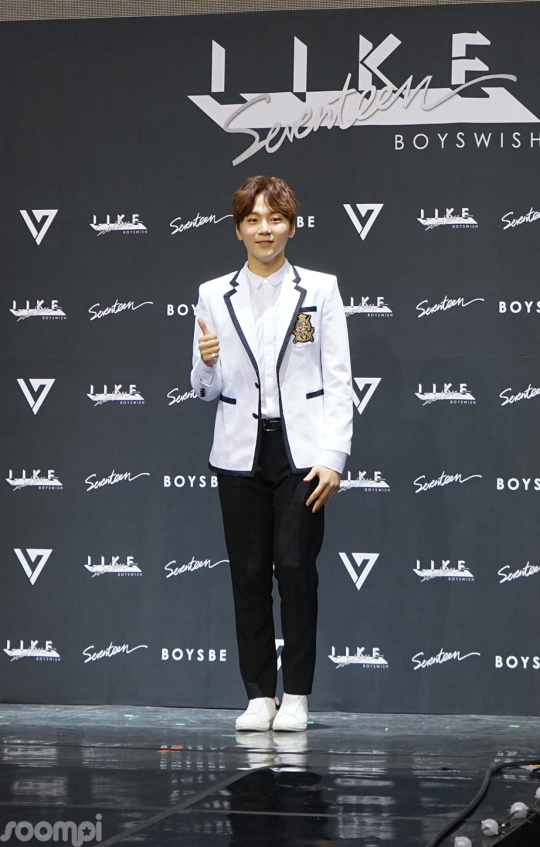 Seungkwan discussed the group’s latest album “Boys Be” and says it contains their dreams and hopes. He mentioned how the group held performances before they debuted and now it feels like their dream has come true. 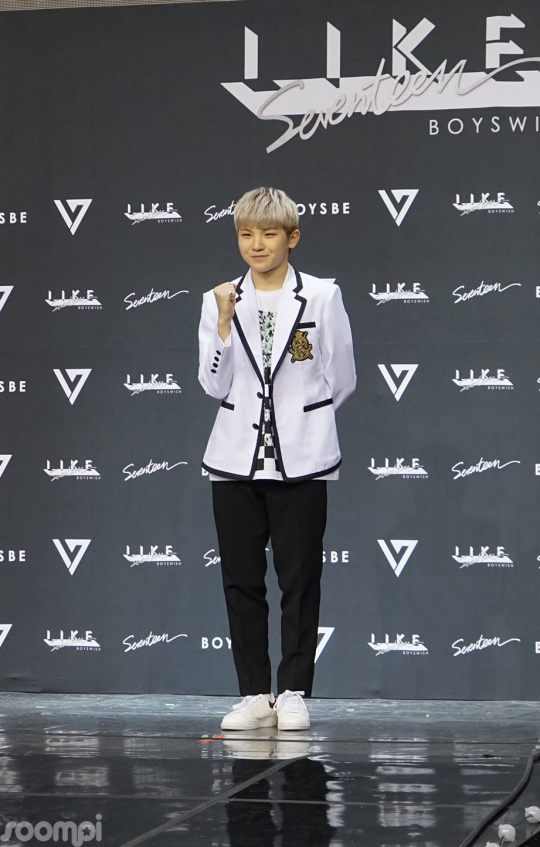 Woozi asked fans to look forward to their performance of “Chocolate” which is a song the vocal unit collaborated with Yoon Jong Shin on. 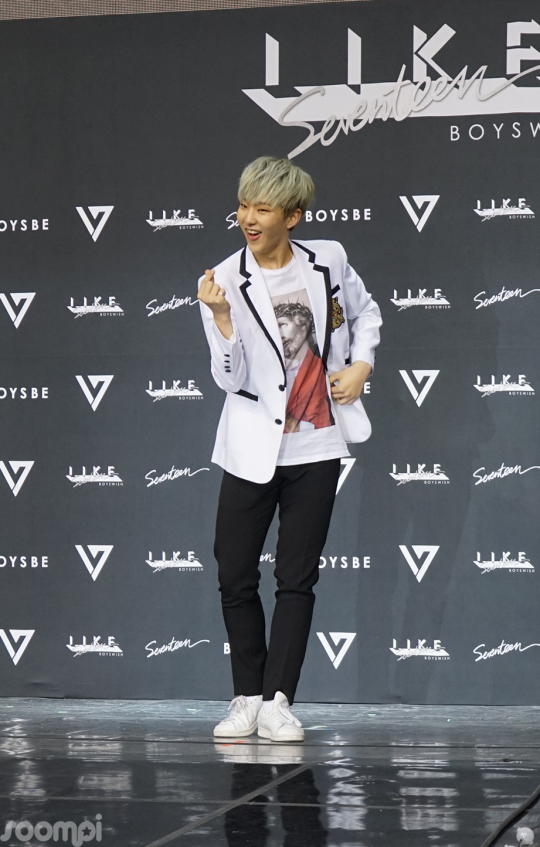 All of the members showed their love for their fans. Hoshi also said they want to make their fans proud, but their fans actually make them more proud. He promised that the group will work hard so that their fans can be proud to say they are fans of SEVENTEEN. 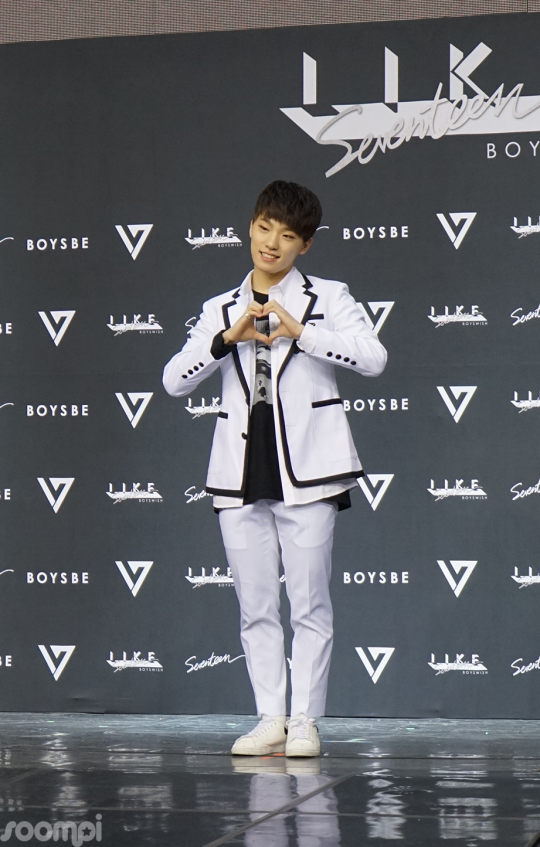 Dino eagerly commented that SEVENTEEN really wants to win #1 this year as well.

Soompi got to ask the members a question on behalf of SEVENTEEN’s international fans. We asked them what they would like to say to overseas fans who are unable to attend their concerts. Chinese members Jun and The8 expressed their hopes to greet Chinese fans as well as other international fans. Likewise, Vernon and Joshua said they hope to see their fans in the U.S. and all over the world. 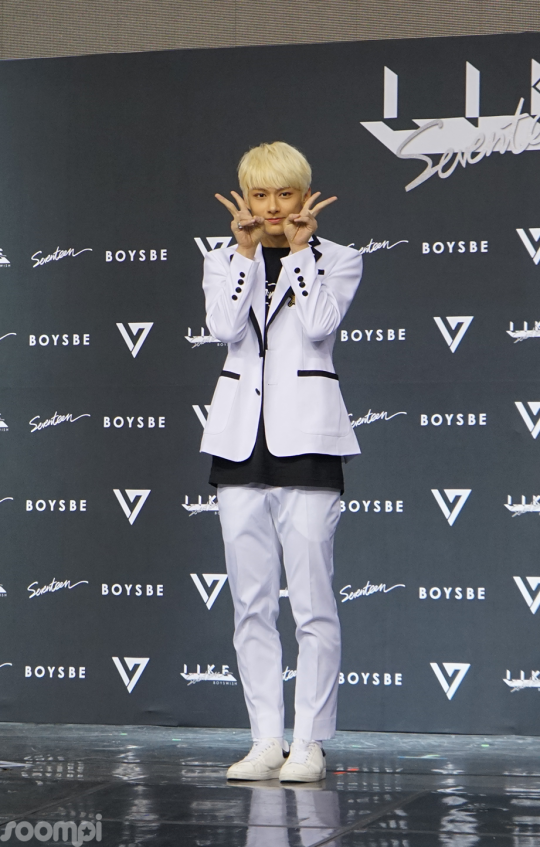 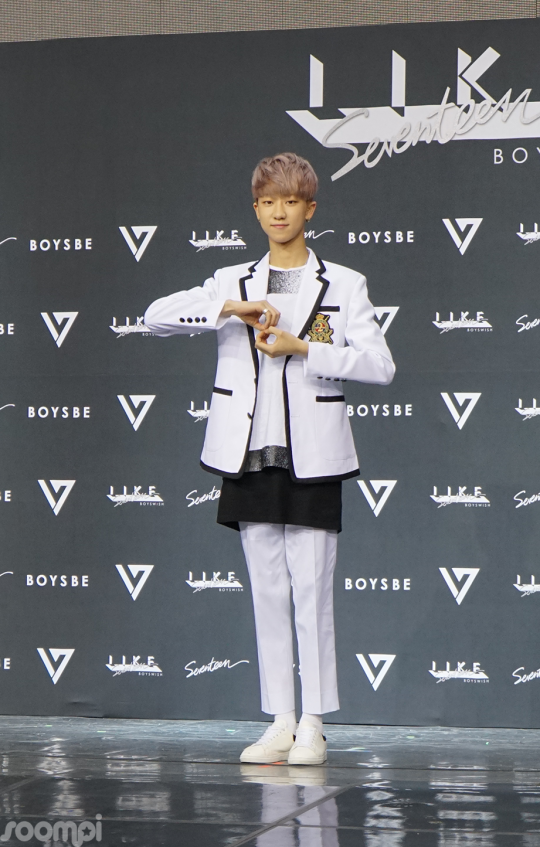 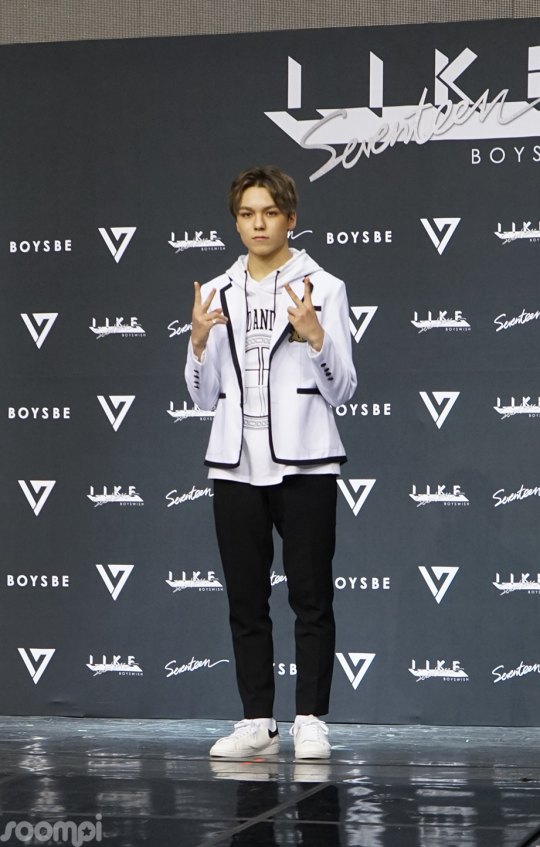 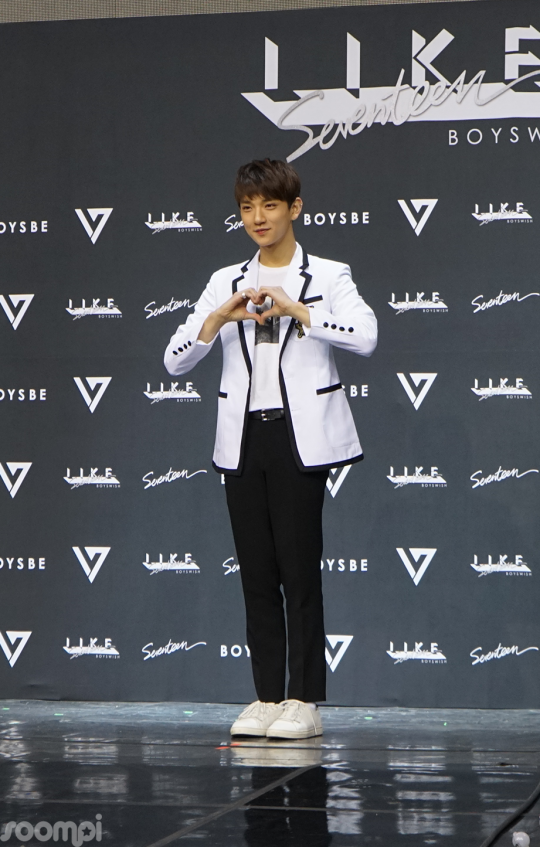 As for their upcoming plans, the group will be greeting fans through their new reality show “SEVENTEEN’s One Fine Day” and they are also working hard on their future album. 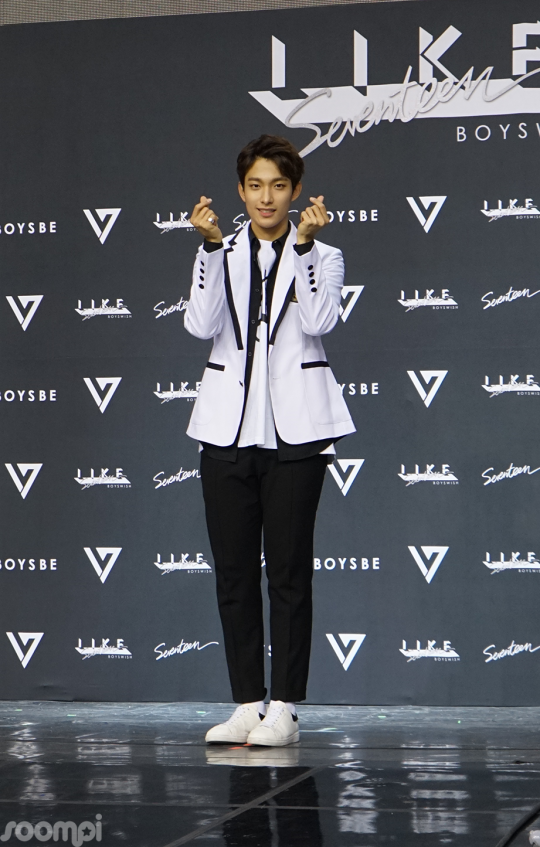 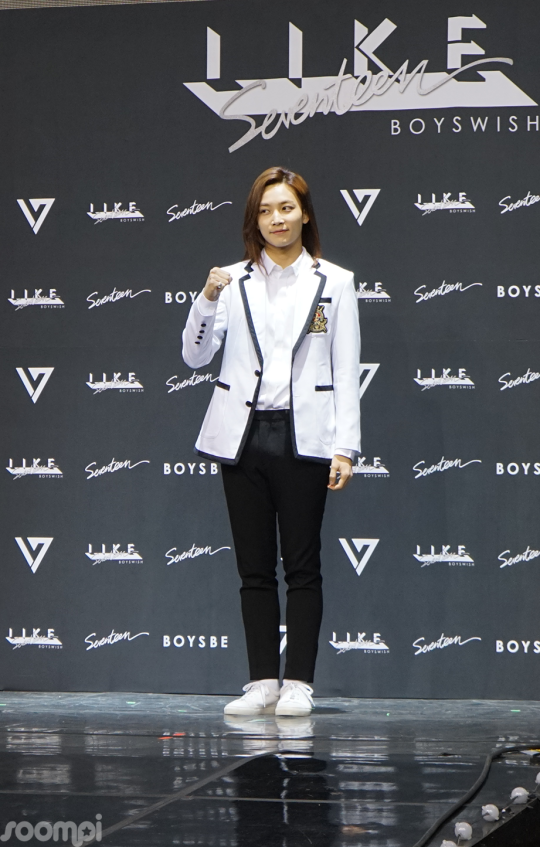 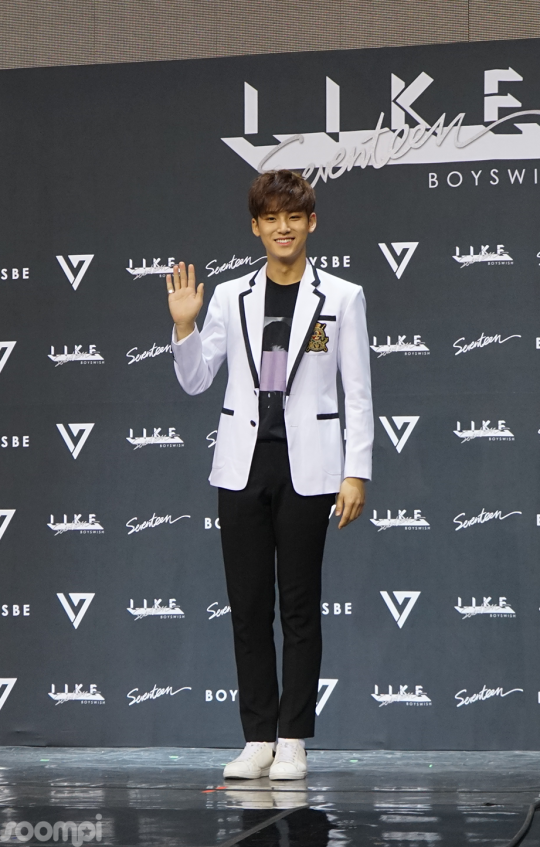 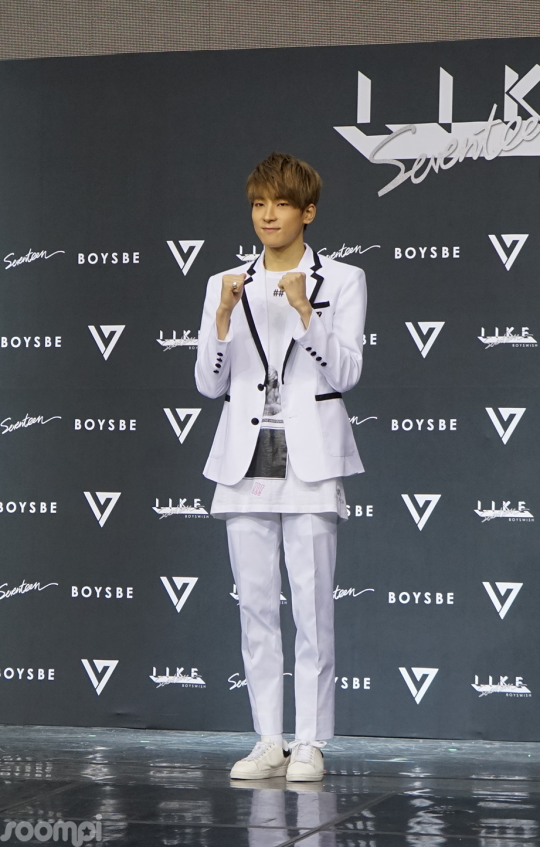 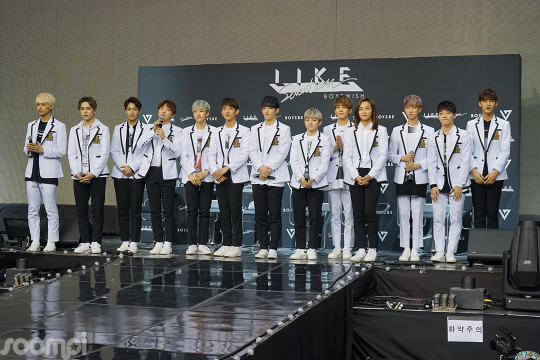 Here are some photos of them performing “Mansae” and “NO F.U.N.” 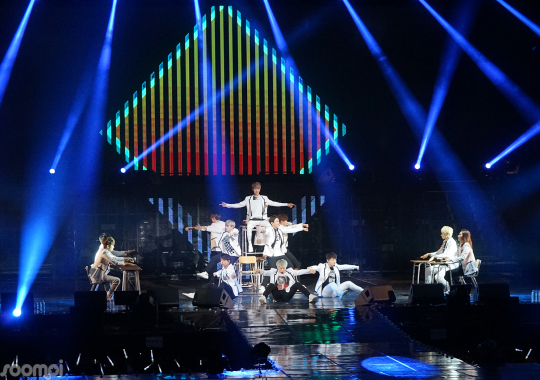 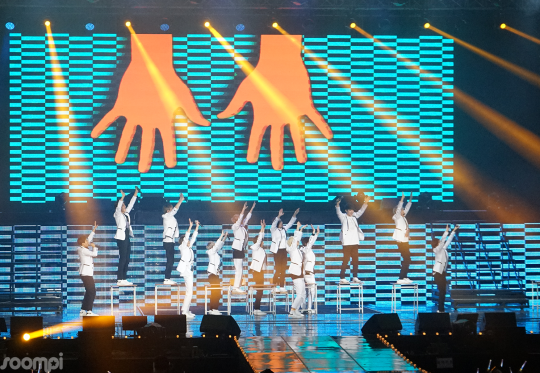 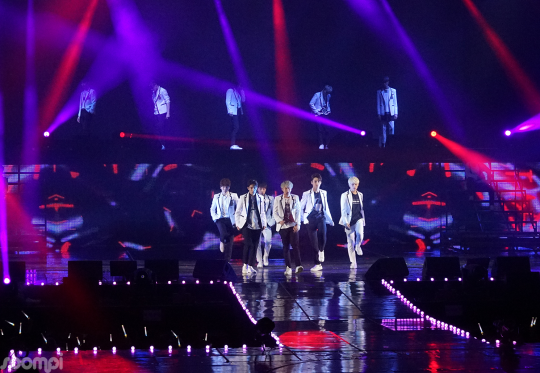 SEVENTEEN also held some solo stage performances as well as group performances with their respect sub-units. From showers to girl group dances, the group didn’t disappoint and truly impressed their fans. Looking forward to seeing more from this very talented and entertaining group!

Support the artist by buying SEVENTEEN- Boys Be from YesAsia
SEVENTEEN
Soompi Spotlight
How does this article make you feel?