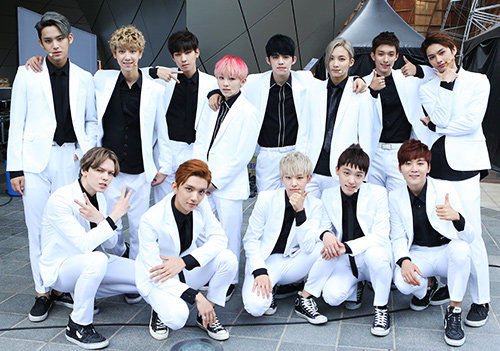 After the group’s initial performances of “Mansae,” “NO F.U.N,” and “Rock,” group member Hoshi said, “We have an announcement to make.” Leader S.Coups continued, “[All of you] made us shine so bright. From now own, you are our Carat,” which was met with wild cheers from fans.

The name Carat for SEVENTEEN’s fan club was decided by a fan vote, with other possibilities including Same and Tinker Bell.

SEVENTEEN’s encore concert of “LIKE SEVENTEEN — Boys Wish” was a testament to the group’s rapidly growing popularity, with 7,000 seats selling out in a mere five minutes. The February 14 performance was especially a treat for fans, with individual solo performances as well as the group hitting the stage with unreleased songs.