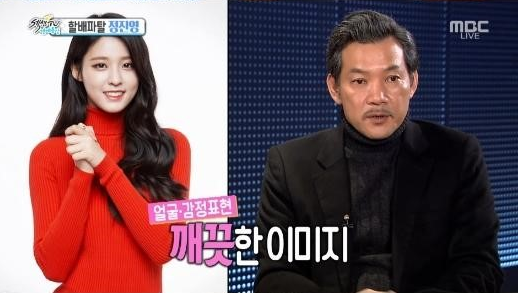 On the February 14 episode of MBC’s “Section TV,” veteran actor Jung Jin Young sits down for an interview with the reporter.

The actor goes on to share his thoughts on junior actors he remembers from his previous works, including Lee Min Ho, Seolhyun, and Jang Geun Suk.

When asked about Seolhyun, he answers, “She probably hasn’t done a lot of acting, but she’s clean and pure,” complimenting that her face and emotional expressions are clean. They both appeared on Seolhyun’s big-screen debut film “Gangnam Blues.”

He adds, “She has a lot of potential.”

Are you looking forward to seeing Seolhyun’s acting in the future?

AOA
Jung Jin Young
Seolhyun
How does this article make you feel?