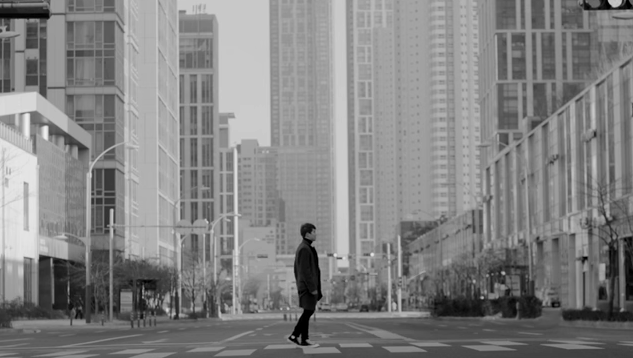 Released on February 15 at midnight KST, the song has been produced by hit makers eSNa and Aev, and features lyrics written by Jo Kwon. The highly anticipated music video stars EXO‘s Suho, who shows off his acting skills in the dramatic black-and-white video.

This marks Jo Kwon’s first solo release since making his solo debut with “I’m Da One” in June 2012.

During a comeback countdown event held via Naver‘s V app on February 14, Jo Kwon shared about the inspiration behind his solo single.

“Usually, people think about the happy moments they shared with their loved ones. But while writing this song, I wondered how long that happiness would last. I wanted to express such feelings through ‘Crosswalk.'”

Suggesting that he went through a painful time while in love, he revealed, “I turned my experience into a song. To think that a day like this has come…” and laughs as he clarifies, “I mean, a day where I write a song based on personal experience.”

The single is now available on online music stores.

EXO
2AM
Suho
Jo Kwon
How does this article make you feel?