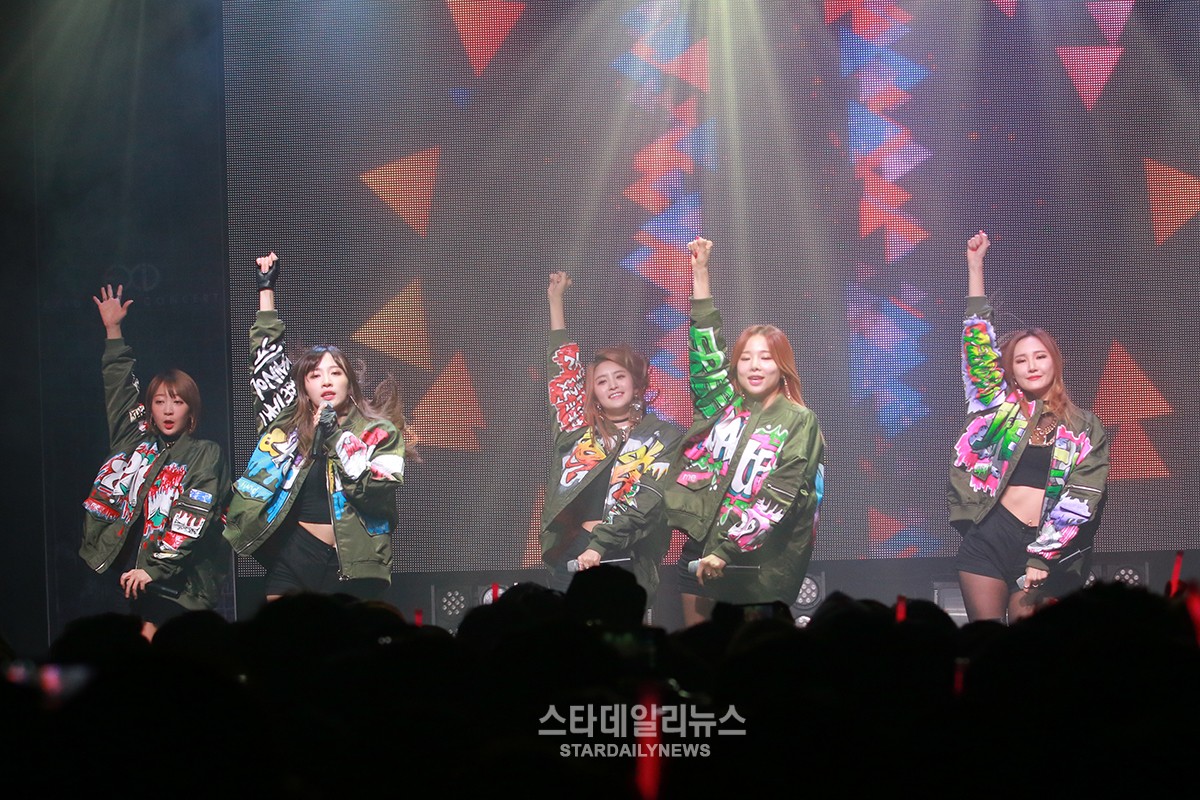 “[In ten years], I hope that I can be satisfied and not be ashamed of the life I lead,” Hani adds. “Even after ten years, I hope that we could be as positive and bright as we are together now.”

Given their desire to stay together as long as possible, their role models are naturally Shinhwa, the longest-running boy group in Korea. “Shinhwa sunbaes are our role models,” the group shares. “Even if we have our own solo activities in ten years, we have made an oral contract to continue group activities as EXID.”

Meanwhile, “EXID’s LEGGO SHOW” was held at the Yes24 Muv Hall in Mapo-gu, Seoul on February 14.

EXID
Star Daily News
Shinhwa
How does this article make you feel?