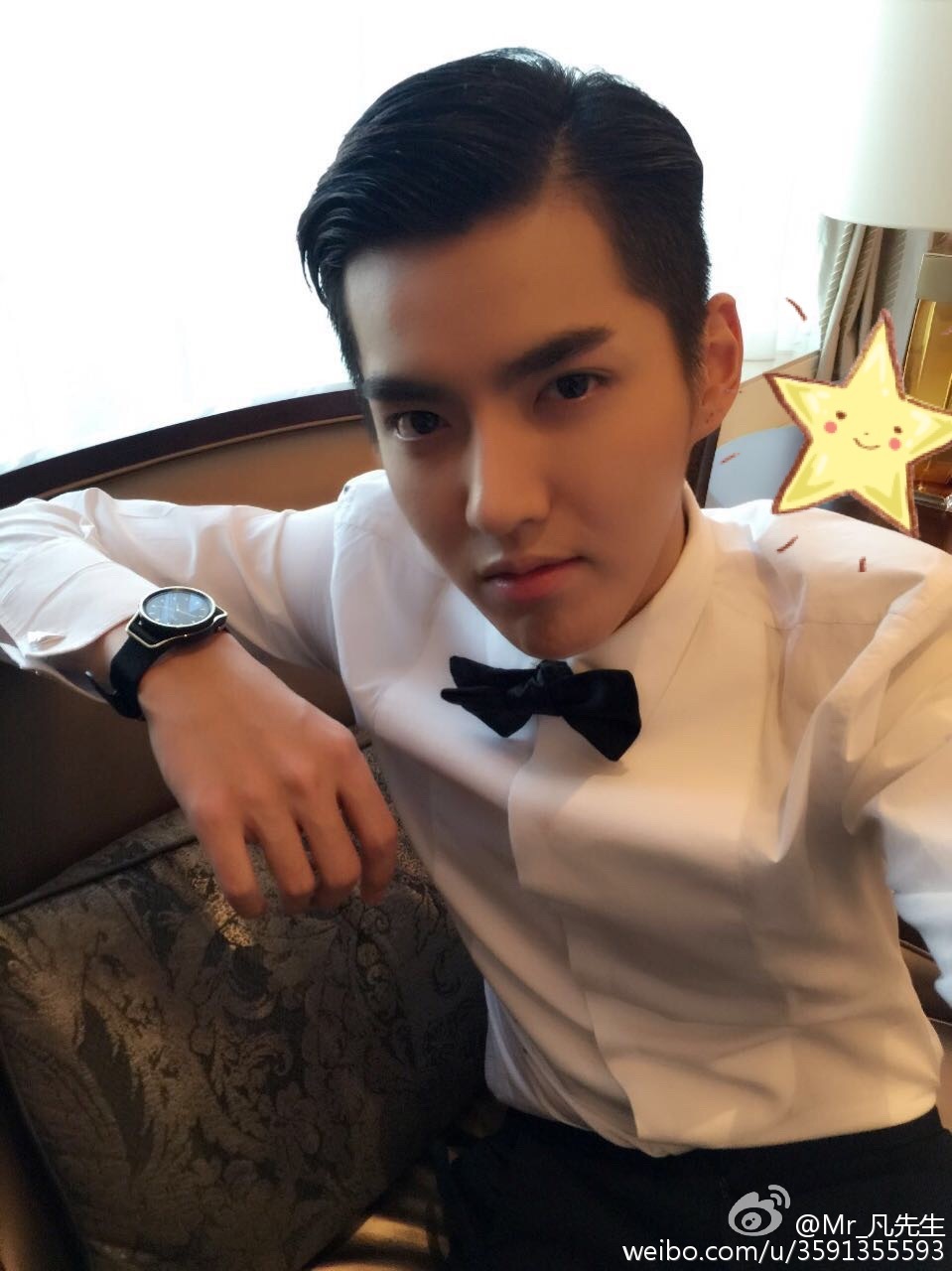 What’s better than a hot new young actor? A hot new young actor who has the complete package! In just a short time, Kris (Wu Yi Fan) has been making big strides in his career after leaving SM Entertainment in 2014. Whether you’re a fan, hater, or even someone who just doesn’t care, you can’t deny that the boy is going places and you’re going to be seeing even more of him in the future. He’s totally taking the Chinese entertainment industry by storm, and here’s why I think Kris is going to become China’s (and the world’s) next big star.

Acting His Way to Hollywood 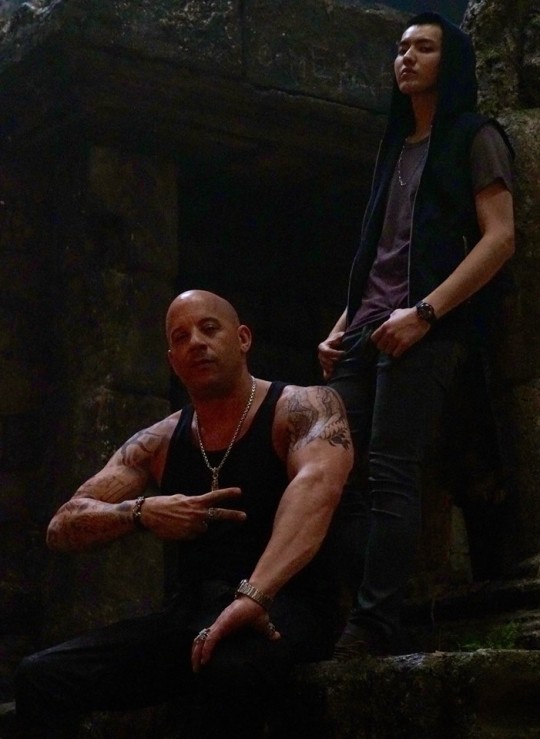 Last year was a real breakout year for Kris, as he filmed a total of seven films. The three which have already been released have all been box office hits: “Somewhere Only We Know,” “Mr. Six,” and “Mermaid.” His other upcoming films include “Passion Heaven” (costars Joo Won and Han Geng), “So Young 2: Never Gone“, “L.O.R.D: Legend of Ravaging Dynasties” and, “Journey to the West 2.”

Director D.J. Caruso praised Kris on his Twitter as someone who has “amazing screen presence”, adding that Kris was an easy choice to play the film’s character, who has a wild side, but is also a loyal friend. Caruso also revealed that he came to know Kris through watching his films “Mr. Six” and “Somewhere Only We Know.”

Kris has also been confirmed for his second international film role in the upcoming European film “Valerian and the City of a Thousand Planets.” The film will be directed by Luc Besson and starring Cara Delevingne, Ethan Hawke, Dane DeHaan, and Clive Owen.

With two films under his belt alongside such huge stars, he’s bound to get noticed by the world! 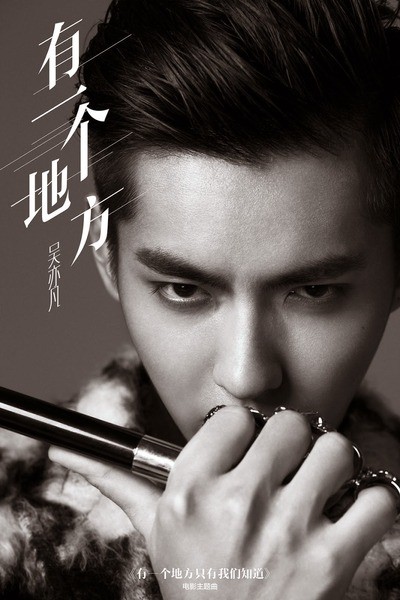 In 2015, Kris released four singles, all of which were self-written and composed. Within the first hour of release of his singles, the number of hits reached 10 million. Those are some huge numbers demonstrating his musical success. His singles include “Time Boils The Rain” (Tiny Times 3 OST), “There is a Place” (Somewhere Only We Know OST), “Bad Girl”, and “Greenhouse Girl” (Mr. Six OST). My personal favorites are his ballads like “There is a Place.”

On the Chinese show “Day Day Up“, Kris stated that he hoped to focus more on music in 2016, as he mainly focused on films the previous year. Looks like fans can look forward to more hit songs from Kris!

Hitting the Courts at NBA ALL-STARS 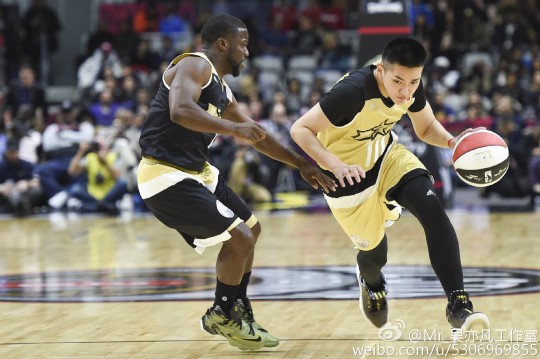 This is definitely Kris’ year, as he has been achieving dream after dream. After becoming an actor, he made it to Hollywood in just a short time, and now he’s even reached his dream of playing basketball on the NBA courts. On February 12, Kris joined Team Canada to play against Team USA for the NBA All-Stars Celebrity Game held in Toronto, Canada. The NBA All-Star Celebrity Game is held annually during the NBA All-Star Weekend, where teams are composed of famous athletes, actors, musicians, and TV personalities. It’s a huge honor for Kris to be invited to play, and it’s also worth noting that he was the very first Chinese celebrity invited to the games.

Team Canada took home the win with a score of 74 – 64! Kris contributed to the team by scoring six points and seven rebounds. He definitely made a name for himself at the game for those who previously hadn’t heard of him! Twitter was abuzz with the question, “Who is Kris Wu?” as he seemingly stole the show with his popularity amongst the fans.

Immortalized in Wax at Madame Tussaud’s 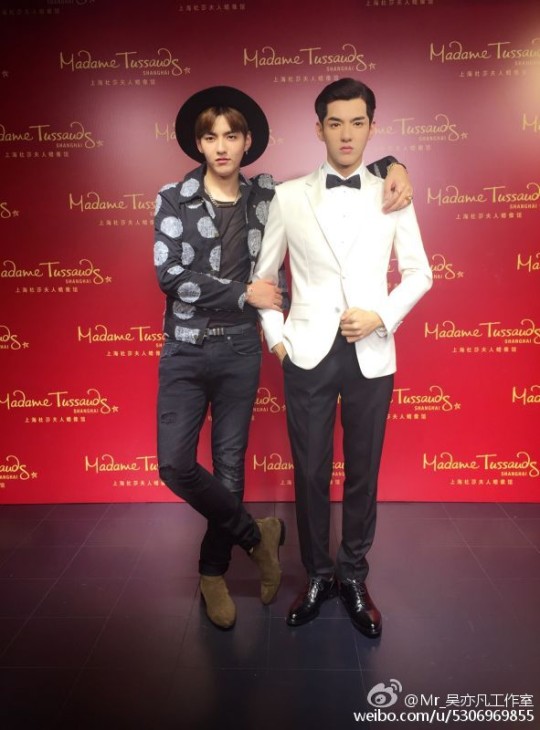 What do you do when you can’t get close to Kris in person? The next best thing: visit his wax figure at Madame Tussaud’s Wax Musuem! Kris is among one of the very first Chinese celebrities born in the 1990s to have a wax figure on display at Madam Tussaud’s Wax Museum, in Shanghai, China. You have to kind of be a big deal to become immortalized as a wax figure.

Owning the Catwalk at Burberry 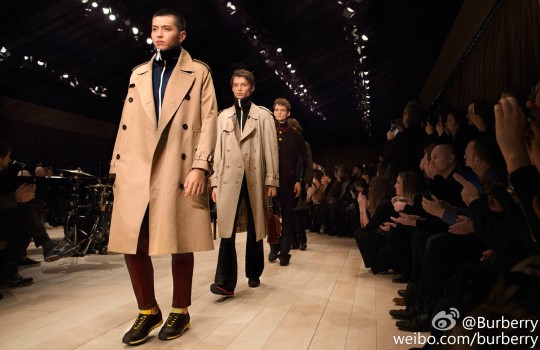 Tall, lean, and handsome. His loyal fans aren’t the only ones who think he’s got the right looks. Not only is Kris a singer turned actor, but now he can add modeling to his résumé. Last month, Kris debuted on the runway for the luxury brand Burberry, where he led and ended the 2016 Men’s Collection at Kensington Gardens in London. Being the first model to come out and close the show is a really huge deal in the fashion industry, so make no mistake- this was a major coup for Kris. Let’s not forget that he has also graced the covers and spreads of numerous magazines as well! 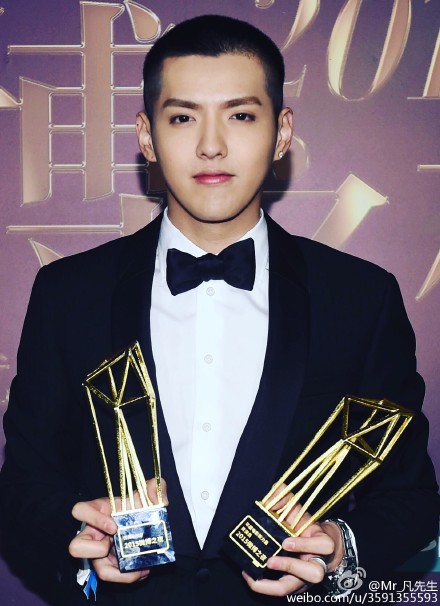 We all know how much influence SNS has on today’s society, and a lot of people seem to want to know what Kris is up to. Kris earned two big awards at the Sina Weibo Awards that took place on January 7. He won the award “Strong New Actor” for the film “Mr. Six“, and “2015 Weibo King.”

A press release from Sina revealed the results of the “2015 Chinese Social Media Influence Report” with Kris coming out on top, thus giving him the title of Weibo King.

Fashionista on the Rise 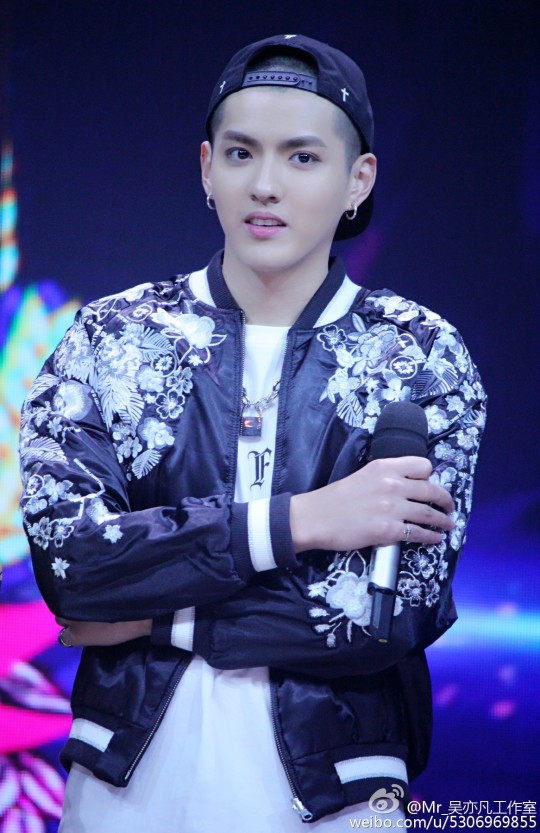 Last year Kris was selected to attend the 2015 Met Gala in New York. The Met Gala is the biggest fashion gala of the year, with the most famous A-listers in the world showing up in the craziest, most outlandish, most expensive haute couture. Everyone wants to attend, but not everyone gets to go. But Kris? He got to!

Often praised for his outfits and sense of style, Kris announced on the Chinese show “Day Day Up” that he is preparing to release his own clothing brand. On the show he brought out caps that he personally designed to give away to the audience. Kris explained that the design looks like YF, which represents his name Yi Fan. 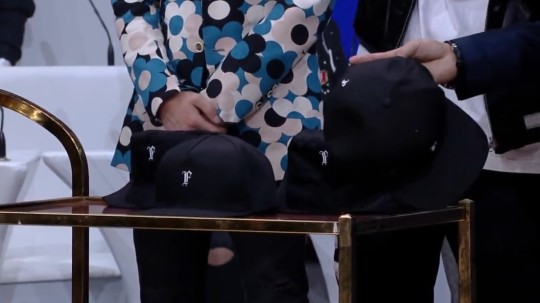 Well, there you have it! Not only does Kris have a thriving film career in China, but now he’s even filming big Hollywood and international films, where he’s working along with top stars and famous directors. Besides his acting career, he’s also a singer-songwriter, rapper, model, and in the near future, a fashion designer. He is a man of many talents and isn’t the type to be pigeon-holed or labeled as one thing. Kris is young and still has to continuously work hard to hone his craft, but there is no denying that he has all the makings of being a top star in his own right.