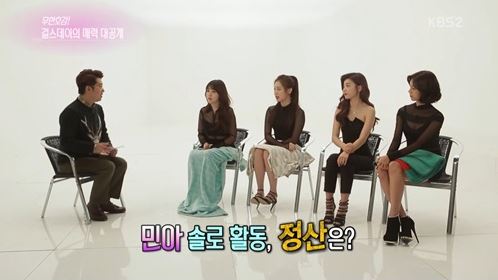 Girl’s Day is currently experiencing high levels of popularity due to their appearance in a variety of solo activities in drama, singing, and variety. They are receiving many advertisement offers, particularly Hyeri who have been very generous with her earnings. On February 13, KBS‘ “Entertainment Weekly” sat down for an interview with Girl’s Day on the set of a new CF shoot.

During the interview Hyeri revealed that the secret to receiving a lot of love is smiling a lot. The reporter then asked them what their income has been like, to which they each gave a different response. Minah, who made her solo debut last year said, “I gave money instead,” causing everyone to laugh. 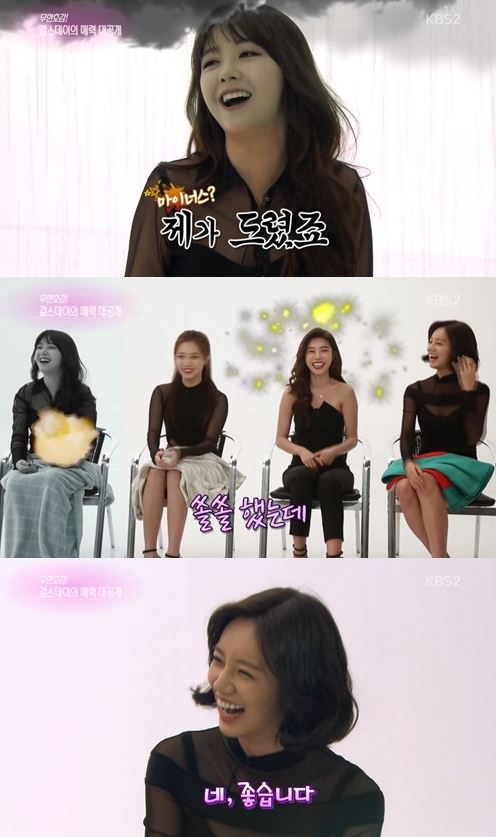 On the other hand, Sojin who has been busy with variety shows and singing for drama OSTs replied, “I’m quite happy.” Finally Hyeri who has been receiving much love due to her role as Dukseon on “Reply 1988” responded simply with a laugh, “It’s good.”