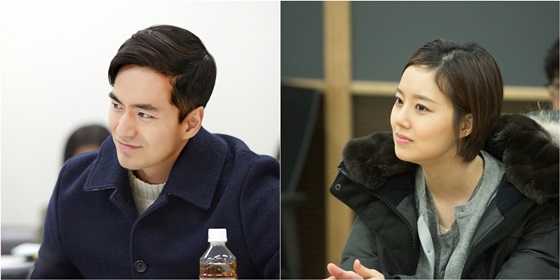 The drama will take over the time slot currently occupied by “One More Happy Ending” with the first episode set to air on March 16. After wrapping up the script reading session and filming in Thailand, the drama production has now hit full speed to prepare for the nearing premiere.

Described as a melodrama revolving around revenge, “Goodbye Mr. Black” has received attention for its star-studded cast and overseas filming locations. Lee Jin Wook will play Cha Ji Won, also known as “Mr. Black,” who is an officer in the Navy Special Operations Force. Deep down an emphatic and positive person, he starts planning a revenge after being betrayed by his best friend Min Sun Jae (Kim Kang Woo). Moon Chae Won takes on the role of Kim Swan, a cheerful young woman who grew up in the streets of Thailand. To prepare for her role, the actress exchanged her trademark long straight locks for a short hairstyle, proving that she is ready for new challenges.

Stay tuned for the premiere of “Goodbye Mr. Black” on March 16!