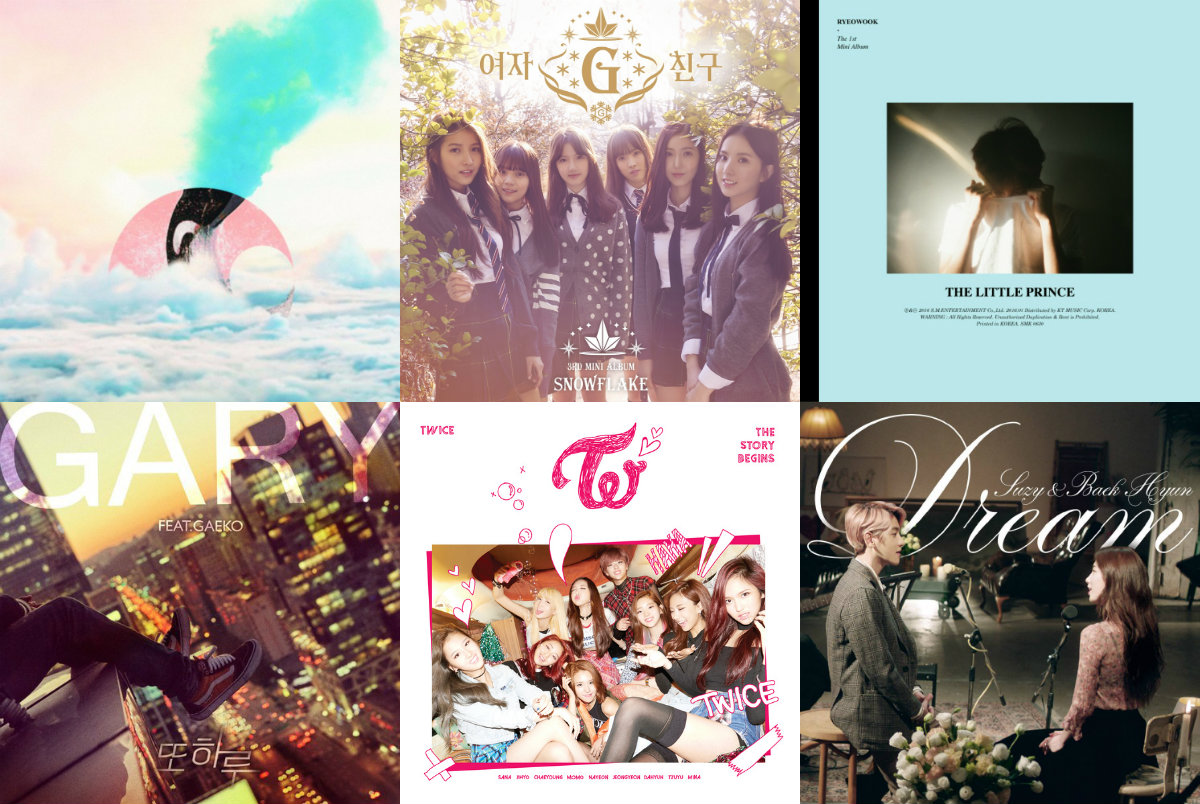 GFRIEND scores their first ever chart topping hit with “Rough,” moving up from No. 7 last week. This song was five points away from a perfect score. It swept all the music shows last week and was more than 200 points ahead of the next song. Congratulations to GFRIEND.

There are four new songs in the top 10 this week. Moving up 11 spots to No. 4 is Super Junior’s Ryeowook. His first solo hit “The Little Prince” is the title song from his first mini-album. Being part of Super Junior’s ballad sub-unit KRY, Ryeowook follows the footsteps of Kyuhyun to showcase his own ballad skills. This song is inspired by the novel of the same name and is about a man who talks to the Little Prince about this heartache.

Moving up seven spots to No. 9 is Mamamoo’s “I Miss You.” It is an R&B ballad that showcases the group’s strong vocals. Despite no promotions, this song is still popular enough to hit the top 10.

The last new song is MC The Max’s “No Matter Where,” moving up nine spots to No. 10. This is the title song from their eighth album “Pathos,” their first full length album in more than two years. Written by lead singer ISU, this is a vintage MC The Max style emotional ballad that is perfect for winter. It is about a man who shows his regrets not hanging on to his love.