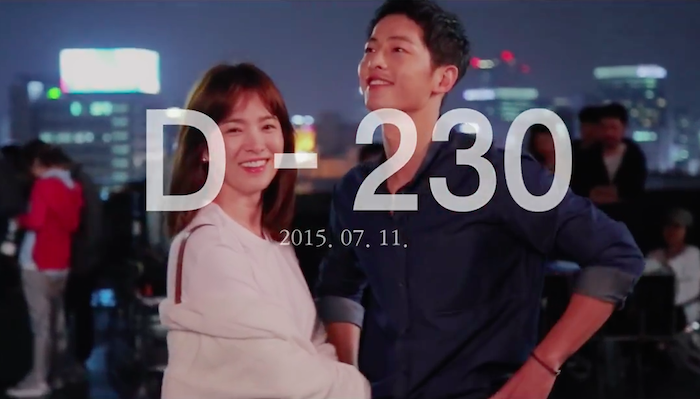 KBS is getting everyone even more excited for the premiere of its much-anticipated drama “Descendants of the Sun” with a video that shows some behind-the-scene footage from the filming of the show.

The video features clips of the cast and crew working hard and also hanging out together on and off set. It is also overlaid by a countdown from D-258 to mark the time passed from the first day of production, June 12 of last year, to the premiere date, February 24. Check out the video below!

“Descendants of the Sun” stars Song Joong Ki, Song Hye Kyo, Kim Ji Won, Jin Goo, SHINee‘s Onew, and more. The show has already wrapped up filming, including on-location shoots in Greece, and the crew is currently focusing on post-production.

In regard to the uncommonly long length of time they’ve spent working on the drama, a member of the production team says, “We’ve paid that much more attention to the details while filming. There are also scenes that we wouldn’t have been able to film if the drama had not been filmed in pre-production. We’ll be showing the viewers high quality and diverse scenes.”

“Descendants of the Sun” will be coming soon exclusively to Viki. Watch one of the trailers below!