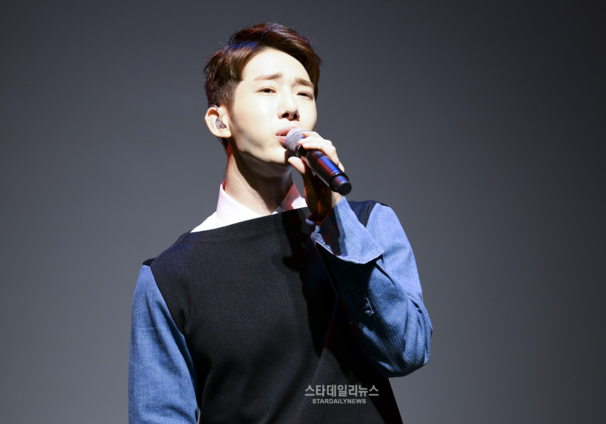 Jo Kwon Says He and 2AM Are One

On February 15, 2AM’s Jo Kwon had his showcase for his second mini-album “Crosswalk” at Sogang University in Seoul.

At the showcase, Jo Kwon introduced himself as 2AM’s Jo Kwon. Hearing his introduction, a reporter asked for clarification. Jo Kwon responded saying, “2AM and I are one. I started my career in music with 2AM. I’ll end it with 2AM.”

Jo Kwon continued, “I introduced myself as 2AM’s Jo Kwon when I released my first solo album. I spent eight years as a trainee. After such a long time, I met 2AM and they’re a gift to me.”

He added, “2AM members told me they liked my songs. Jinwoon wanted to be here at the showcase, but he couldn’t make it due to his drama taping.” He cracked up everyone saying, “I’m grateful for their politeness.”

Jo Kwon released his new song “Crosswalk” at midnight on February 15. “Crosswalk” is based on Jo Kwon’s personal experience. It expresses the anxiety one feels while in love and when that love ends.

Star Daily News
2AM
Jo Kwon
How does this article make you feel?