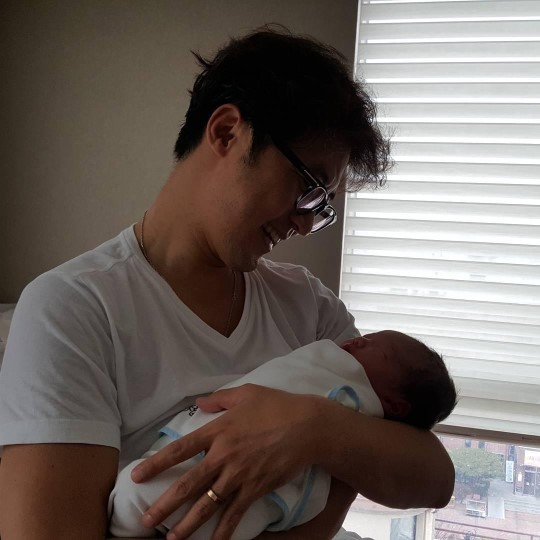 On February 16, Ahn Jae Wook revealed some happy news through his personal Instagram account. He wrote, “I finally became a dad today. I will raise [her] healthily and well. Thank you.”

In the accompanying photo the actor is holding his daughter who was born in the early hours of February 16. He looks completely enraptured and in love with his sweet baby girl. It looks like he can’t take his eyes off of her.

Meanwhile, Ahn Jae Wook met his wife Choi Hyun Joo while they were starring in the musical “Rudolf” in 2014. They married in June of last year and announced their pregnancy later that month.

Ahn Jae Wook
How does this article make you feel?