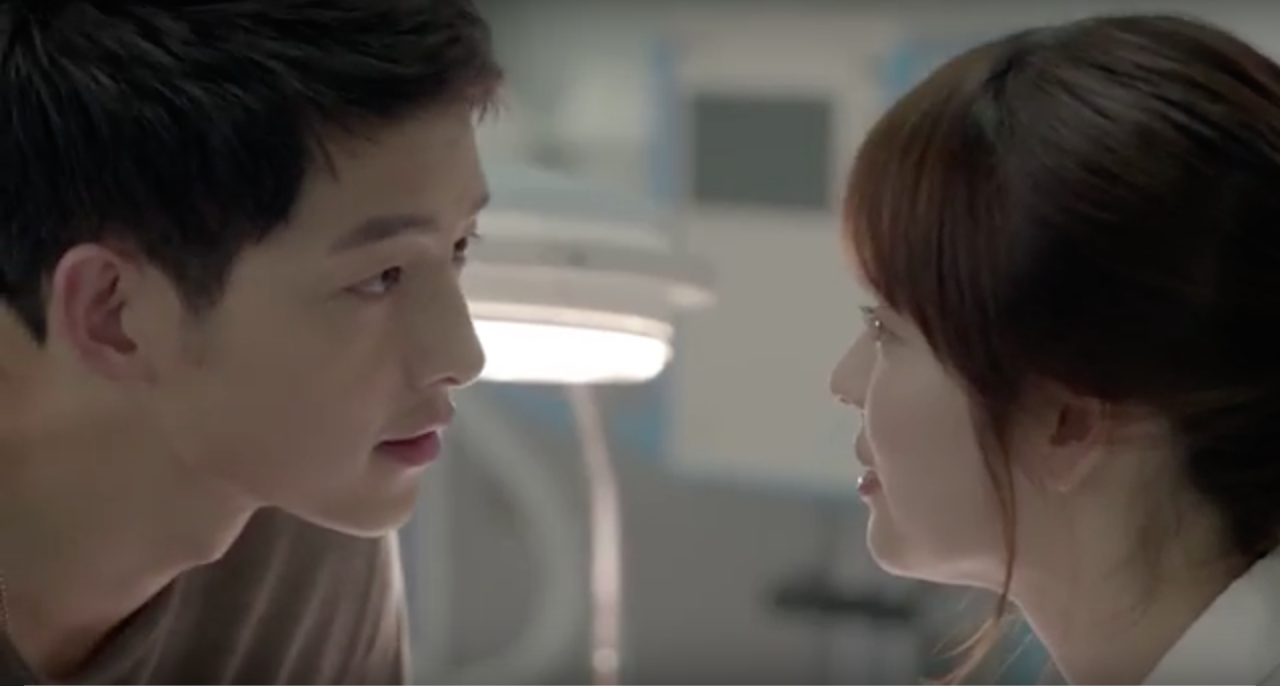 The most anticipated drama of 2016, KBS‘s “Descendants of the Sun” has released a teaser for its OST, a week before its premiere.

The first singer for the OST is Yoon Mi Rae, a goddess-like vocalist who crosses the lines between genres, from hip-hop to emotional ballads. She finds success not only with her own personal albums, but also with albums she has featured in, as well as OSTs she has participated in. A strong contestant on music charts, both in name and reality, Yoon Mi Rae sings “Always” a ballad with pop elements, for the “Descendants of the Sun” OST.

Considered as a gem in the indie band world, Locoberry is the composer behind “Always,” which stands out for the collaboration of a 20-member orchestra and acoustic piano as the melody. “Always” which talks about a destined love, will be the main love song for Song Joong Ki and Song Hye Kyo‘s main characters, and will maximize the feelings of the drama with its ardent melody.

The teaser video for “Always” that was released February 16, at 12 p.m., shows Song Joong Ki and Song Hye Kyo’s intense first meeting as well as other impassioned scenes, with Yoon Mi Rae’s voice shining through, raising expectations not only for the drama, but also the OST.

This “Descendants of the Sun” OST is the work of the mutual understanding between OU Entertainment‘s Kang Dong Yoon, a composor who was the music director for “My Daughter, Geum Sa Wol,” “Who Are You: School 2015;” and “Dream High,” and producer Song Dong Un, who has made many drama OSTs successful.

A representative from the production company confidently says, “With its robust story line, talented producers, and the best actors casted, the drama also raises the expectations for its OST, which also has an impressive line up of singers. The other tracks have been handpicked as the tracks that will best fit this drama, through frequent communication with the directing team. We have put in the effort to make a well made album that has a lot value, and not just another OST album.”

Watch the emotion-filled teaser for “Always” below!

“Descendants of the Sun” will be exclusively available on Viki, and will air every Wednesday and Thursday, with its first episode on Wednesday, February 24, at 10 p.m. KST.

Descendants of the Sun
Yoon Mi Rae
How does this article make you feel?