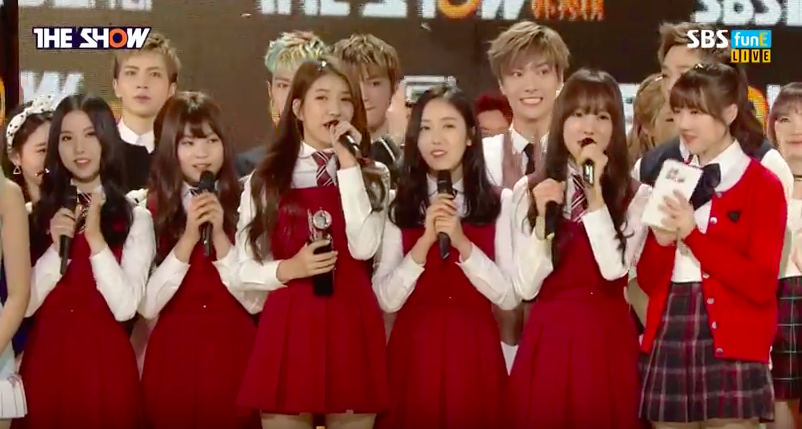 Watch: GFRIEND Grabs 8th Trophy for “Rough” on “The Show”

The girls of GFRIEND continue their winning streak with “Rough”!

On the February 26 broadcast of SBS MTV’s “The Show,” the girl group took home the eight trophy for their latest title track “Rough.” This marks their second consecutive week to win on “The Show.”

Coming in second was Teen Top with just 19 less votes than GFRIEND, and AOA Cream took the third place.

Member Yuju thanked their agency, staff and family members, loving fanclub BUDDY, and everyone who listened to their song for supporting their latest album. She finally said how they work even harder in the future.