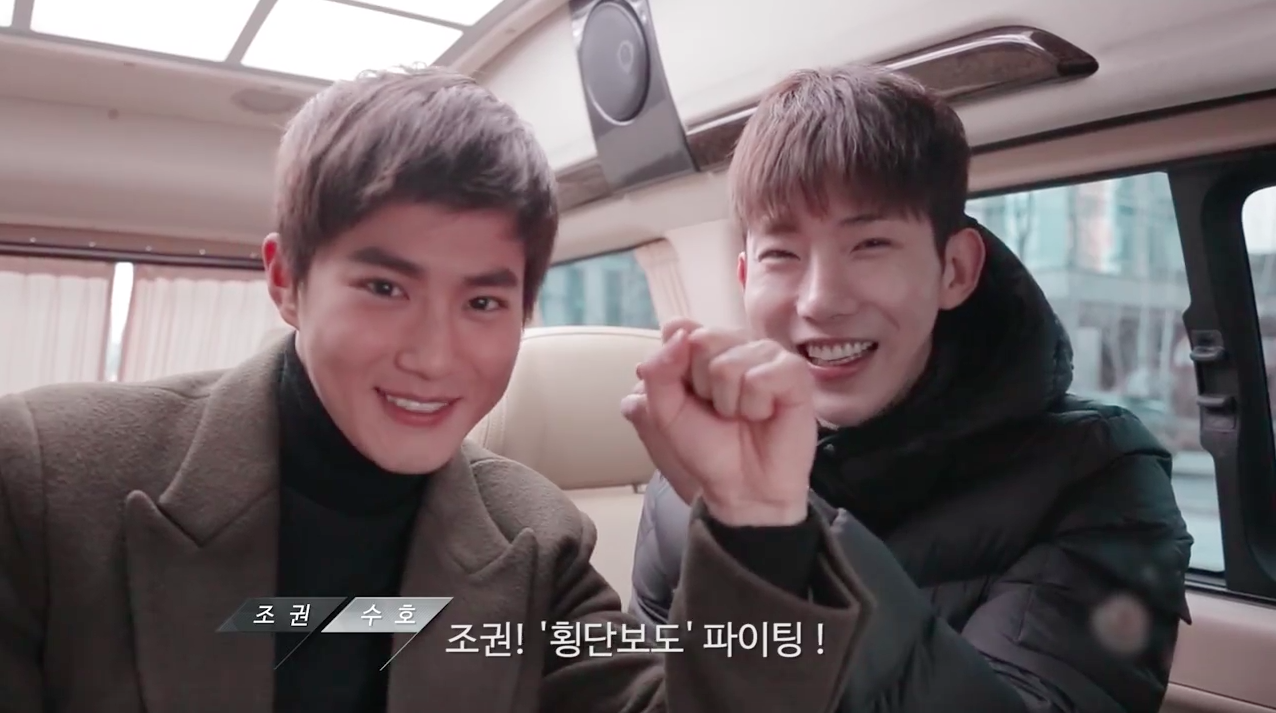 2AM’s Jo Kwon shows his appreciation to the star of his latest music video, Suho of EXO, in a newly-released behind-the-scenes video!

JYP Entertainment shared the video on February 17 at midnight KST, following the release of the music video for “Crosswalk” on February 15.

Although the music video is all in black and white, fans can watch Suho in color in the making-of video as he films his scenes on location with his co-star.

Jo Kwon soon arrives, bringing hot packs for Suho to help keep him warm in the freezing cold. Suho smiles happily when they meet, and then the pair take refuge from the cold in Jo Kwon’s van. Jo Kwon gives him the hot packs, and Suho says he was wearing some under his clothes but they’ve already lost their heat.

Jo Kwon then watches the rest of the filming, including one of the many scenes where Suho runs down the street. “How many times does Suho have to run today?” he asks with a laugh.

Suho says in his own interview that he was thrilled to find out he was going to act in Jo Kwon’s video, and expresses his feelings about the lyrics.

Support the artist by buying Jo Kwon – Crosswalk from YesAsia
EXO
2AM
Suho
Jo Kwon
How does this article make you feel?