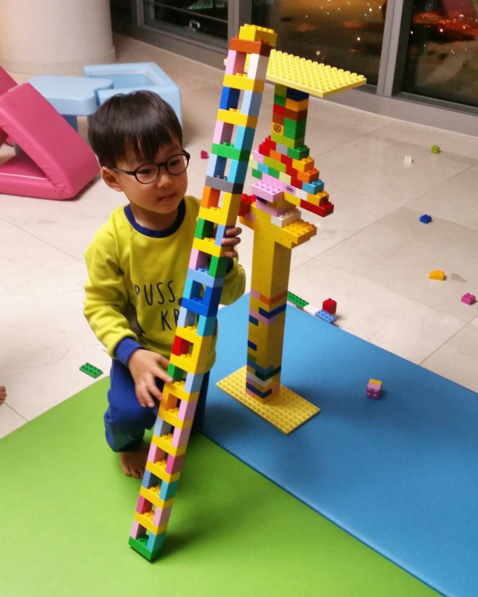 Song Il Gook and his beloved triplets left the reality show “The Return of Superman” last week, but we can thankfully now catch glimpses of their daily lives through Instagram!

On February 16, Song Il Gook posted photos to his new Instagram of his eldest son Daehan constructing towers and other buildings with toy blocks. Although he’s clearly amazed by his son’s work, he’s also hilariously not totally sure what all of his creations are.

On the first photo, in which Daehan holds up one of his creations for display, Song Il Gook writes, “As I’m taking a short (?) rest after dinner… I’m admiring the works of art that Daehan made in photos on my phone~ ^^ They’re a tall ladder and a high-rise building (?).”

In the second photo, Daehan stands next to another of his colorful constructions. Song Il Gook writes as the caption, “The title of this piece is… Tree? Pine tree? (I hope that my thickheadedness will not hamper the imagination and creativity of my children… T.T).” 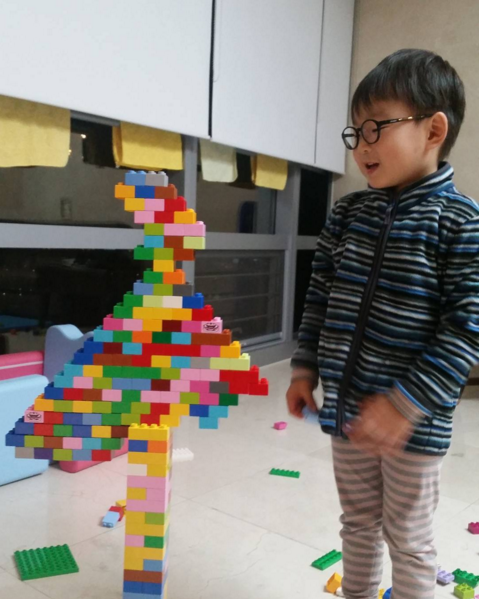 Song Il Gook also shared a short video on Instagram starring Daehan and his blocks, as well as Manse making his own construction in the background. The caption says, “The piece that surprised me the most! A conveyer belt for luggage at the airport. You can move things all the way to the end, and the details are really amazing… I’m such a fool for my son.”

In the video, Song Il Gook asks Daehan, “If a bag goes on here, it goes all the way to the end?” Daehan replies proudly “Yes!” and Song Il Gook says, “Wow!”

Daehan then says, “If someone comes along and falls over onto it, they get hurt and go, ‘Ouch, ouch!’”

In the last photo, Daehan sits in front of some toys as well as a painting. Song Il Gook writes as the caption, “Daehan is really into these magnet blocks lately. He made a camper-van for us, and said he wanted to go camping with his dad!” 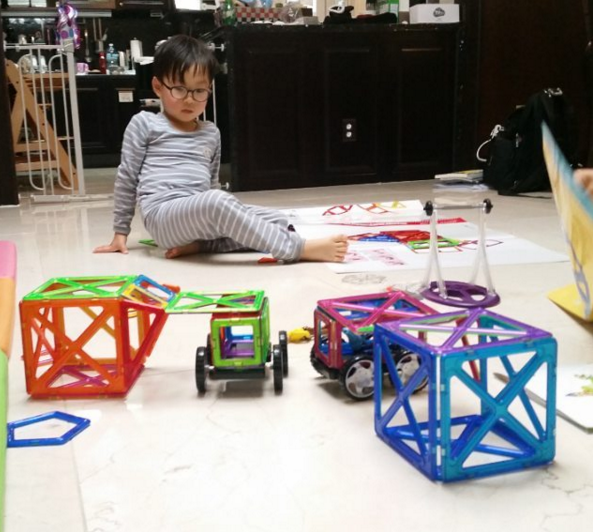 He then writes that that’s all for today, and promises that the next time he’s free, he will upload photos of Minguk!

Daehan
The Return of Superman
Song Il Gook
How does this article make you feel?