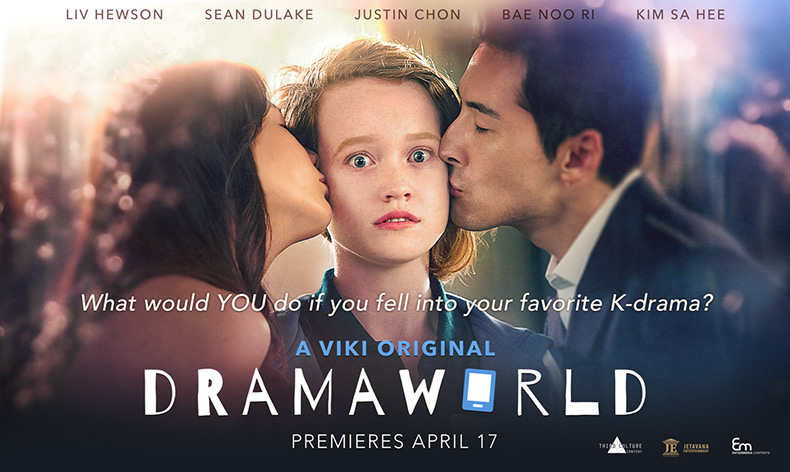 We’ve all yelled at our computer screen during a pivotal scene of our favorite TV show that just isn’t going the way we want it to. Now — imagine being so desperate to change the plot of your favorite K-drama that you are physically sucked into it.

That’s the main idea behind Viki‘s first-ever original series “Dramaworld.” Viki finally announced the premiere date of the series: Sunday, April 17. The series will be available exclusively on Viki, though if you’re in China you’ll be able to catch the series from co-producer Jetavana Entertainment.

The series, starring Liv Hewson, Sean Dulake, Justin Chon and more, was shot in Los Angeles and Seoul — combining the American life of a drama fan with the K-drama world. The series is written in both Korean and English to broadly appeal to the fast-growing global fanbase of Asian dramas. Fans of K-drama will also be delighted by some high-profile cameos in the series, including: Choi Siwon (who previously teased his deadly appearance) and Han Ji Min. More cameos will be revealed soon – but viewers can expect someone new each episode of the 10-episode series.

We’ll keep you updated as more information is released about “Dramaworld”! Check out the poster above and mark your calendars for April 17!