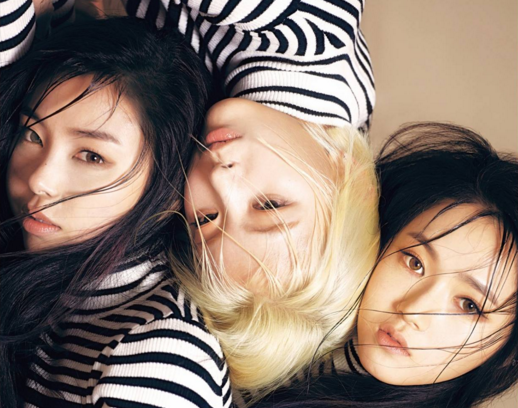 How Can Ladies’ Code’s Comeback Pay Tribute to RiSe and EunB’s Legacies?

Their car spun off the road into a barrier on the way back from a concert, and they saw groupmates EunB and RiSe, possibly the two people they were closest to on the planet, sustain injuries that would ultimately rob them of their lives.

If the trio had decided to turn their backs on the music industry and never set foot in a recording studio again, nobody would have blamed them one bit. Instead, only a year and a half after the tragic events of September 2014, the three surviving members will, on February 24, make what will be the most emotional of comebacks.

Understandably, it was baby steps to begin with for the surviving members, last seen at a tribute concert for their groupmates.

In November last year, the news broke that the trio had returned to their dormitory for the first time since 2014. How horrifyingly empty it must have seemed without EunB and RiSE there. Only Ashley, Sojung and Zuny can attest to the desolation.

At first, they were mostly receiving counseling. Many people who have experienced bereavement, however, find solace in returning to work. Staying busy, oftentimes, is the best way to recover.

Slowly but surely, and against all odds, the Ladies’ Code ball began to roll again. The girls and their management moved on to choosing concepts and music, and eventually rehearsing. And now, here we are, just days away from hearing from the surviving members for the first time since the tribute concert.

The girls have already released a preview video and a teaser image for “Myst3ry.” In the latter, the chilling presence of the “3” in the title and presence of only three members in the picture sends a shiver down the spine. 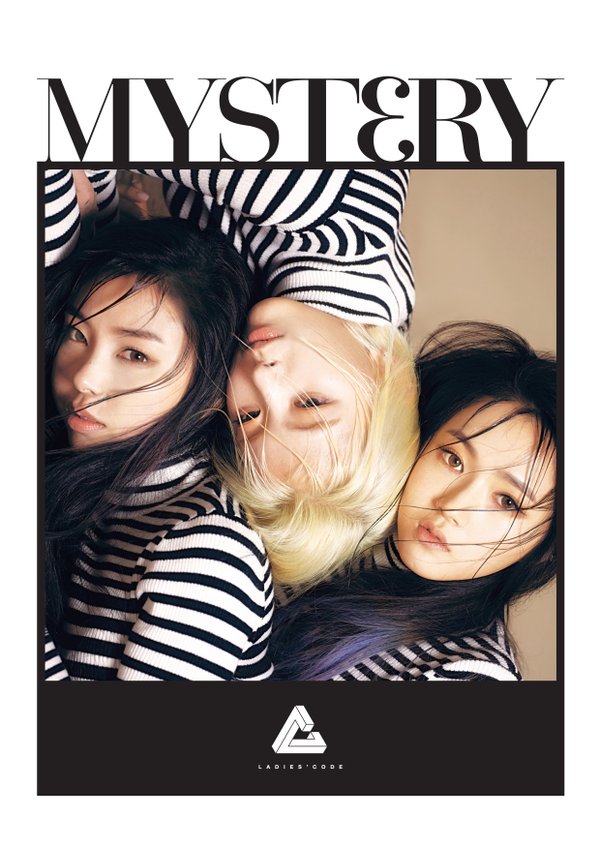 It is a stark contrast to the Ladies’ Code many of us once knew.

They were the rarest of K-pop girl groups, in that spreading joy was their main aim, and provocative titillation seemed at best a secondary goal. In the dog-eat-dog K-pop girl group arena where so many groups — including acts I follow intently, such as EXID and Rainbow — seem intent on either ramming excessive “cuteness” or overt sexuality down the throats of their fans, they can be considered a rarity.

Everything Ladies’ Code did just seemed like so much fun. And, more importantly, they seemed to have so much fun doing it.

Off the top of my head, I can only think of two all-female acts who try to do anything even remotely similar, and seem to delight in their work to the same degree – LABOUM and Crayon Pop. But if “liberatingly animated” is a K-pop concept at all, then Ladies’ Code were its undisputed queens.

Musically, their work was upbeat track after upbeat track. “Kiss Kiss,” “Hate You,” and “So Wonderful” all delivered the goods if you are a fan of any form of fast-tempo pop, and had jubilation as their central themes.

Even their raunchiest song, “Bad Girl,” went heavy on the happy and very sparingly on the risqué.

Their standout track, “Pretty Pretty,” embodies everything the group was about. Namely exuberant brass, a lively post-disco beat and adrenalized vocals.

But more than that, it was a festival of infectious Ladies’ Code smiles – from the music video…

…to the live performances…

…right up until the last time they ever sang it on stage as a fivepiece (click here if you can bring yourself to watch that).

Now let us go back to that teaser image again. Those serious expressions are like a body blow for the soul, a stark reminder of everything the world lost on that stretch of rain-soaked September roadside. Even so, the image is a reminder of the enormous courage of the three remaining members.

That they are even making a comeback is a giant tribute to EunB and RiSe’s K-pop legacies. It might sound clichéd, but you have to think that this return is what they would have wanted.

You have to think they would not have wanted their deaths to halt the careers of the three people on Earth they cared about the most.

In life, EunB and RiSe were unremitting agents of infectious cheer. 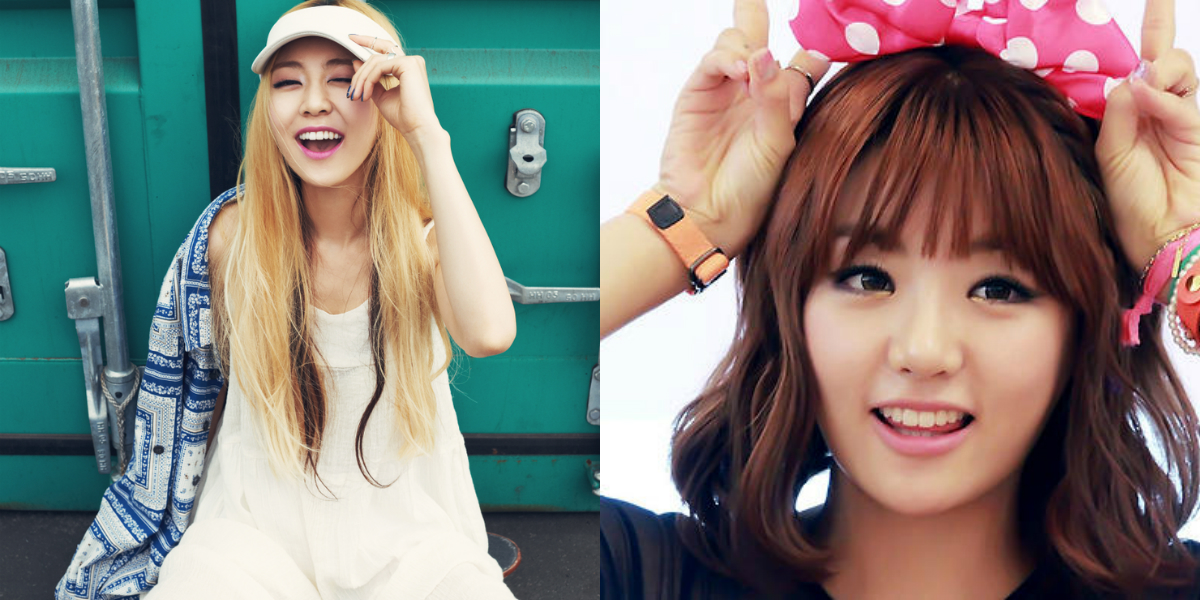 It was a cheer that inevitably rubbed off on their groupmates, fans, and the public at large, even if precious few noticed it at the time.

You have to hope that when the trio gets back onto the stage, we will see RiSe and EunB’s irrepressible legacy of cheer filter through.

Perhaps it is too much to wish for, but let’s hope that somehow, eventually, this musical return can bring those contagious Ladies’ Code smiles back. 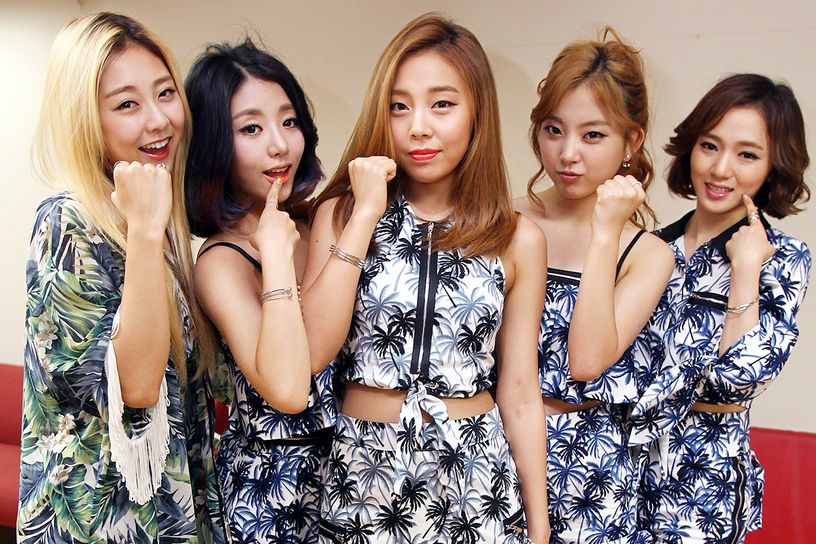 You’ve read my thoughts, Soompiers, now it’s over to you. What are your thoughts ahead of Ladies’ Code’s comeback? Let us know in the comments below.

timmydee is a music geek with a penchant for pop, an enthusiasm for electronica, and a hankering for hip-hop.

Ladies' Code
Soompi Spotlight
How does this article make you feel?