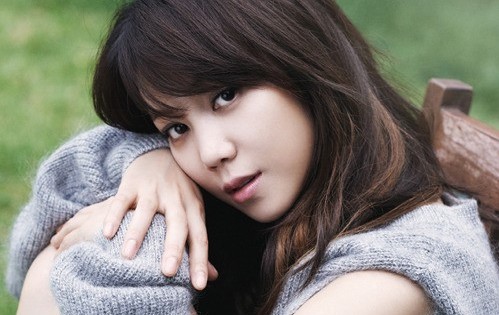 Kim Ok Bin revealed her own opinions on the “Sponsor” special on “The Its Know” (also known as “We Want to Know”).

On February 15, the female actress left a long message on her Instagram to show her dissatisfaction with the recent episode of “The Its Know.”

“I finally saw the ‘Sponsor’ special of ‘The Its Know,’” she started off.

“I was annoyed at the fact that they made it seem as if sponsorships were something commonly occurring in the field. However, when I saw fellow friends who were crying because of their wrong decisions, I was speechless and heartbroken,” she said.

“I am furious over the people that use their money to take advantage of the bleak reality of newly debuting talents just to step on their dreams and tease their hopes,” she added. “It is foolish of them to even go after those who are underaged. I couldn’t even sleep at the fury I felt at those who were playing with minors, saying they don’t know how the world runs yet. What kind of world are you, as an adult, trying to show them?”

“The real problem was the aftermath of the show,” she said. “It seems as if people now think popular celebrities = sponsors. The timing between the broadcast of this special by the investigative show ‘The Its Know’ and the recent release of the films ‘Veteran’ and ‘Inside Men’ that have a few scenes that give a people a strong sense of realism (though I loved both movies, I personally hate to see female actress portrayed as they are in the two films) add more credibility to this phenomenon,” she said.

“Now aspiring actors, who are racing towards their dreams, and current celebrities are having to endure constant questioning and side glances of suspicion,” she said. “Such information drilled into people’s heads by the media is changing the way they view celebrities. It gives life to their doubts, falsely confirming their suspicions.”

“I can only shake my head at how they are making it seem like success is impossible without a sponsor and that ethics must be sacrificed for money and fame. One dark side of the field is being exaggerated and taken out of context,” she said.

“I would dare say to those charging towards their dreams that they should keep on pursuing their goals. The sweeter a flower is the more likely bugs will hover around. There is no doubt that this evil system must be abolished. As someone in the field, I wish so more than anyone else. I hope the dear dreams of future actors and actresses will not be played with, taken advantage of, or questioned,” she said.

“I hope those with extra money in their pockets will learn to use their finances for the better good of the society. Am I being too rational?” she added.

Meanwhile, the episode of “The Its Show” aired on February 13 explored the world of sponsorships. The show revealed that sponsors did exist in the entertainment field and interviewed women who were approached with offers and brokers who mediated the meetings.

The Its Know
Kim Ok Bin
How does this article make you feel?