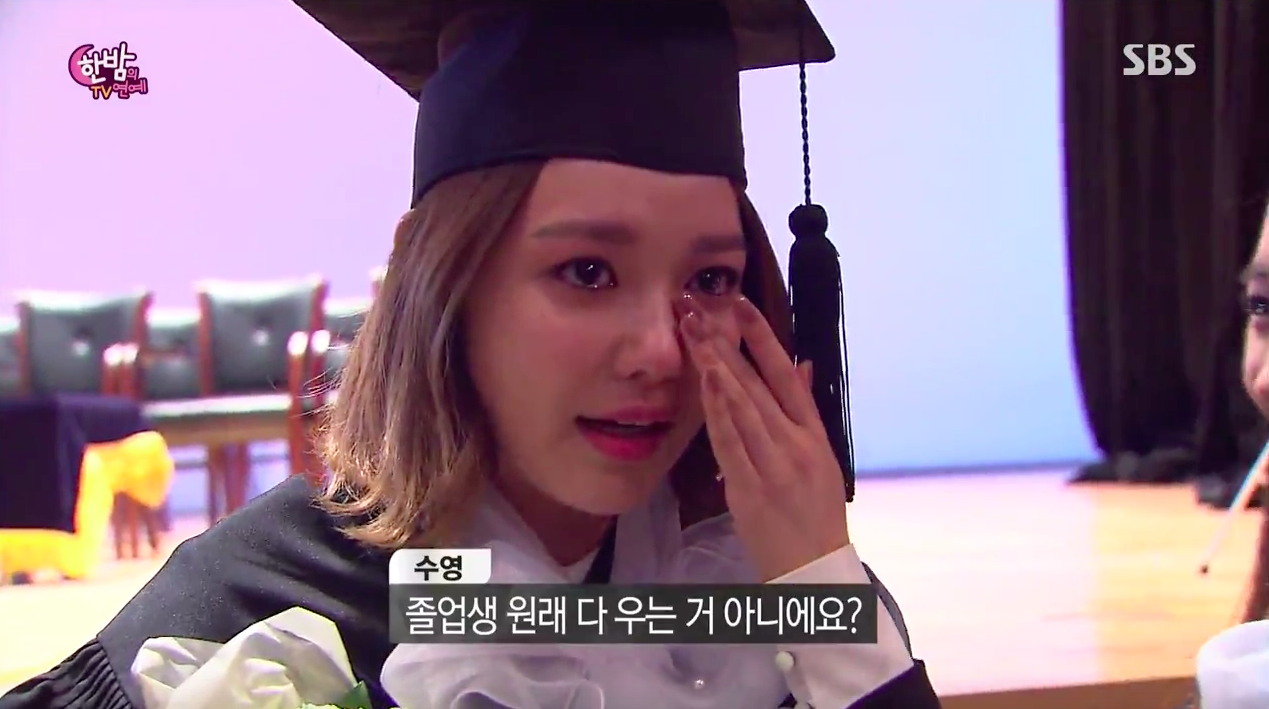 After seven years of juggling her studies with her work as a busy member of Girls’ Generation, Sooyoung couldn’t help but get emotional at her graduation ceremony!

February 17’s episode of SBS’s “One Night of TV Entertainment” shows the graduation ceremony of Yuri and Sooyoung, who used to be a host of the show, as well as actress Park Shin Hye. Sooyoung and Yuri walk into the ceremony together, and Sooyoung is asked by the reporter about the award that she will be receiving.

“I don’t deserve an award, but I’m very grateful that they are giving me one. And it’s even more meaningful since I’m graduating with Yuri!” she says. 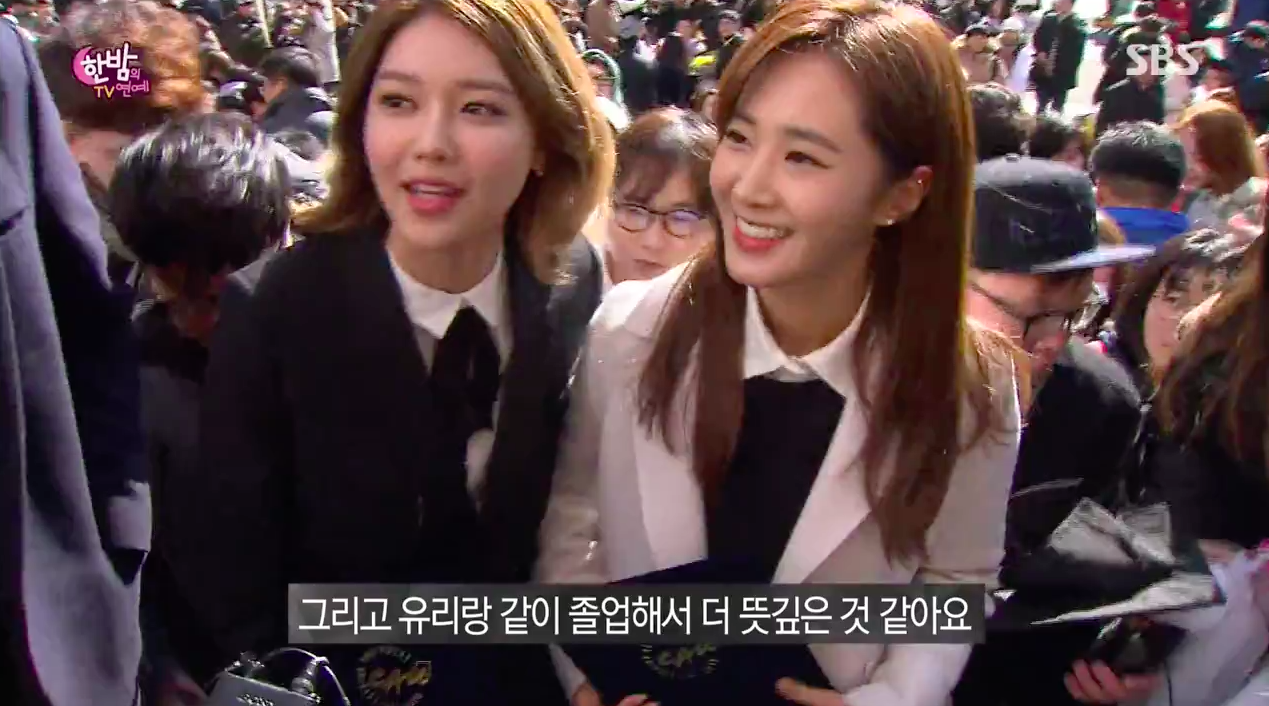 During the ceremony, the three stars receive awards for being promotional ambassadors for the school. 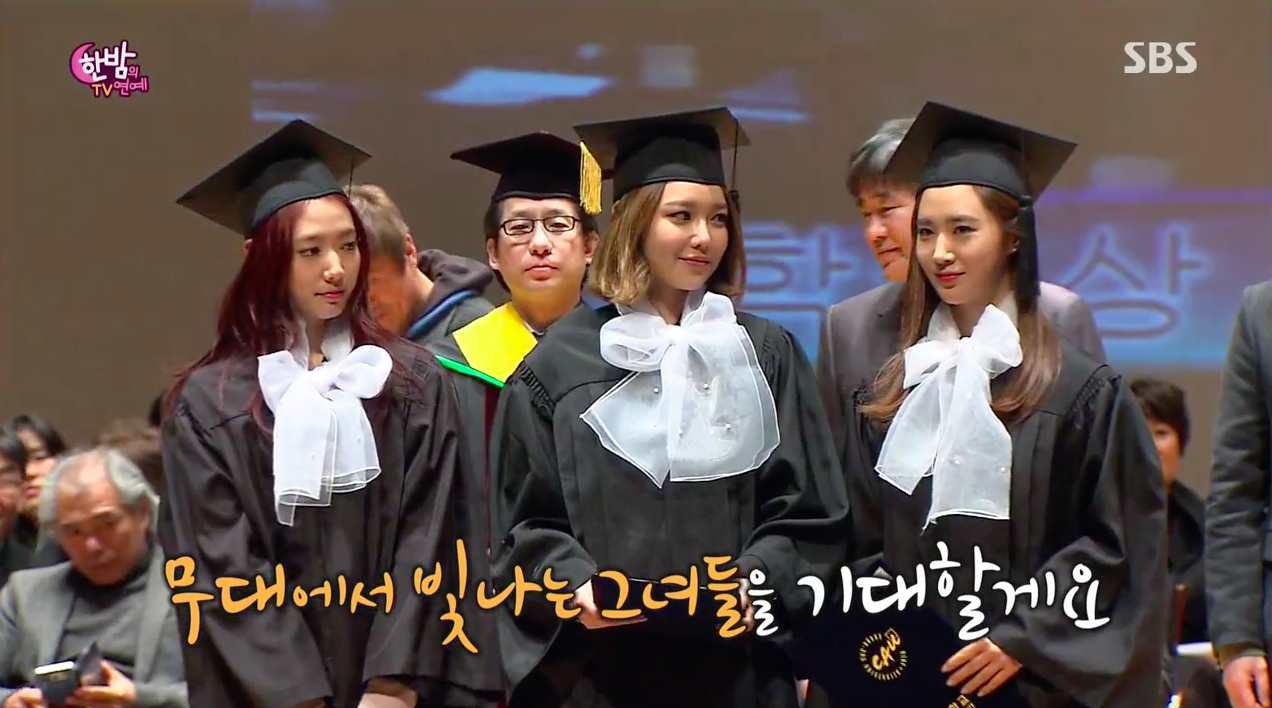 Sooyoung then starts to get teary, and Yuri comforts her as they talk about how hard it was to keep up with school due to their busy schedule as idols. Yuri says, “We’d get up early in the morning and come to school, and then go to the network and film something, and then come back.” 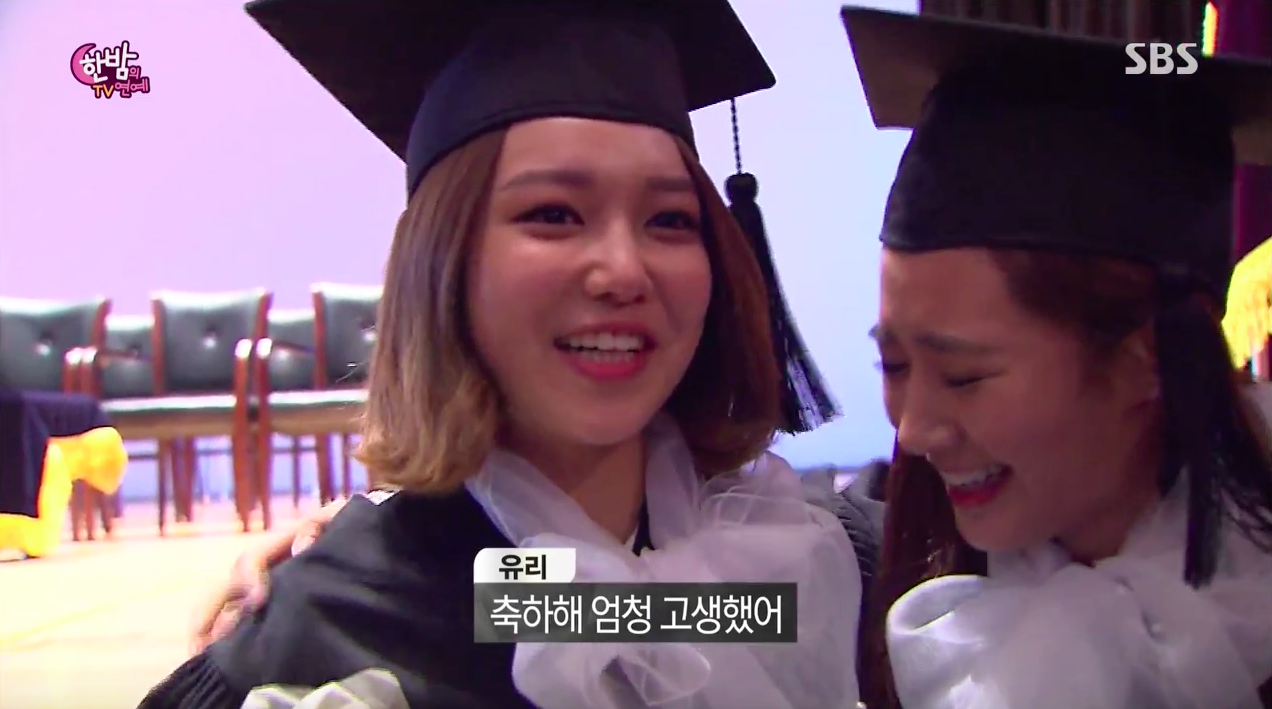 As Sooyoung wipes her own tears, she jokes to the reporter, “Don’t graduates usually cry?”

Check out photos from the ceremony here.

Girls' Generation
One Night of TV Entertainment
Sooyoung
Yuri
How does this article make you feel?