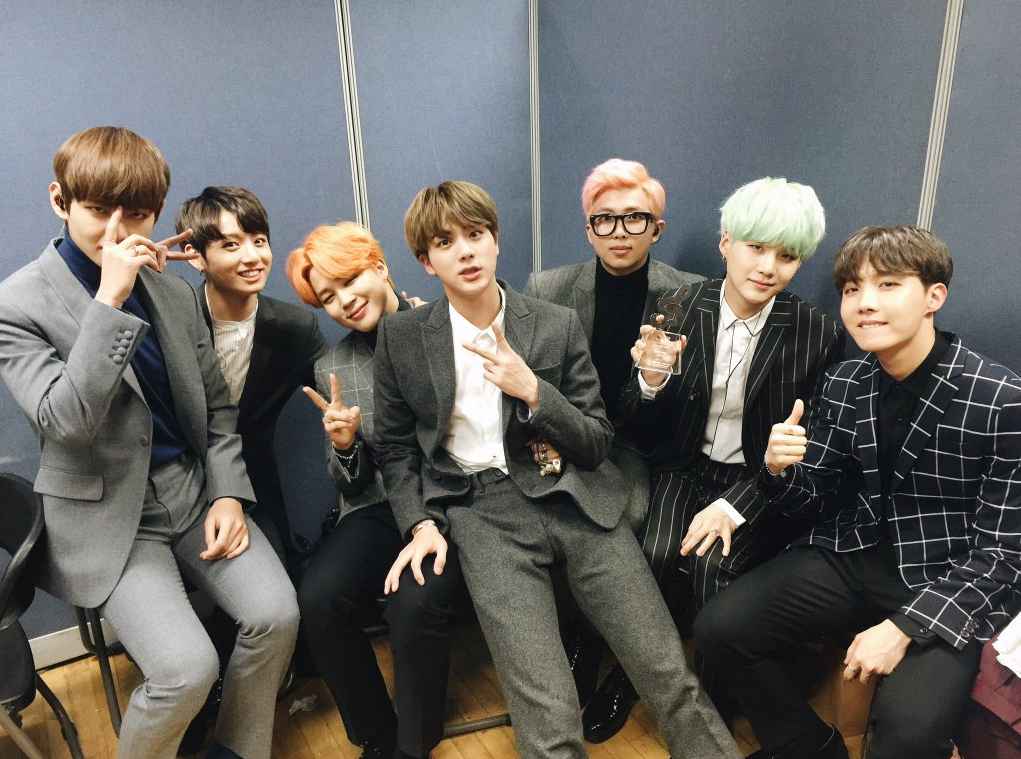 BTS Reveals the Secret to Their Global Popularity

Following their win, the popular group had an interview with news outlet Star News. First, they discussed their award and said, “We think this award was given to us not only from our fans in Korea but also from all of our fans all over the world. We will meet our [fans] through better performances in the future.”

The group also shared their thoughts on music and stated, “We think our greatest strength is how we express things that have reality through our music. Fans feel close to our music as though it’s their own story and receive emotional comfort. We would like to satisfy fans through our music.”

Upon being asked about their plans for 2016, they answered, “Nothing has been determined yet. However, we would like to emphasize once again that we are still young.” Although their youngest member Jungkook has officially become an adult, the members insist that they are still boys. Leader Rap Monster said, “Our maknae is still a minor with his Western age (Korean society considers 20 to be the age when one becomes an adult). We are not old. We will continue being boys for this year,” and laughed.

With their considerable global popularity, the group is asked about what their charms are. The members replied, “Teamwork and friendship. We have love and friendship amongst us. The bromance or brothership we have with each other is strong. We think our fans like seeing us together. That’s our strength. In addition to that we think they like us because our music and performances are cool. It’s embarrassing saying this with our own mouths. Haha.”

Starting out with their trainee period, the members have spent around seven years with one another. BTS talked about how they can know what members are thinking by just listening to their breathing sounds. After being asked about the secret to their great teamwork, the members commented, “We know very well that each member is lacking in various areas. There is no perfect person amongst us. Since we know each others’ weaknesses, we work hard. Because we’ve lived with each other for a long time and know each other very well, we feel like brothers. We feel happy when we’re together.”

The members also talked about hoping to try out various projects such as variety or acting. Rap Monster also expressed his hope to release some solo work this year. They revealed, “Although nothing has been determined, we hope to show various sides of ourselves. We would like for this year to be full of different activities depending on each member’s skills. We won’t be too ambitious and will methodically rise. We’re always thankful to our fans.”

We hope BTS continues to be successful this year and in the years to come!