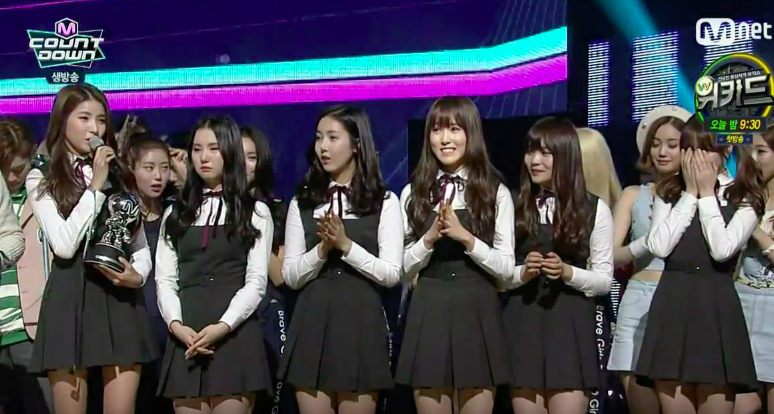 The girls of GFRIEND continue their impressive winning streak!

On the February 18 broadcast of Mnet‘s “M!Countdown,” the girl group took home their 10th trophy for “Rough,” as well as grabbed their first Triple Crown since debut. Triple Crown is a special award given to artists who win No.1 on “M!Countdown” for three consecutive weeks.

Coming in second place was boy group WINNER with “Sentimental.”

Humbled to receive their first Triple Crown, member Sowon first thanked their fanclub BUDDY for supporting them, and went on to thank their agency, staff, family members, and her fellow members.

GFRIEND
M!Countdown
How does this article make you feel?