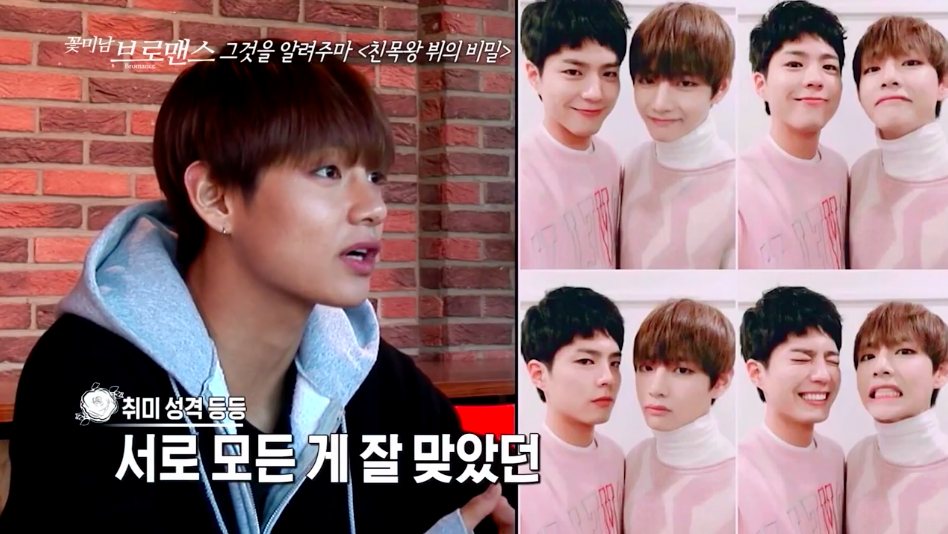 On February 18’s episode of “Celebrity Bromance,” BTS’s V and Kim Min Jae continue their bro-adventures after having a relaxing but painful massage together in last week’s episode. 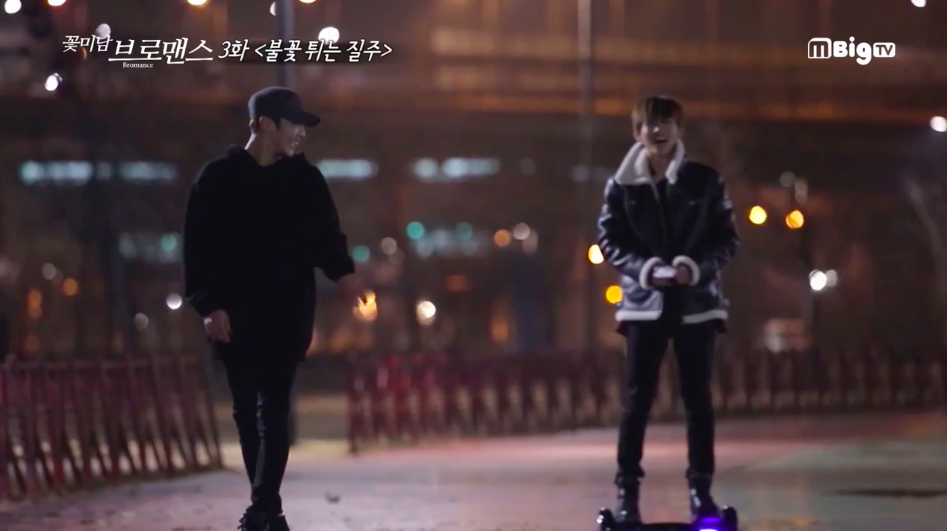 They decide to play some basketball, and V starts to just walk away from his wheel board. “You have to take this!” says Kim Min Jae. 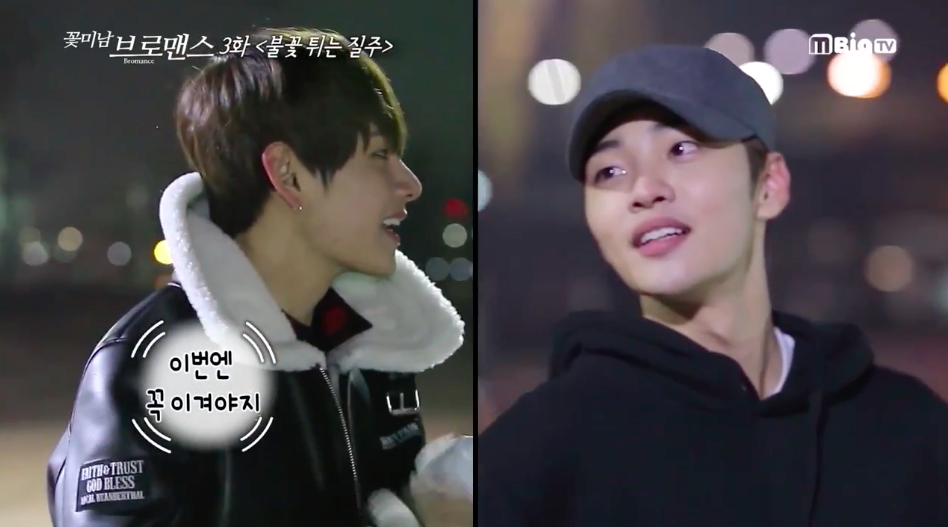 V then impresses Kim Min Jae with his skills on the basketball court, and the two have fun taking a cute selfie together. 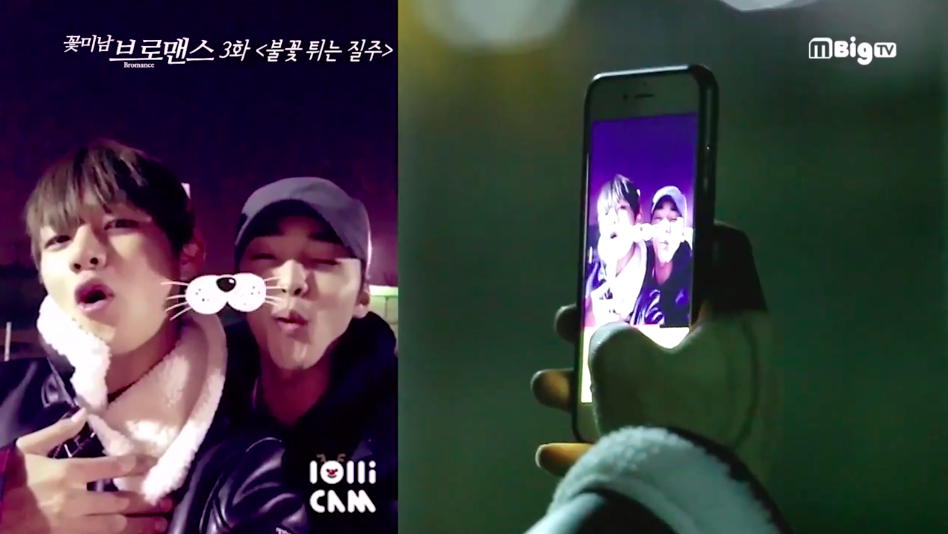 “Celebrity Bromance” then moves on to an interview with V where he first talks about his friendship with actor Park Bo Gum. V says, “We met because he’s the host of a music show. We exchanged phone numbers once, and as we’ve talked, we’ve found things in common like our hobbies.”

“I went on an outing with Park Bo Gum once,” he continues. “We thought that there wouldn’t be many people at Lotte World because of MERS, and if there were people there, they would all be wearing masks.”

“When we got into Lotte World, everyone was walking around without masks,” V says. “Not long after that, people began to gather. We just went on two or three rides and then realized it wasn’t going to work, so we left.” 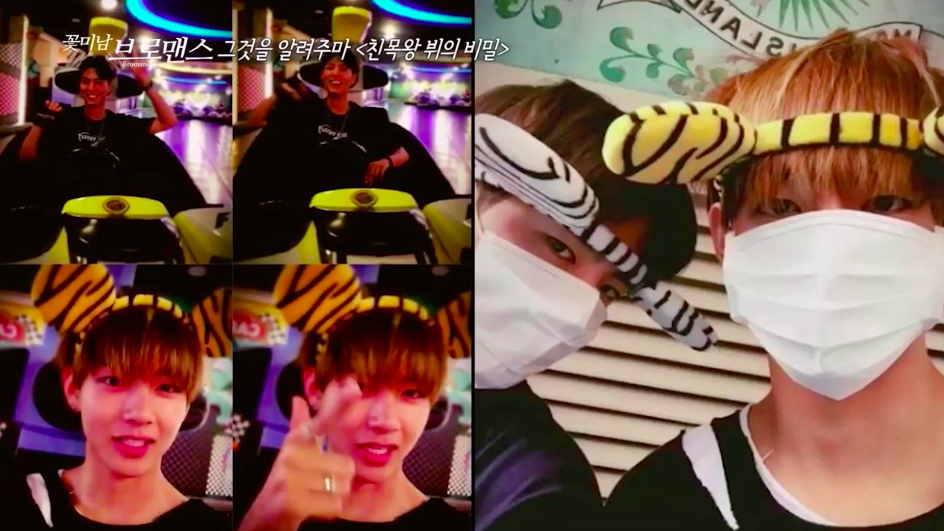 V also talks about his friendships with BTOB’s Yook Sungjae, and EXO’s Suho. He says that he became friends with Yook Sungjae when they met in a bathroom soon after BTS’s debut and Yook Sungjae said they should be friends because they are the same age. 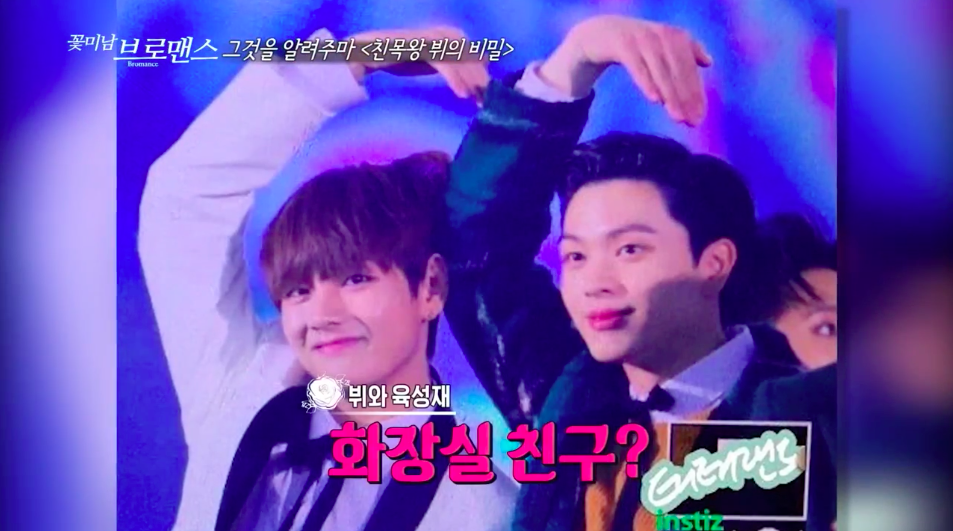 He continues, “When Suho was hosting a music show, we’d say hello a lot, and our promotions often overlapped. If you meet someone a lot for a show, it seems like you just get close somehow. You smile and support each other.” 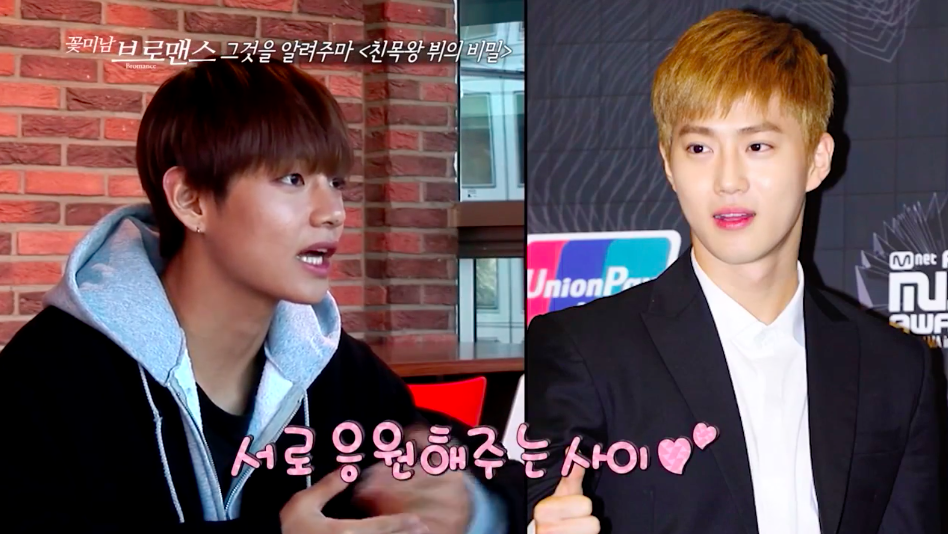 He also reveals that he has a group chatroom with VIXX’s Hongbin, B1A4’s Gongchan, and Suho. “But we don’t talk in it,” he admits.