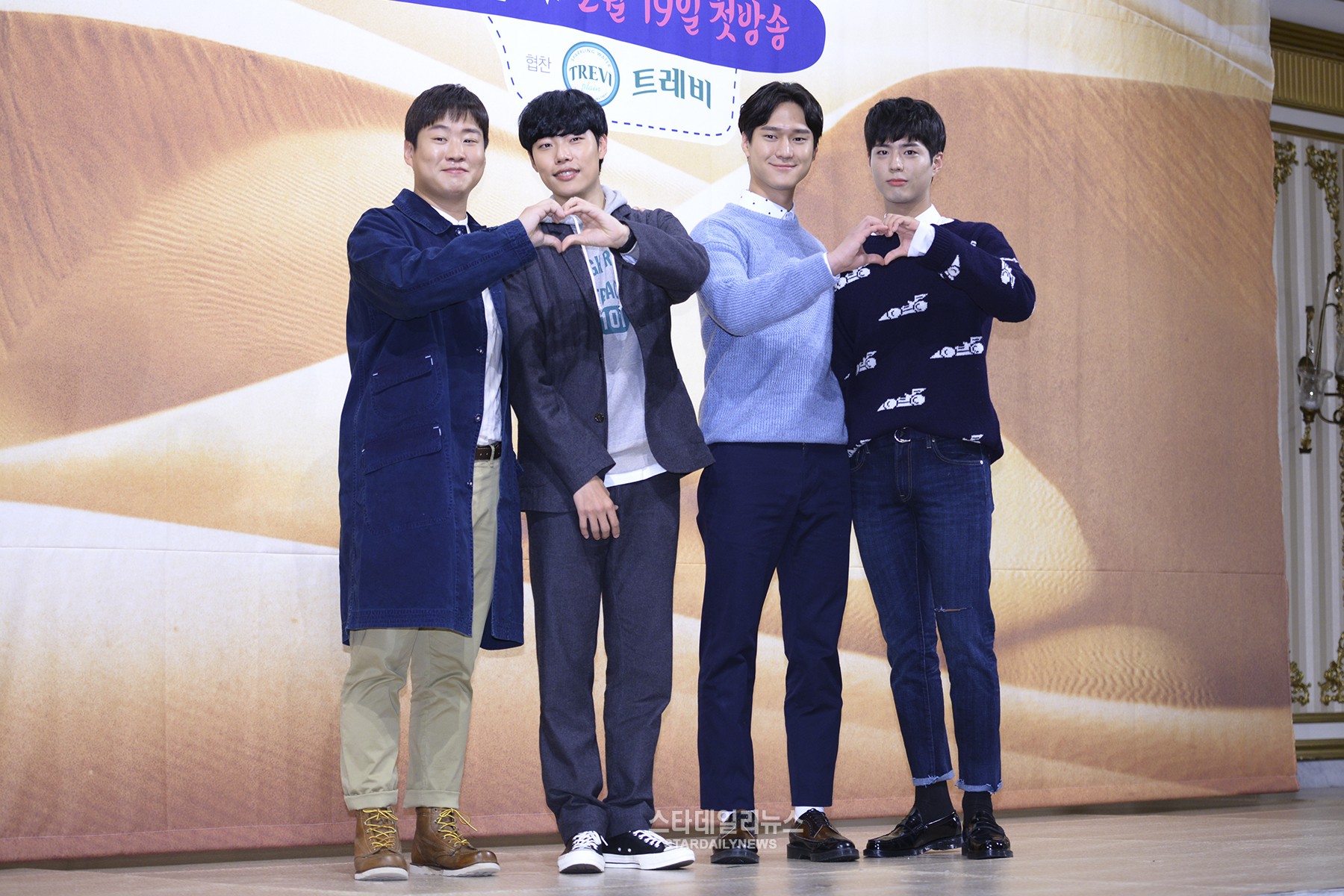 PD Na Young Suk has explained why Lee Dong Hwi was not included in the cast of the new season of “Youth Over Flowers” along with his fellow male stars of “Reply 1988.”

Na Young Suk and other members of the production team joined “Youth Over Flowers” stars Ryu Jun Yeol, Park Bo Gum, Ko Kyung Pyo, and Ahn Jae Hong at a press conference for the new season of the travel reality show on February 18.

The four actors recently travelled together in Namibia, Africa after being “kidnapped” by the “Youth Over Flowers” crew from a “Reply 1988” cast and crew trip in Phuket, Thailand. It was reported at the time that Lee Dong Hwi was unable to participate because of schedule conflicts.

At the press conference, when asked why Lee Dong Hwi wasn’t included in the group trip to Namibia, Na Young Suk replies, “I worried a lot about this. These guys asked me as well. ‘Are we the only ones going?’ they asked me in Phuket. ‘Isn’t Lee Dong Hwi going?’”

“At that time, I was very upset and felt sorry. It wasn’t that I purposely left out Lee Dong Hwi, but I confess that I didn’t worry about it enough,” Na Young Suk explains. “As I explained earlier, after the first episode of ‘Reply 1988’ aired, we didn’t know it would be this popular and that each and every one of the characters would be in the spotlight. We made our [casting] decision naively.”

Na Young Suk goes on to explain that they had made arrangements with their management companies two months before the trip, back when the stars were for the most part all unknowns. He adds that it was difficult to suddenly add in another person after they realized how popular Lee Dong Hwi would become. He also says that as he watched the show, he discovered other charming stars such as Ryu Hye Young (who played Bo Ra) and Choi Sung Won (who played No Eul), but the cast had been decided on too long before.

Na Young Suk goes on to say, “I’d like to take this chance to express my apologies.”