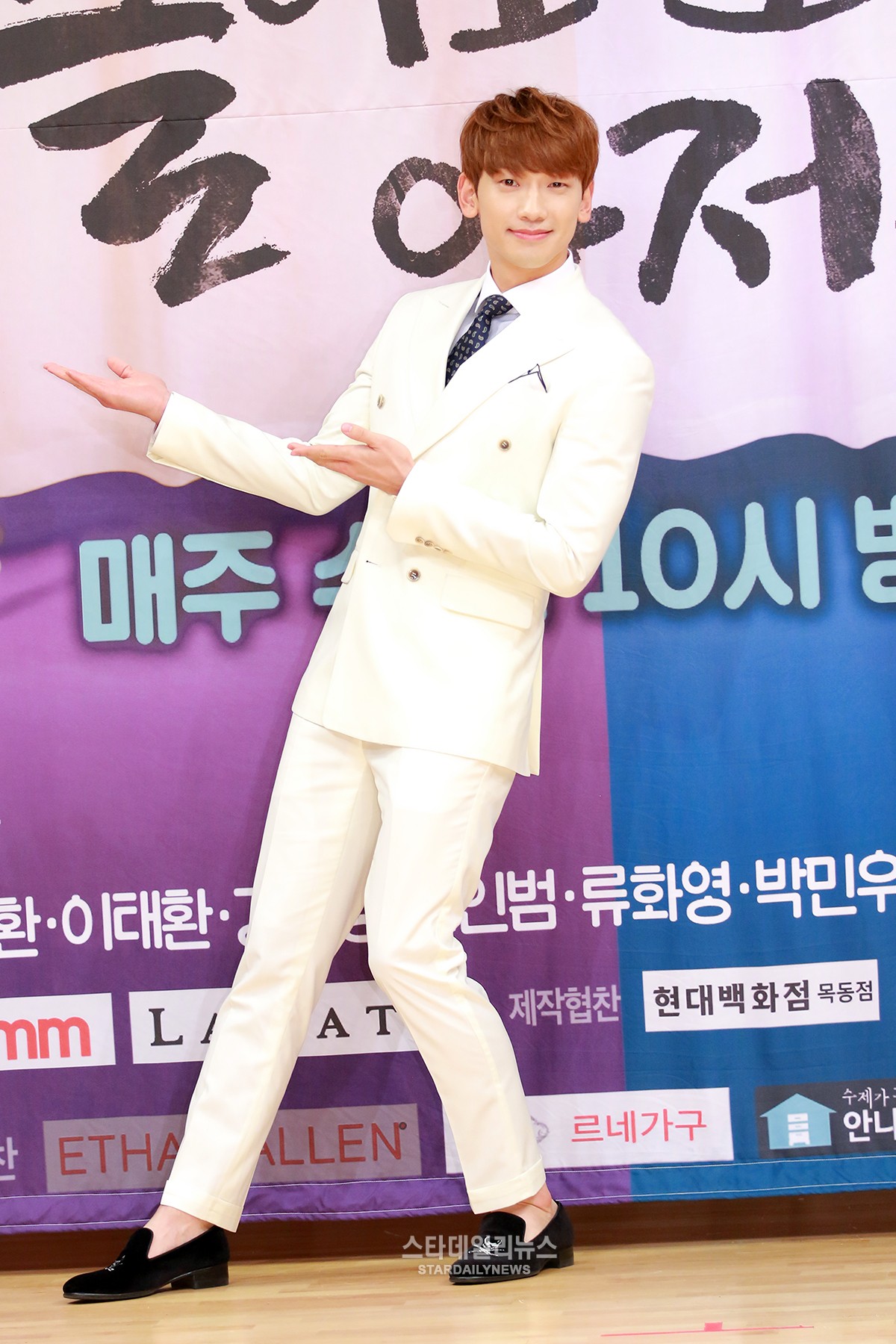 Rain Says He Practiced Pronunciation for 2 Months Before Filming “Please Come Back, Mister”

Actor and singer Rain admitted that he practiced his pronunciation prior to the filming of the upcoming SBS drama “Please Come Back, Mister.”

At the press conference for the drama on February 19, Rain was joined by co-stars Kim Soo Ro, Kim In Kwon, Oh Yeon Seo, Honey Lee, and many more. On his character, who is body-jacked by the soul of Kim In Kwon’s character Kim Young Soo, Rain admitted, “From proofreading the pronunciation to practicing the vocalization, I practiced for two months prior to the start of the project.”

Rain also opened up about the filming process. “Even the differences of opinion I had with the director helped things go smoothly. The director’s unwavering belief in the participating actors brought us all to this point. I think, between the emotional performances by the actors and the great writing, everything [about this drama] will all help us as actors going forward.”

“Please Come Back, Mister” is about two recently deceased men who get a second chance at life, returning from the afterlife to body-jack two completely different people. The first episode will air on February 24 following the completion of “Remember.”

Please Come Back Mister
Star Daily News
Rain
How does this article make you feel?