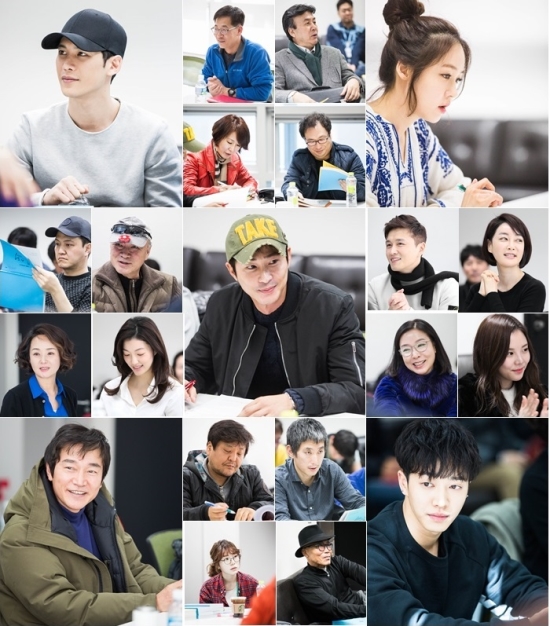 The director said, “Because I know that the writers and actors will do well, I will also work hard to film well and make a good project. Let’s work hard and go hand in hand until the 50th episode.”

Kang Ji Hwan, who is playing the lead role, said, “It’s an honor to work on a good project with so many of my seniors. I hope to be a good middle-man between my seniors and juniors.”

He plays Kang Ki Tan, a man who has lived up until now with the burning desire to avenge his family. His enemy will be played by Jung Bo Suk, whose character’s name is Byun Il Jae. The two actors built up a layer of tension just by reading the script.

Park Ki Woong plays the prickly and rebellious Do Gun Woo, while Sung Yuri plays the woman who has caught both his and Kang Ji Hwan’s attention, Oh Soo Yeon.

A representative from the drama said, “It’s a little difficult from the start because there are so many actors and the drama is set to be 50 episodes long, but the actors clicked from the moment they met.”

“Monster” aims to tell the story of a man whose life and family were stolen from him by a massive, powerful corporation and manages to find love even while he seeks revenge among the hidden, dirty depths of the privileged classes.