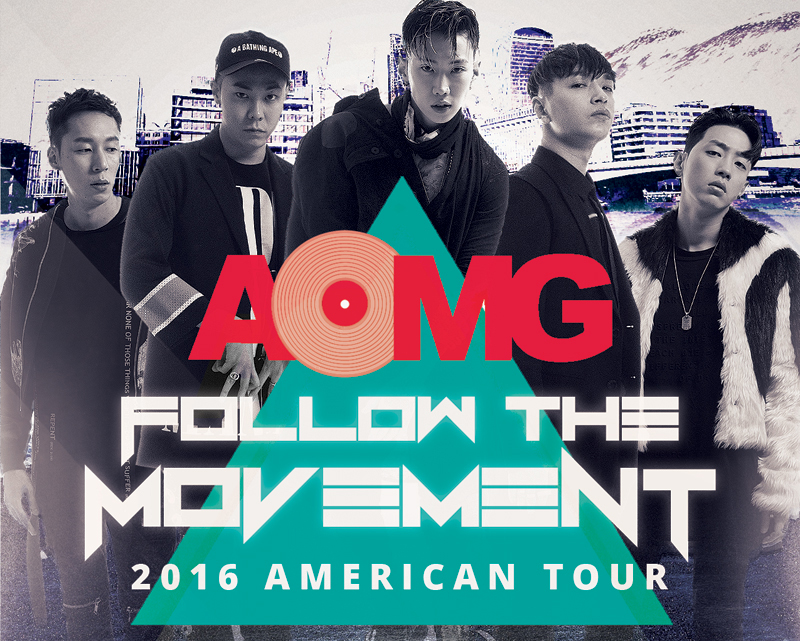 Awesome new for K-hip-hop fans in the US!  AOMG will be returning to the US this April for their “Follow The Movement 2016 American Tour.”

Featuring Jay Park, Simon Dominic, Loco, Gray and DJ Pumkin, this will be a much bigger tour than their previous 2014 tour that visited Los Angeles, New York and Washington DC. This time they will be visiting eight cities across the country over a two week period, making it their biggest international tour to date.

Tickets will go on sale next week on February 26. Promoted by SIVA group, you can find out more info on the tour’s official site here. 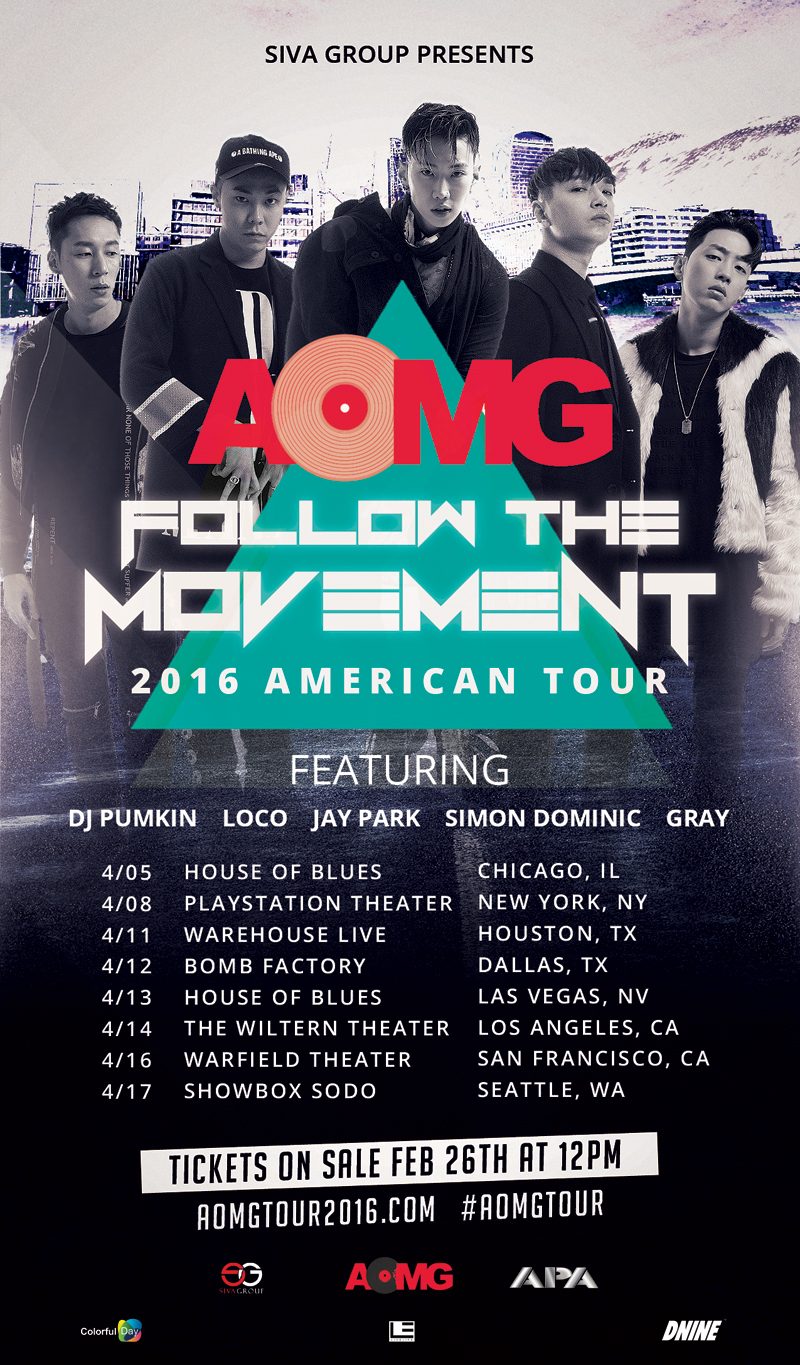