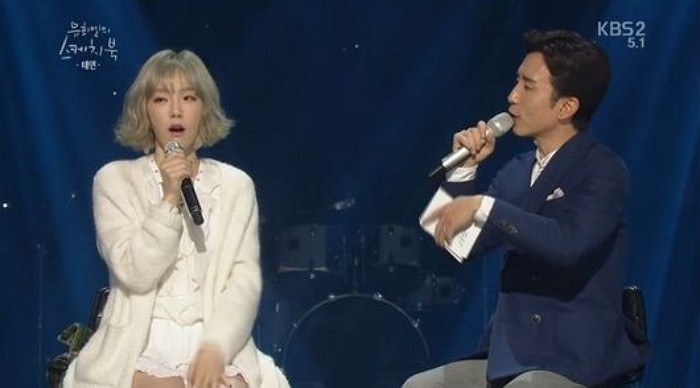 When MC Yoo Hee Yeol asked how Taeyeon came to become a singer, she responded, “I went to audition for SM Entertainment in person. It was a ‘Best Youth Contest’ and I was in my second year of middle school. When I was first training to become a singer, I didn’t know I would be in a group like Girls’ Generation. On the other hand, I didn’t think that I had to go solo either.”

Various stars from SM Entertainment are known to have become trainees through the “Youth Best Contest,” with TVXQ‘s Changmin being one of the more notable artists through his audition.

Watch Taeyeon’s performances of “I,” “Rain,” and “Gemini” on “Yoo Hee Yeol’s Sketchbook” below!