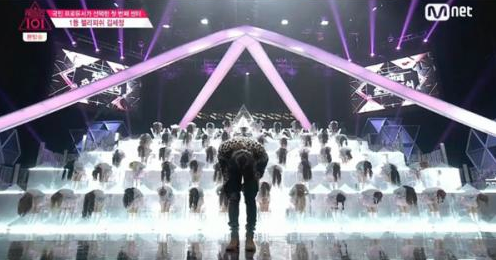 The February 19 episode of Mnet’s “Produce 101” featured their first elimination and rankings reveal on the show, resulting in tears of sadness and happiness. Many were interested in which trainees would make the cut resulting in the show’s highest ratings yet.

Rankings were based on the results of online votes as well as from their previous group performance battles. Only the top 61 trainees were able to stay in the running for one of the final 11 spots for the project girl group.

The second round of online voting has already started. Stay tuned for future episodes of “Produce 101” which airs every Friday at 11 p.m. KST.

Find out the new top 11 trainee rankings below! 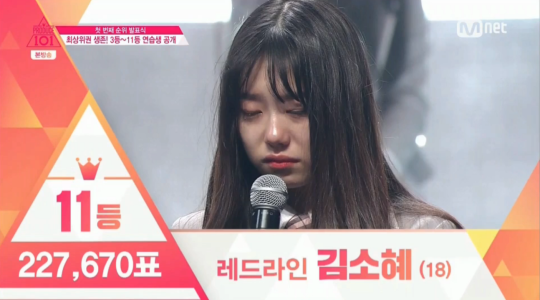 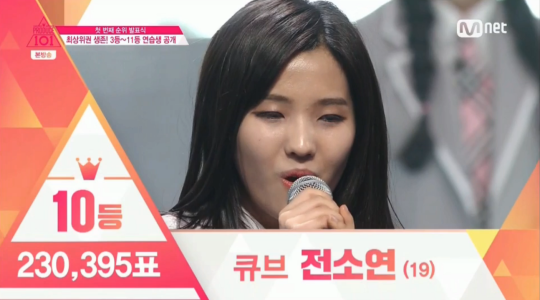 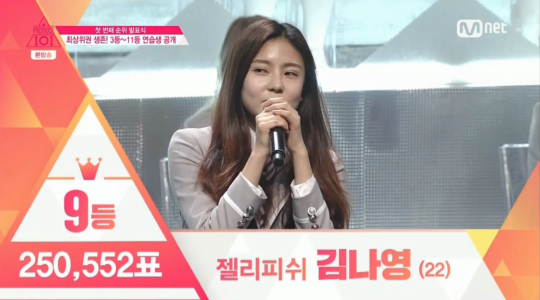 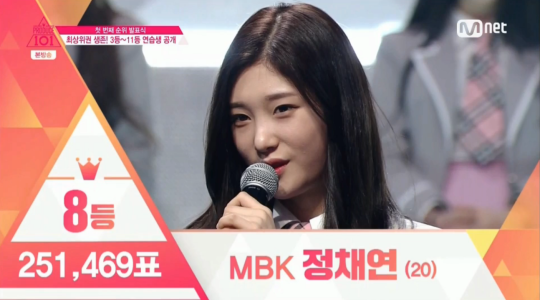 MBK’s Jung Chaeyeon got 8th place. She is a member of girl group DIA. 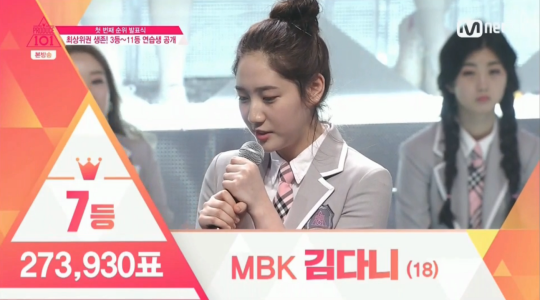 MBK’s Kim Dani ranked 7th place. You might remember her from a T-ara music video. 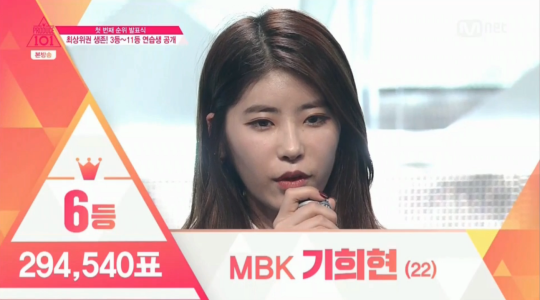 MBK’s Gi Hee Hyun, who goes by the name Cathy as a member of DIA, received 6th place. 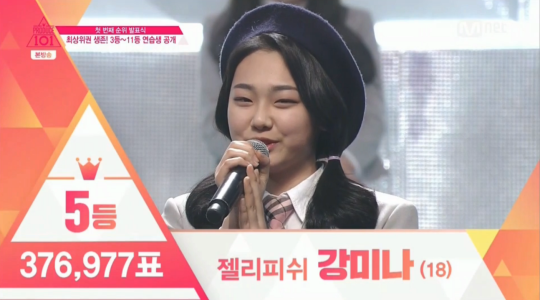 Jellyfish Entertainment trainee Kang Mina came in 5th place. She is receiving a lot of love for her adorable eye-smile. 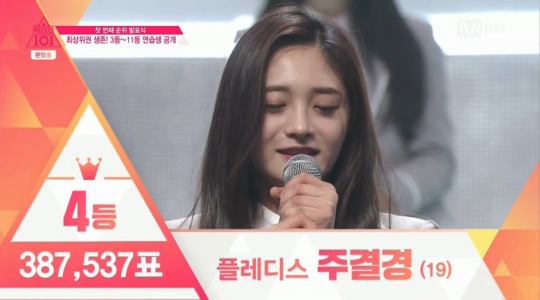 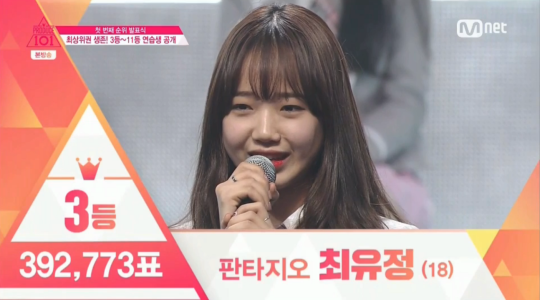 Fantagio trainee Choi Yoojung came in third place. She received much positive attention after being selected to be in the center for their very first performance on “M!Countdown.” 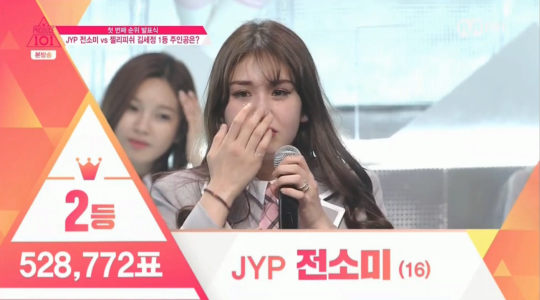 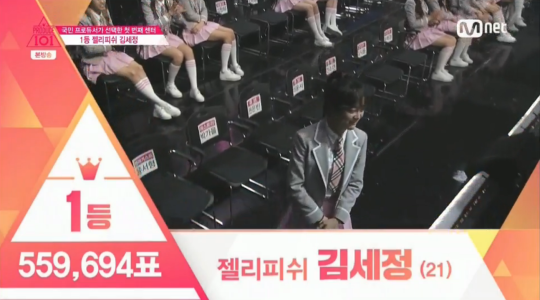 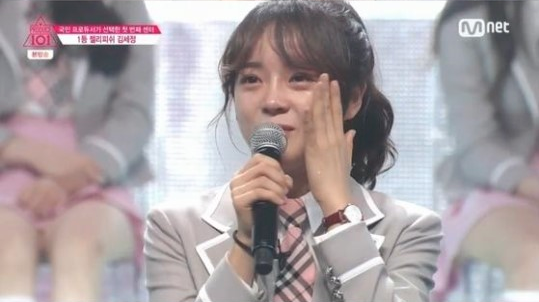 Jellyfish Entertainment trainee Kim Sejung received the most votes and got 1st place. She has been in the spotlight for her talent, leadership, and kindness.

Who are your favorite trainees?