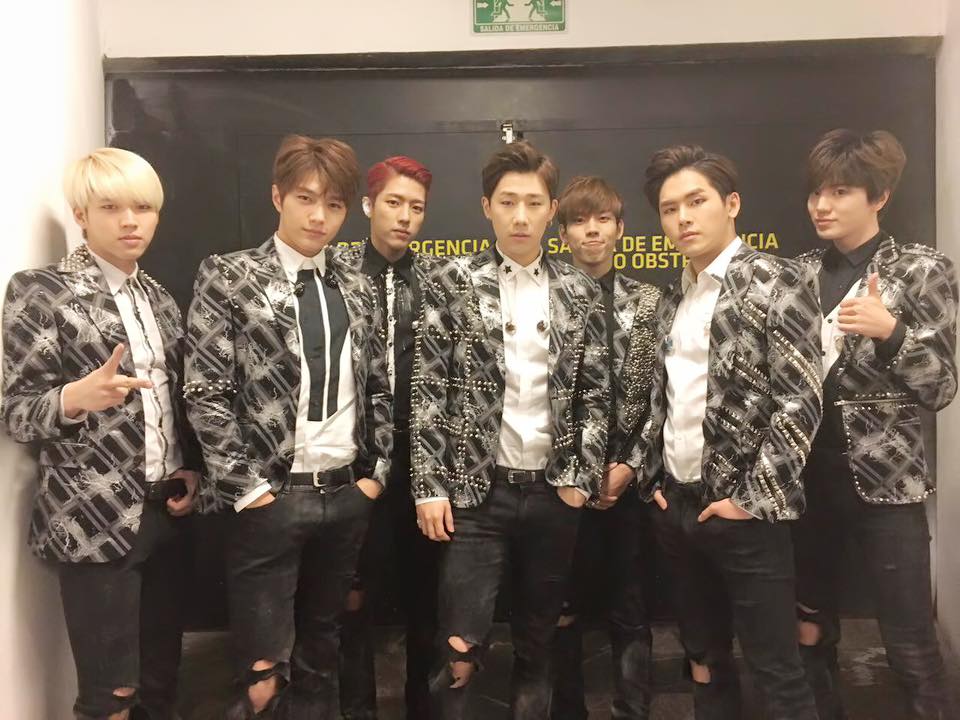 INFINITE Shares How They Feel About Getting Underwear Thrown at Them

Boy group INFINITE recently shared how they feel about excited fans who throw their undergarments on stage.

The members sat down for a press conference ahead of their “INFINITE EFFECT” encore concert held at Olympic Park Gymnastics Stadium in Seoul on February 20. This marks the end of their latest world tour with 21 stops in 18 cities and 16 countries.

Last month, the group met their Mexican fans while touring around South America. During their concert in Mexico, member L had a mysterious piece of clothing — which he mistook for a piece of underwear — thrown at him. According to some international fans, the clothing item was actually a Mexican wrestling mask, but many believed it to be a pair of panties.

During the Seoul press conference, L and Sunggyu looked back at the experience of getting underwear (or similar garments) thrown at them. “At first, we were extremely confused, but we soon found out that such gesture means they are excited about our concert. We felt grateful,” they laughed.

“We believe the received underwear was returned to the fan via local concert staff,” the members finally revealed.

Check out the video of L catching “underwear” and getting all confused here!