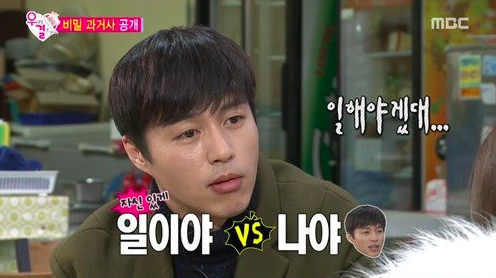 On the February 20 episode of “We Got Married,” Oh Min Seok opens up about being dumped by his former celebrity girlfriend.

He starts by explaining to his virtual wife Kang Ye Won that his celebrity ex dumped him right there on Anmyeon Island, where the two are having supper. Kang Ye Won asks him, “Why did she break up with you here?”

Oh Min Seok explains, “She was an aspiring actress, but I hated that my girlfriend was a celebrity. She was on her phone the entire time I was in the restroom. Normally she wouldn’t take calls [while we were together], but it seemed like she was expecting a call that day.”

He continues, “So when her phone rang again I answered it, and it was some guy. I asked who it was and he said he was a department head at an agency. My girlfriend got mad at me for answering her phone, and lied to the guy and said that she didn’t have a boyfriend. I found out that she’d been lying to me about not doing any acting work.” 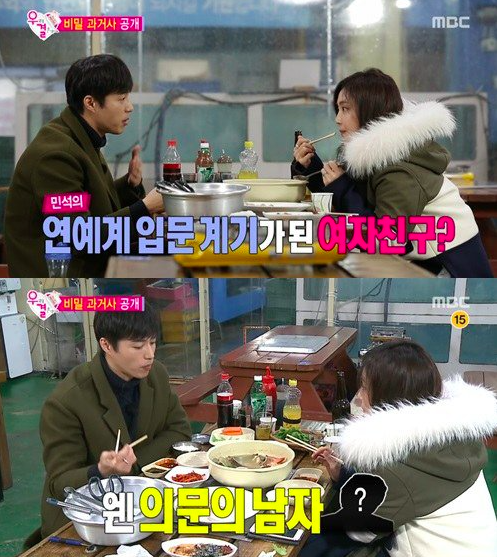 He says he gave her an ultimatum: she had to choose between him and her work. She picked her work, and so the two broke up. “I was totally shocked. I couldn’t understand how she could dump me for the celebrity life.” But in the end, Oh Min Seok confesses he’s thankful to that ex-girlfriend, since it was thanks to her that he had the opportunity to become an actor himself.

Funny how things work out in unexpected ways like that! You can watch Oh Min Seok tell the story in the video clip below.

Oh Min Seok
Kang Ye Won
We Got Married
How does this article make you feel?