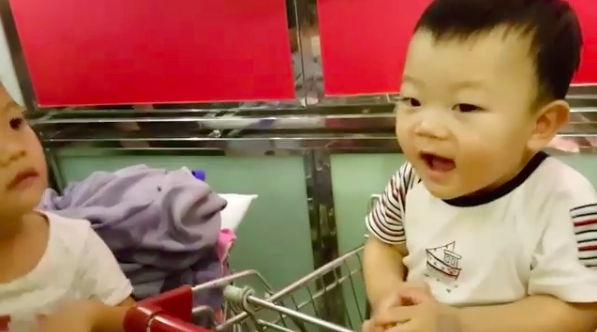 Lee Dong Gook‘s son Daebak has learned how to politely greet more of his international fans!

On February 21, Daebak’s mother Lee Soo Jin posted a video to Instagram of Daebak and his older sister Soo Ah both sitting in carts in an elevator. The pair of them politely put their hands together and bow as Soo Ah says “Hello” in Thai, and Daebak does his best to mimic her.

Lee Soo Jin writes as the caption, “If they see a Thai person, they automatically politely put their hands together and say ‘Hello.’” She then writes in Thai in the hashtags, “Hello” and “Thank you.”

Lee Soo Jin has been regularly sharing photos of the family’s trip in Bangkok, where one of their eldest twins Jae Ah is participating in a tennis match.

You can catch more of Daebak and his family in the latest episode of “The Return of Superman” below!

Lee Dong Gook
Soo Ah
The Return of Superman
Daebak
Lee Soo Jin
How does this article make you feel?