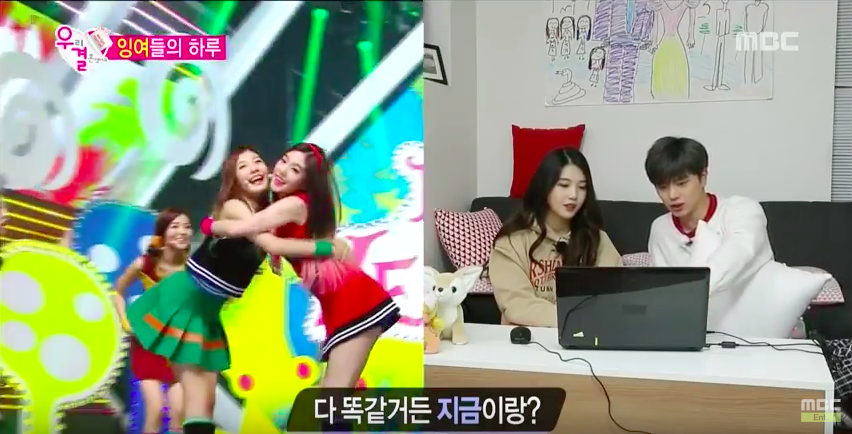 Watch: Yook Sungjae and Joy Watch Their Own Debut Videos on “We Got Married”

On the February 20 episode of MBC’s “We Got Married,” BTOB’s Yook Sungjae and Red Velvet’s Joy went on a trip to the past as they showed each other their debut videos.

Red Velvet debuted as four members in 2014 with “Happiness,” while BTOB debuted two years earlier in 2012. Both Joy and Yook Sungjae were minors (under 20 in Korean age) when they debuted.

Joy is proud of her debut image, saying that she was much cuter and fresher than she is now. But when Yook Sungjae jokes that the other Red Velvet members haven’t changed at all, while Joy looks like she’s had a hard time, Joy scolds him in revenge.

When Joy looks for BTOB’s debut video, Yook Sungjae insists that it was his sexiest time. But when the video plays, Joy laughs and says, “You were just a baby!”

“I was both cute and sexy,” he insists, making her laugh.

Watch the cute interaction below: