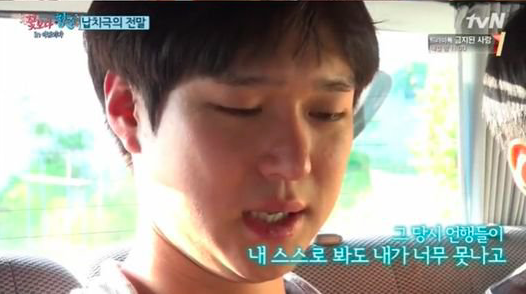 On the February 19 episode of “Youth Over Flowers,” the PD of the show, Na Young Suk, pulled off his trademark move by kidnapping the “Reply 1988” stars Ko Kyung Pyo, Ryu Jun Yeol, Ahn Jae Hong, and Park Bo Gum on a trip to Africa. 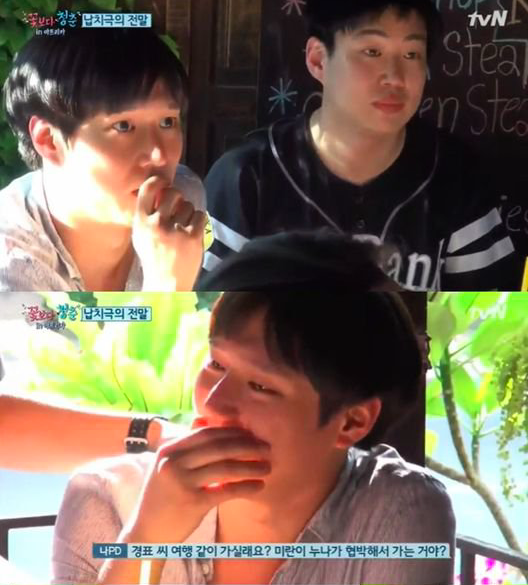 Actresses Ra Mi Ran and Kim Sun Young also participated in the ruse, with the two of them leading the conversation casually to “Youth Over Flowers” without the actors suspecting. Ra Mi Ran even pretended that Na Young Suk was a relative of hers, but when the PD actually appeared, the actors were stunned into silence.

However, the most surprising reaction was Ko Kyung Pyo, who cried on the way to the airport. Kim Sun Young, who played his mother on the show, explained his tears, saying, “It’s because he’s been suffering a lot mentally.” 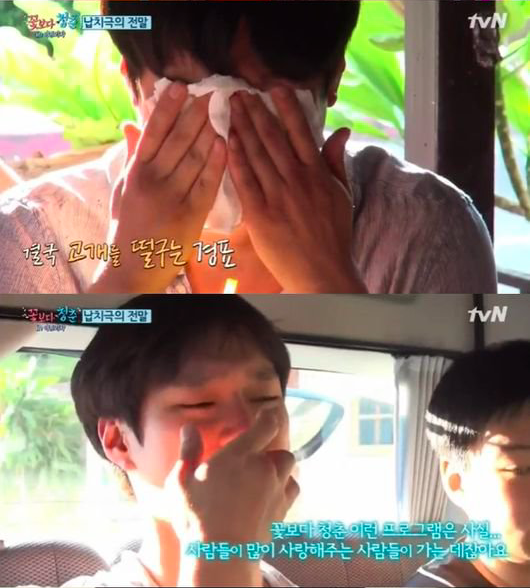 When asked why he cried, Ko Kyung Pyo said, “I felt apologetic to everyone. People who receive a lot of love from the public are the ones who appear on ‘Youth Over Flowers.’ I felt like it was a show I shouldn’t appear on.”

“When I look at my past, I feel ashamed,” he continued. Ryu Jun Yeol quickly comforted him and Ko Kyung Pyo was soon able to focus on the journey at hand.

Ko Kyung Pyo has been known in the past for uploading his personal, sometimes controversial opinions on social media.

Youth Over Flowers
Ko Kyung Pyo
How does this article make you feel?