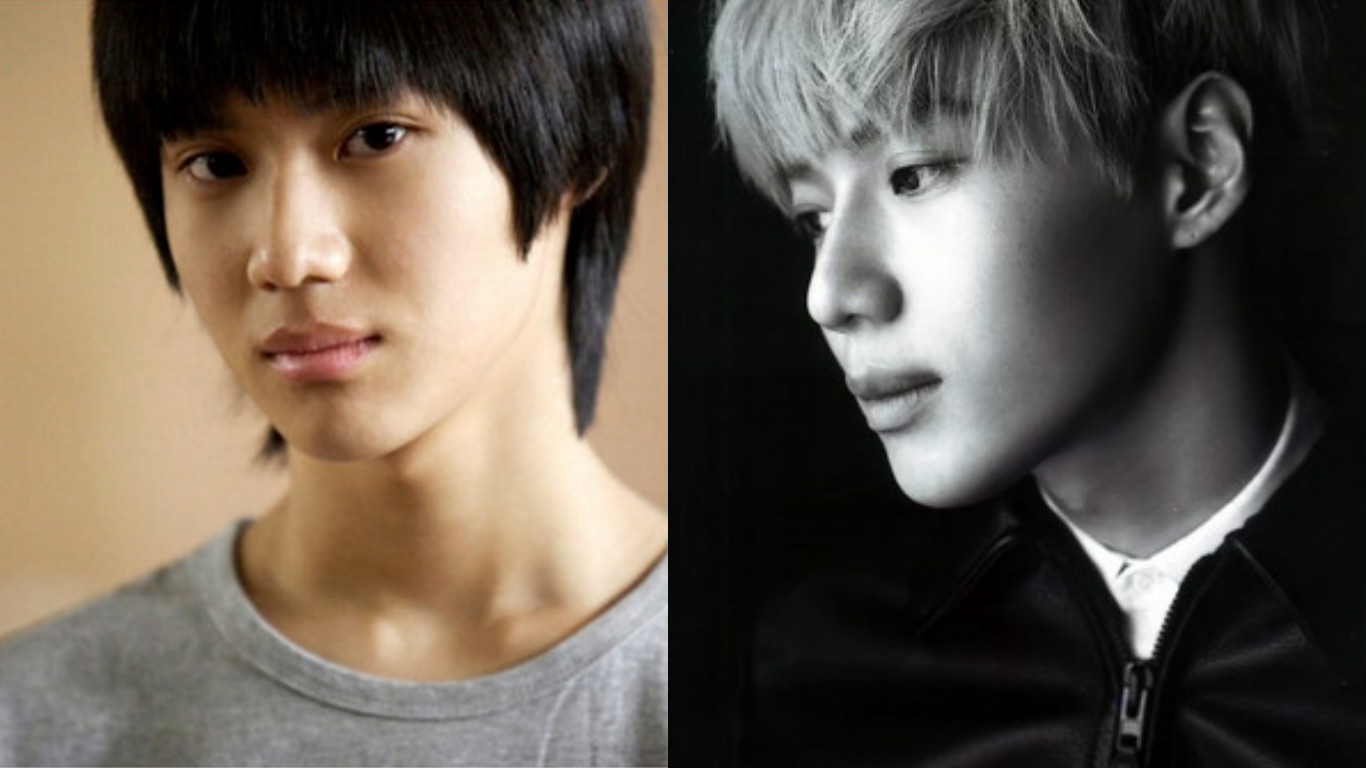 All Grown Up: The Evolution of SHINee’s Maknae, Taemin

Taemin has been in the spotlight since his debut with SM’s super group SHINee in 2008. He debuted as the maknae and wicked main dancer, but also as an adorable fifteen-year-old kid. Now, eight years later, he is a confident, sexy young man of twenty-three with a solo debut under his belt and countless other successes.

Throughout various tours, albums, and variety show appearances with SHINee, though gifted, he remained the maknae, the quietly confident main dancer who held his own, but didn’t stand out vocally. 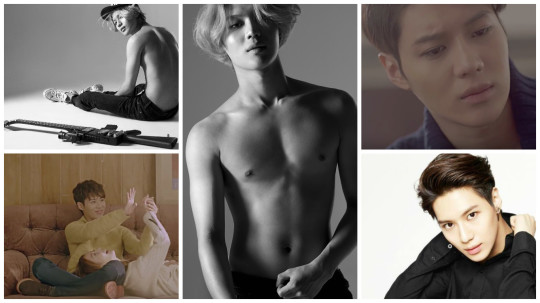 Then it all changed in 2013. SM most definitely capitalized on the fact that Taemin turned twenty, the legal age of adulthood in South Korea. Although he retained his boyish looks, Taemin at the same time began to grow into his masculinity and the maturity he’d slowly gained over five years as a super idol. He also took up more of a vocal presence in SHINee. When SHINee’s Jonghyun had to have surgery after a car accident, Taemin smoothly slipped into his role and sang some amazing solo riffs in “Why So Serious?” that he never would’ve been able to do before.

In August 2014, he became the first SHINee member to step away from the pack and debut as a solo artist with the single “Danger” on mini-album “Ace.” 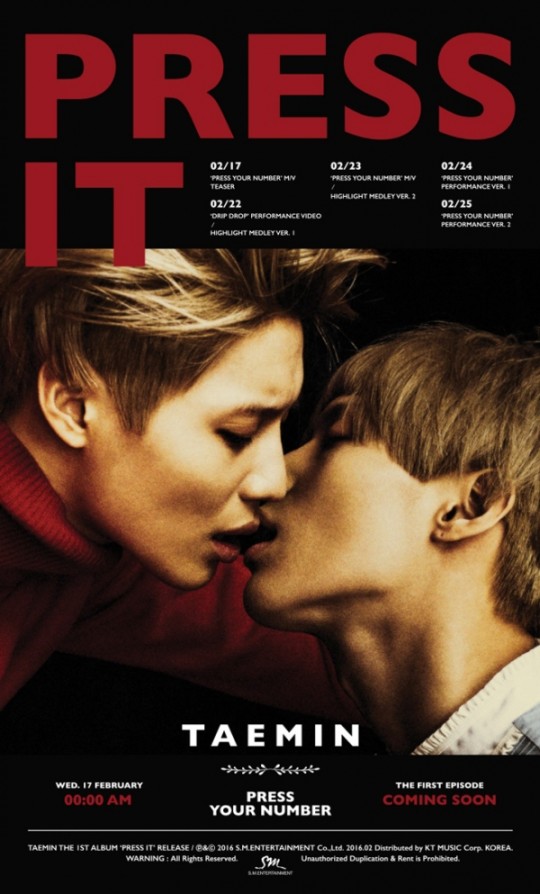 If Taemin was showing us what he was capable of with “Ace,” he is now solidifying his style with “Press It,” one that is unequivocally TAEMIN.

The teasers and posters for his newest album (see here) feature two sides of Taemin, that baby maknae we all fell in love with and the man he grew up to be. Pre-release performance release “Drip Drop” shows a gifted Taemin dancing against a stunning backdrop in California, accompanied by local backup dancers and complemented with ingenious camerawork.

Title track “Press Your Number” was created by producers The Stereotypes and Bruno Mars, who help Taemin bring us an urban pop dance title track that showcases his seemingly effortless moves and gritty rockin’ tenor. In the song, with personally penned lyrics, Taemin tells of a love that is no more, but one that still haunts him. The video that accompanies it is a rich story that pits Taemin against himself, the dark side and the innocent side. Taemin shows off his acting chops, his hard-hitting dance moves, and his vocal prowess that can easily pull off the Bruno Mars tune.

Taemin truly has come a long way in all aspects of his career, from vocals, performance, to artistry.

Taemin is back as powerful and masculine as ever as if to say, “I am maknae. Hear me roar!” 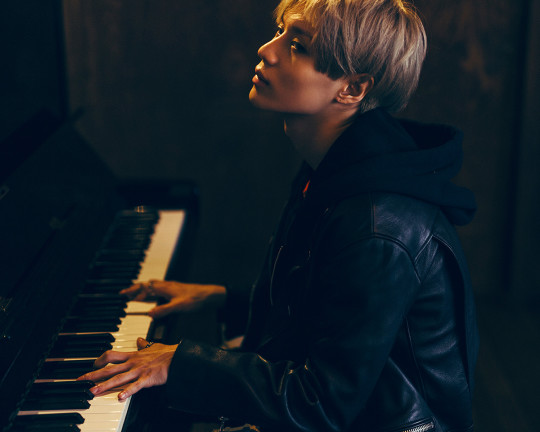 Raine0211 is a lover of all things Korean, especially K-pop, K-drama, and Korean food. When she’s not writing for Soompi, she’s playing the cello and singing. She happily indulges in all kinds of K-pop, but her biases are SHINee, INFINITE, and VIXX. She’s stoked to be able to write about Taemin! She lives with her sister and her two cats, Timmy and Momo, all of whom also love K-pop and K-drama.

SHINee
Soompi Spotlight
Taemin
How does this article make you feel?