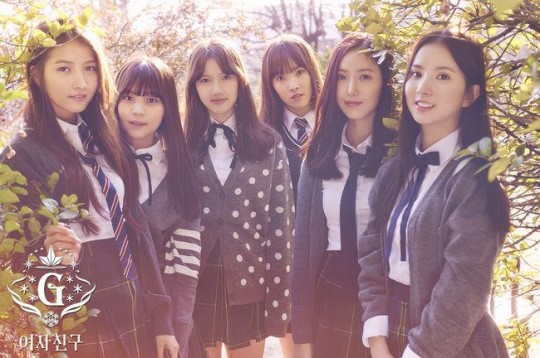 If you have been following the various Korean music shows or music charts, you might have noticed that GFRIEND has been absolutely dominating with their title track “Rough” from their new mini-album “Snowflake.”

It has been about one month since the release of their mini-album, and “Rough” has been ranking first since then on various music charts. As of February 21 7 a.m. KST, “Rough” is ranked first on major Korean music charts MelOn, Genie, Naver Music, Bugs, and Soribada.

MC the Max‘s “No Matter Where,” Mad Clown & Brother Su‘s “Like Romance Comics,” and Taeyeon’s “Rain” are ranked first respectively on the Mnet, Olleh Music, and Monkey 3 music charts. Although GFRIEND’s “Rough” is not ranked first, they still rank very high on these charts.

In addition to their music chart rankings, they are also sweeping various music shows by maintaining winning streaks on “Music Bank,” “M! Countdown,” “Inkigayo,” “Show Champion,” and more. They also recently won the “New Artist of the Year” award along with iKON on February 17 at the 5th Gaon Chart K-Pop Awards.

GFRIEND is off to a great start in 2016 and seem to be paving the way into becoming a top tier girl group.

Watch their performance of “Me Gustas Tu” and “Rough” at the Gaon Chart K-Pop Awards below!