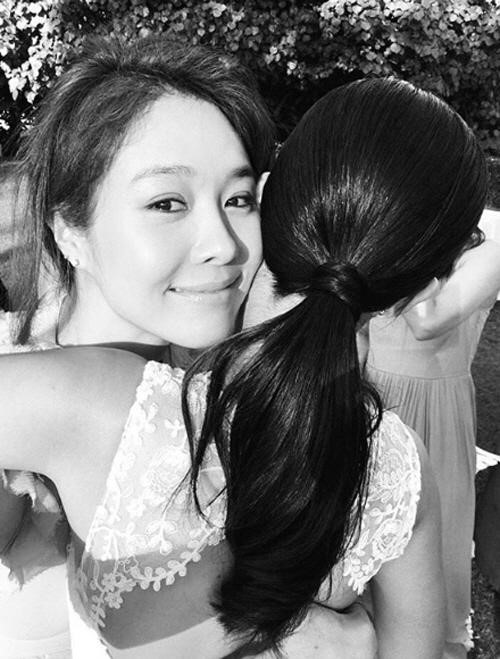 It was previously revealed that from the original Fin.K.L members, only Ock Joo Hyun was able to attend Lee Jin’s wedding held in Hawaii on February 20. She cleared out her schedule so that she would be able to attend, acting as the messenger for the other Fin.K.L members who could not go (Sung Yuri and Lee Hyori). Furthermore, she even directly did the make up for Lee Jin, her mother, and her older sister, showing her deep loyalty as a friend.

Ock Joo Hyun wrote a message on her fan café for the Fin.K.L fans and shared her thoughts and pictures from the beautiful event.

She wrote, “Today (the day of the wedding), as soon as I opened my eyes, I went and ate the most delicious noodles with Jin and her partner. Then I began my project to transform her into the most beautiful woman in the world. After I did her mother’s makeup, I started on Jin.” 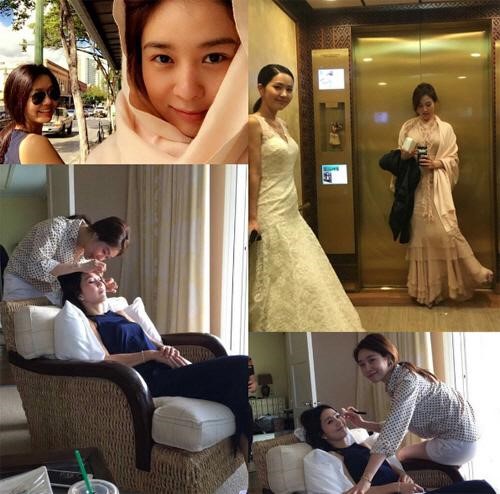 She continued, “Ever since those few months ago, when she told me that she wanted makeup that was ‘soft but sexy and beautiful,’ I worried if my hands would be able to achieve that. Honestly, the biggest worry was something else though. When she told us that she was getting married, the members got together and had a meal and cried until our noses became red like Rudolph’s. Then we cried eating dessert. Then later before she left Korea, we met at her house and talked and cried all night. My biggest worry was that as I was doing her makeup, if our eyes met, what if we both started crying? Thankfully, it was such a relief and maybe the heavens helped us but we both didn’t cry (at least until before the wedding ^^). The makeup came out better than how I usually do it. It was as she asked, ‘soft but sexy and beautiful.’ ” 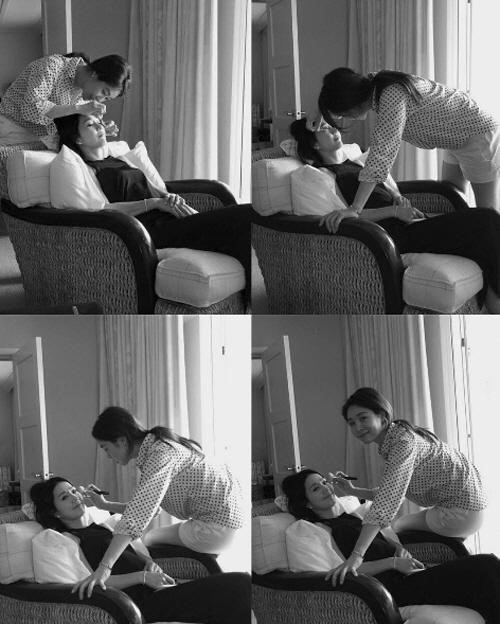 She added, “Today, since I was in charge of her, her mother and her sister, I didn’t have time for myself so I’m .. a bit… very… natural today ^^ But still, I’m not too bad right?! ^^ The wedding was as beautiful as she is. Although all of Fin.K.L could not be here, I came carrying the hearts of the leader and our maknae, as well as all of you who are our loyal fans. I spent the beautiful day with the bride and now I am back at the hotel and resting a bit and writing this news for you.”

In one of the photos that showed her hugging Lee Jin, Ock Joo Hyun wrote a caption, “Jin, even when you weren’t here, I never forgot you once,” making even more clear her loyalty and dedication to their 18-year friendship.

Lee Jin
Fin.K.L
Ock Joo Hyun
How does this article make you feel?