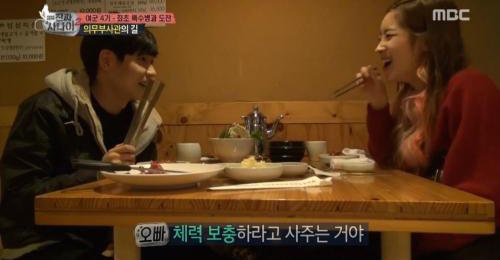 TWICE‘s Dahyun grabs dinner with her brother before she enlists in the army.

During the February 21 broadcast of MBC‘s “Real Men:Female Soldier Edition,” clips of the new female soldiers getting ready to leave are shown.

The broadcast shows Dahyun going to a Korean BBQ restaurant with her brother, who will also soon enlist in the army. She remarks to her brother, “We’re both going to the army soon, right? But looks like I’m going first.” 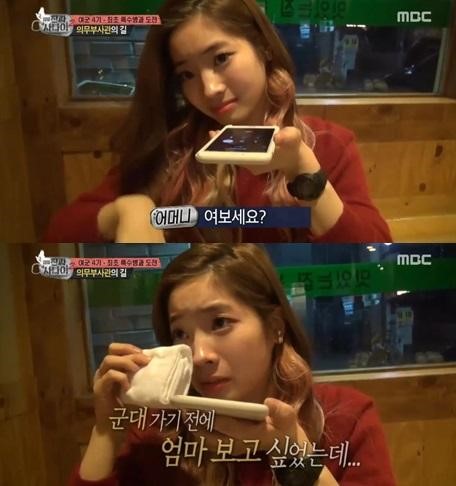 She also calls her mom, and begins to tear up. Listening, her mom asks, “Why are you crying?” Dahyun replies, “I wanted to see you before going to the army.”

Her mom gives her encouragement, telling her to “return back as an energetic and valiant Dahyun.”

Her brother, who was watching the whole exchange, is also saddened by the conversation, and says, “I’ll buy this meal for you to replenish your energy,” bringing attention to their loving sibling relationship.