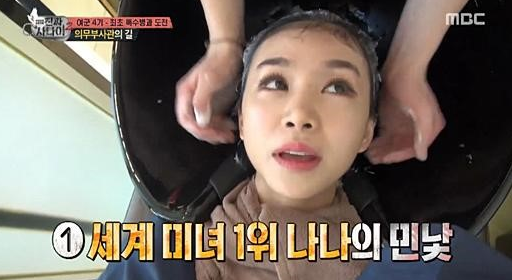 Fiestar’s Cao Lu has revealed her curiosity about the other soldiers who join her on MBC’s fourth female soldier edition of “Real Men.” 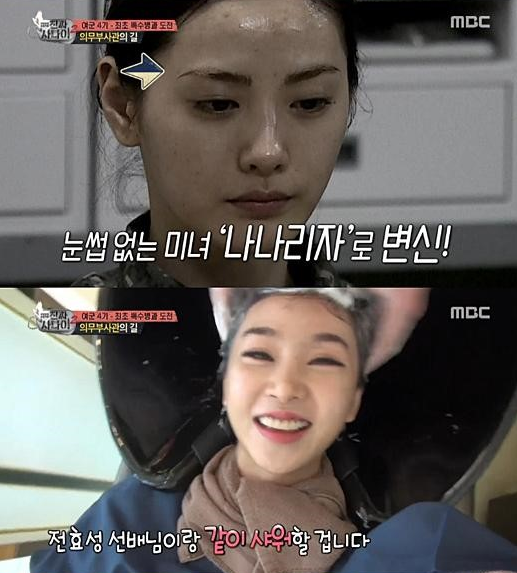 While Cao Lu is dying her hair black, she says, “I am curious about a few things. I’m curious about Nana’s face without makeup and Hyosung’s body.” She then jokes, “I’m going to shower with Hyosung.” 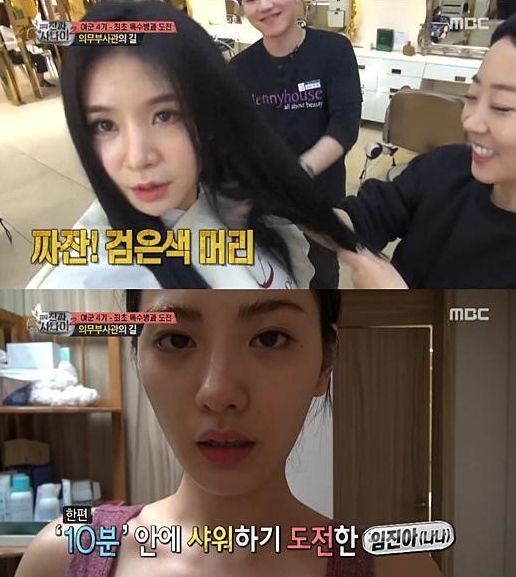 Check out more of Cao Lu in the latest episode of “Real Men.”