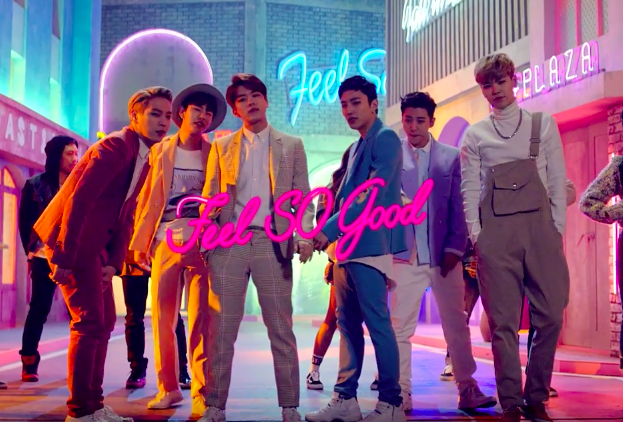 B.A.P is back with their fifth mini album “Carnival” and the title track “Feel So Good”!

Showing a more playful side of the boys, “Feel So Good” is a funky upbeat pop song that will get fans ready for spring. The colorful music video shows the members getting goofy and having a good time, as well as dancing to the fun beat. B.A.P’s very own leader Bang Yongguk produced the track and worked hard to bring out a previously unseen side of the group.

Meanwhile, B.A.P kicked off their new world tour “Live on Earth 2016 World Tour” this past weekend with two Seoul concerts on February 20 and 21. Check out our exclusive photos and comments from the press conference here!

Watch the music video for “Feel So Good” below!