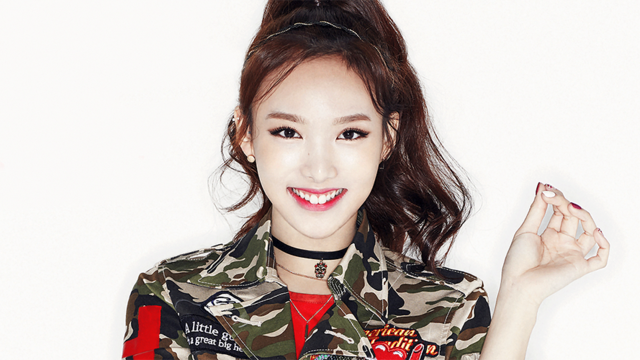 Previously, Nayeon had posted a screencap of her phone screen, which revealed she was streaming Girls’ Generation member Taeyeon‘s solo debut song “Secret.” It’s s sweet post in which Nayeon expresses her admiration for her sunbae Taeyeon’s ability to bring out the emotions in a song. “Isn’t it crazy and impressive that the emotions can be delivered through mere earphones?! I am still lacking in a lot of ways, but I pray that some day I will be able to share this kind of emotion with you all.”

The issue was that the screencap revealed that she was streaming the song from SoundCloud, an online music distribution platform through which Taeyeon’s song had not been officially released. In other words, she was streaming an illegal upload of the song. 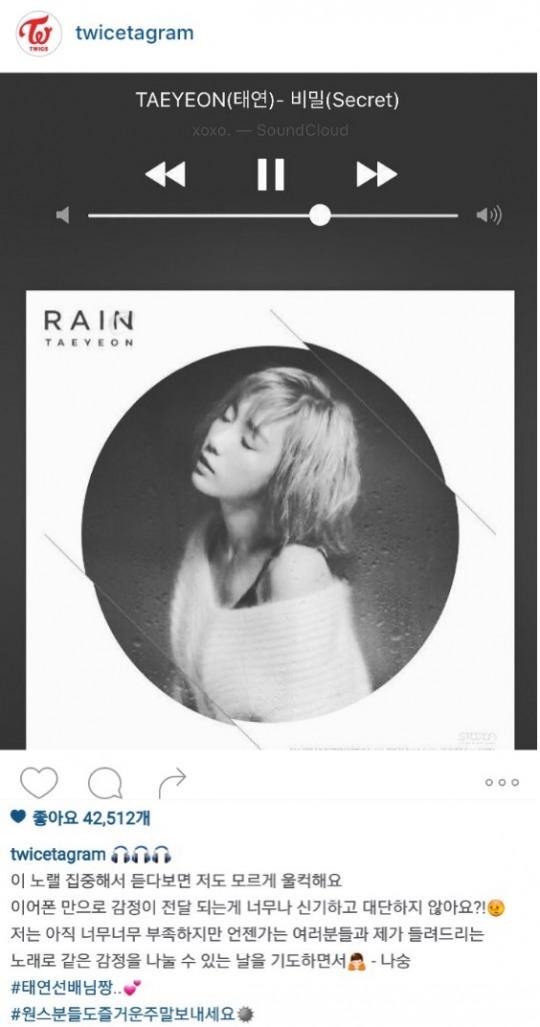 Nayeon deleted the post and on February 21 posted an apology to the TWICE official Instagram along with a screenshot, this time of Taeyeon’s song streaming from an official music service.

She writes, “Hello, it’s Nayeon. First, I would like to apologize for the Instagram I posted. As a singer, I always take all things regarding access to music and its expression very seriously, but despite that I was too flippant.”

She continues, “I am sorry for making many people uneasy. So that something like this never ever happens again, I will stick to only using music services that officially distribute music, as I did originally. And I will make sure to always be careful with [social] media. I’m sorry.” 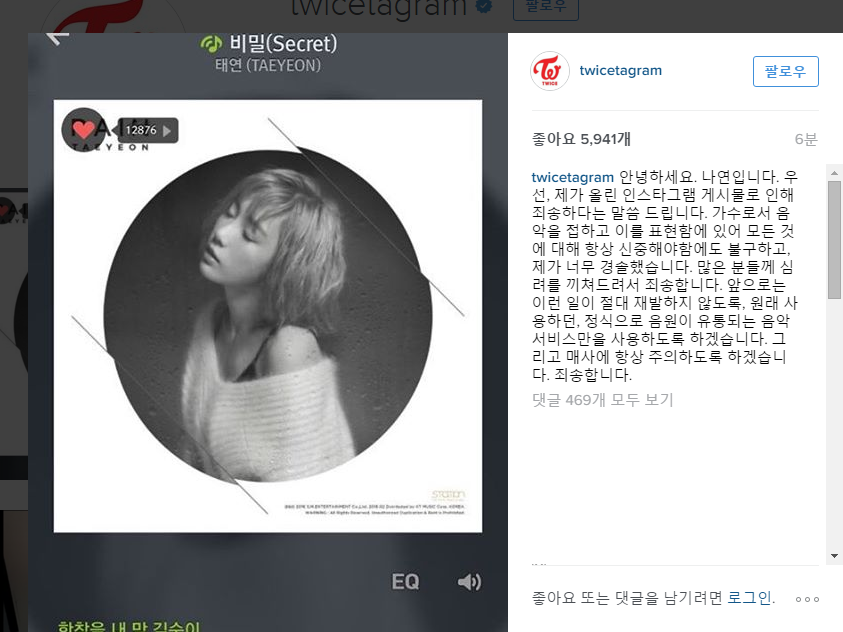 What are your thoughts on this incident? Share them with us below!

TWICE
Girls' Generation
Taeyeon
Nayeon
How does this article make you feel?