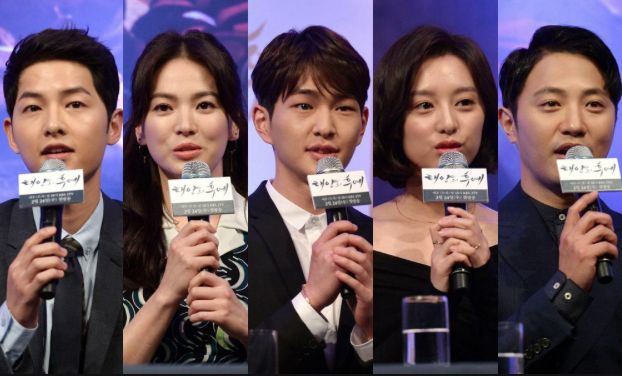 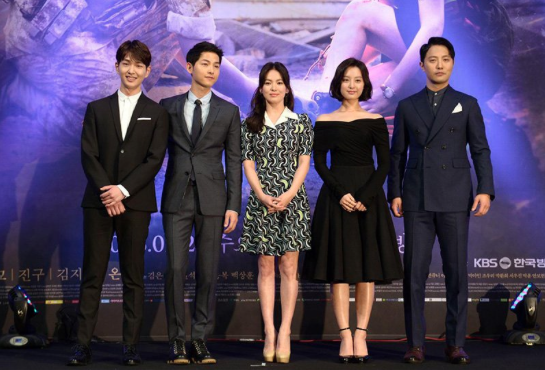 Song Joong Ki expressed enthusiasm for his role and the drama. He confidently asserted that he knows the drama is fun and asked viewers to look forward to it. Likewise, Song Hye Kyo shared how impressed she was with the script before deciding to take the role. Although they will be main focus of the drama, many are interested in Jin Goo and Kim Ji Won’s romance as well.

Jin Goo made spectators laugh with his soldier-like stance and image. Actress Kim Ji Won also revealed her thankfulness to be a part of the drama as she previously worked with writer Kim Eun Sook in “Heirs.” Kim Ji Won said she’s happy to be able to try out different types of characters and hair styles.

Onew was definitely the mood-maker at the press conference. With his comical entrance and bright energy, he made everyone smile. He thanked his seniors and fellow actors for taking care of him on set. Ever humble, Onew also commented that he thinks he has room for improvement and hopes to become a better actor with his following projects. 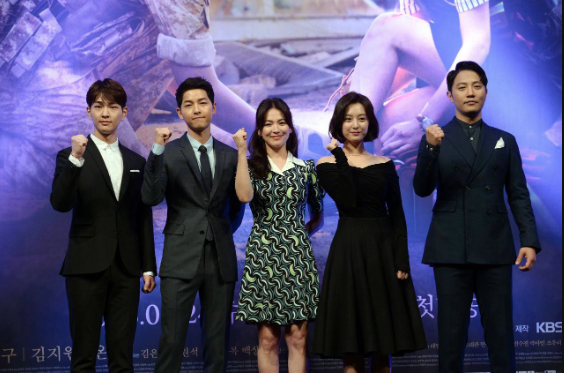 Don’t forget to catch the epic love story set in a war-torn country when “Descendants of the Sun” first airs on February 24 at 10 p.m. KST. Be sure to catch it on Viki where you can watch it as soon as it airs!

Below are a few snapshot videos from the press conference. Don’t forget to follow Soompi on Twitter for more updates!

#SHINee's Onew at "Descendants of the Sun" Press Conference pic.twitter.com/uT03YZkgs9

Kim Ji Won and Jin Goo Couple From "Descendants of the Sun" pic.twitter.com/4YvvYSjYhx