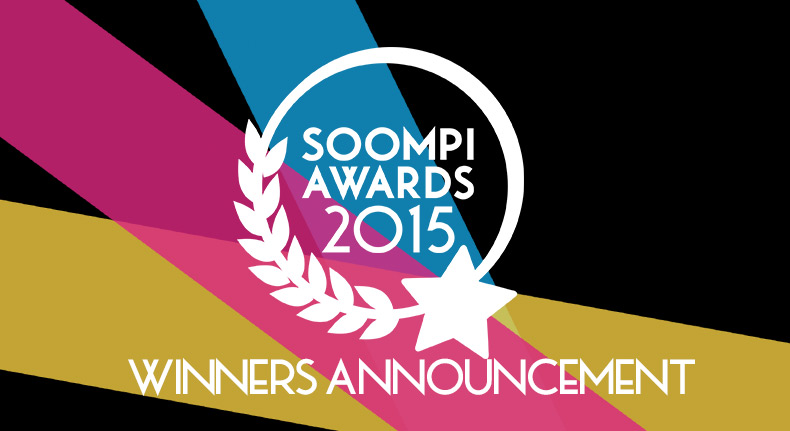 Announcing the Results of the 11th Annual Soompi Awards 2015

With 40 million votes and voters from 139 countries, this year’s Soompi Awards were the most exciting yet! (We’re so lucky to be able to say that every year!) With fans voting online, through our official LINE Soompi accounts, and on Twitter from December 21, 2015 to January 7, 2016, we were blown away by the passion you all showed to support your favorites.

Our music awards are based on votes by international fans and on our own Soompi Music Chart. Our chart is the ultimate litmus test for popularity abroad – taking into account official Korean rankings and the rankings of artists on the Soompi site to accurately gauge international popularity of the hottest groups. Our drama awards are based purely on the votes of passionate drama fans.

This year also marked the return of our hottest category: “Best Fandom.” As a fan-based award, this category is purely for the fans to work together as a fandom and utilize Twitter to vote. During two 24-hour sessions we asked fans to vote for their group using special hashtags – #Team_____. Fans once again blew us away and many of these hashtags trended worldwide, including #TeamGOT7, #TeamSuperJunior, and even #SOOMPIAWARDS2015, which trended worldwide for eight hours straight. 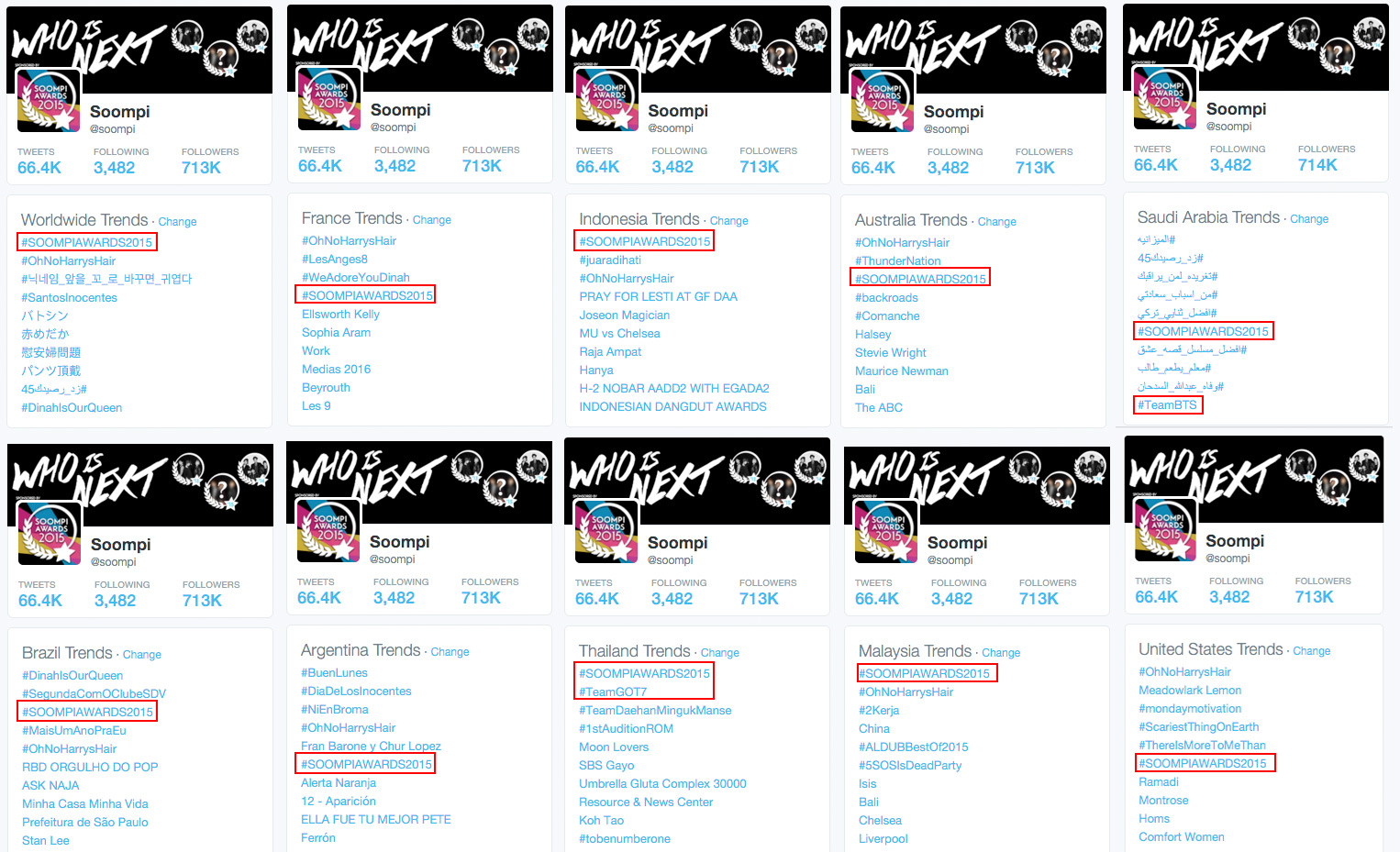 A small selection of trending countries.

This year we also had a special award to honor the contributions to Hallyu made by Group 8 and their hit “Boys Over Flowers.” Group 8, the studio behind hits like “Tomorrow’s Cantabile,” “Playful Kiss,” and “Goong,” has been a leader in the Korean Wave since 2002.

We’d like to thank everyone who made the Soompi Awards 2015 possible. First, you fans were amazing with all of your support and voting. You made 40 million votes possible! A special thanks also goes out to edward1849, the creator of the Soompi Music Chart and organizer of the awards for an 11th year!

Now, enough of my talking and onto what you’ve all been waiting for – the winners! Check out the videos below and see which of your favorites are here to thank you!

Did your faves win? Whose speech touched your heart? 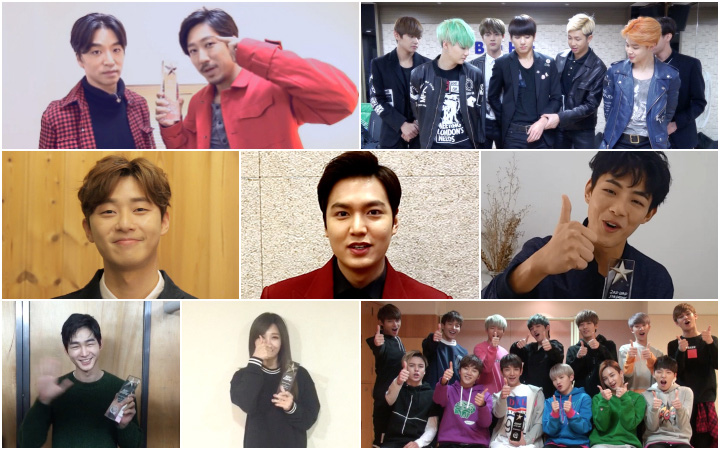