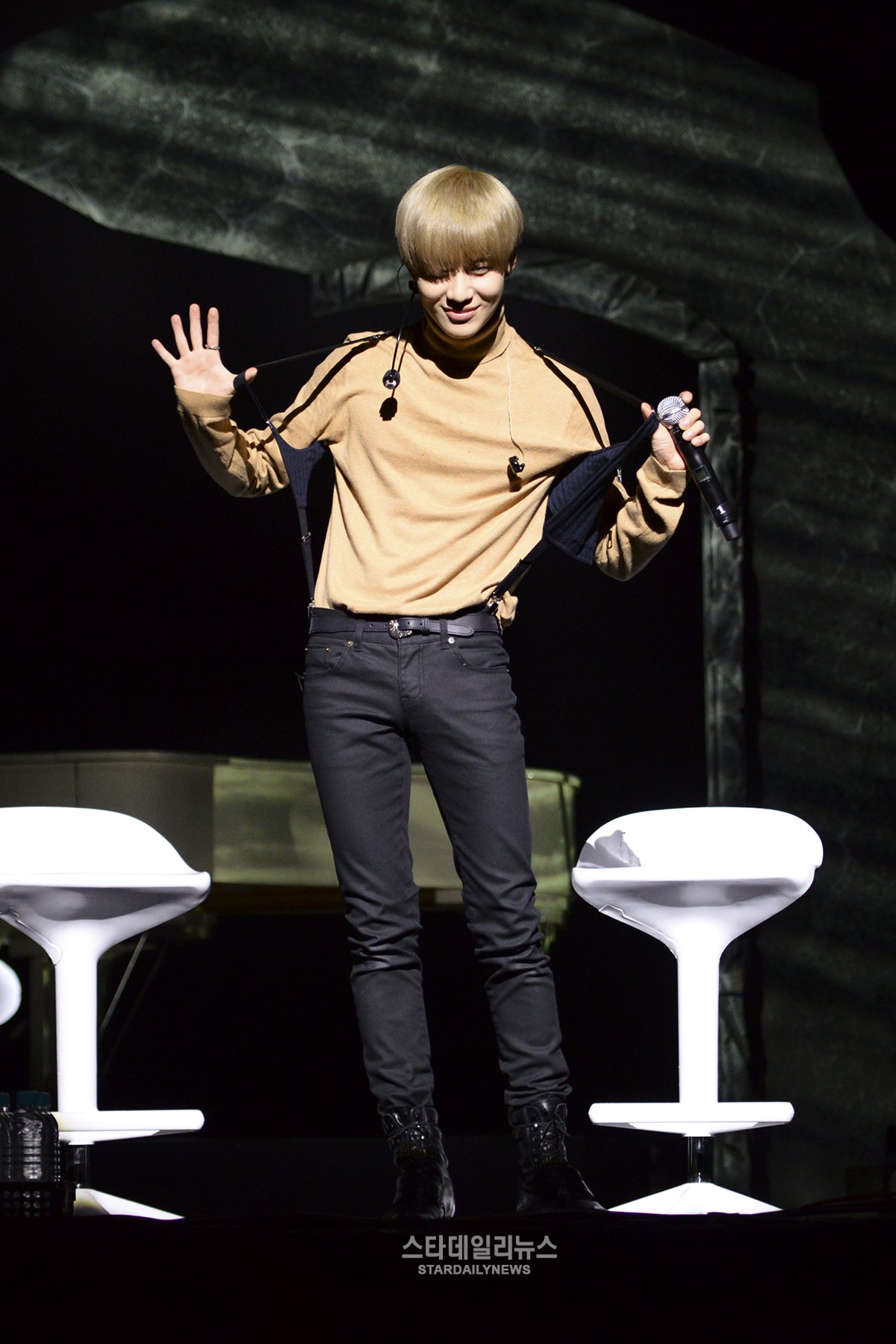 SHINee‘s Taemin has made a solo comeback and revealed his passion for his newly released title song “Press Your Number.”

On February 22, Taemin held his solo album “Press It” showcase and performed his songs for the first time for his fans.

When asked about his title song, Taemin started off saying, “First of all, I worked with Bruno Mars. I focused on the performance of this song.”

He continued, “I gave my all for this song. If you think my last solo title song ‘Danger’ had a strong feeling, ‘Press Your Number’ will sound a bit more smooth. With this comeback, I will become a more hardworking person. I hope I can give other people strength and influence them.”

Meanwhile, Taemin’s first full-length album “Press It” was released on February 23 at midnight.

Support the artist by buying Taemin- Press It from YesAsia

SHINee
Star Daily News
Taemin
How does this article make you feel?