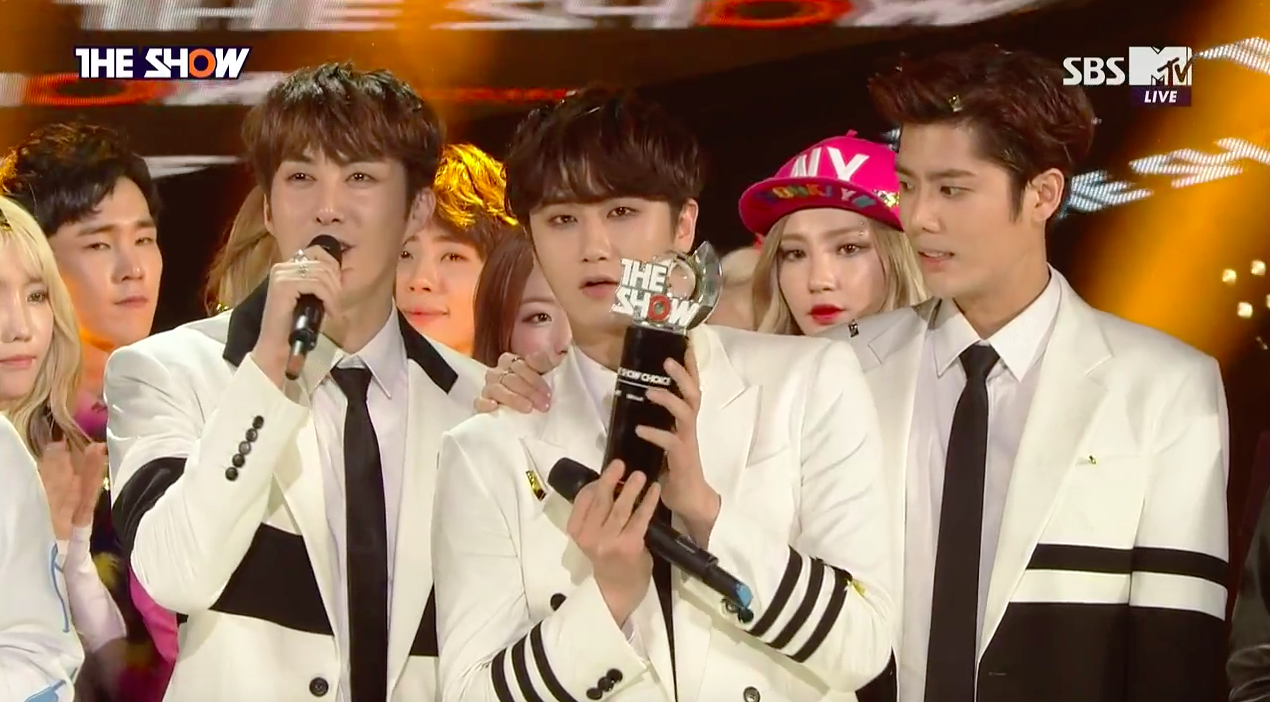 SS301 has taken home their first trophy for their comeback track “Pain” on SBS MTV‘s “The Show”!

On February 23’s episode of “The Show,” SS301 is up against GFRIEND and Cross Gene for the top prize of the night.

GFRIEND has been on a winning streak with their track “Rough” on music shows, but SS301 takes the win over the girl group with a difference of only 43 votes. Although GFRIEND was the frontrunner before the show as they had the highest pre-show score, live votes from Korean and Chinese viewers put SS301 in the top spot.

“It’s been a long time since we’ve even been nominated, so I’m not sure what to say,” says Heo Young Saeng when the group accepts their trophy. Kim Hyung Joon takes over and says, “First of all, thank you to Triple S and our staff. We’ve come back after seven years away, so thank you for all your love. I’m also thankful to Heo Young Saeng and Kim Kyu Jong.”

Kim Kyu Jong then gives a shoutout to their fellow SS501 members by saying, “Thank you to Kim Hyun Joong and Park Jung Min, who are watching us now.”

During their encore, the guys kneel down on the stage to give their fans a deep bow.