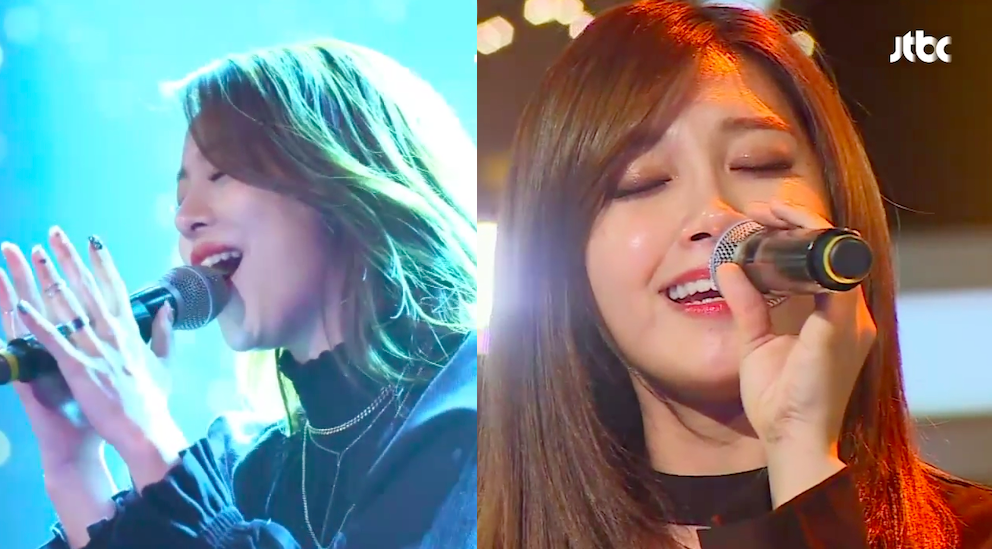 Two incredibly talented songstresses, Ailee and A Pink member Jung Eun Ji, take to the stage to perform for their teams on the latest episode of “Sugar Man”!

The original songs in February 23’s episode are Jung Il Young’s “Prayer” from the soundtrack to the hit 2000 drama “Autumn In My Heart,” and K2 (Kim Sung Myun)’s “To Her Lover.”

Host Yoo Jae Suk recruits Ailee to his team to sing “Prayer,” which producer Yoo Jae Hwan has rearranged to suit the tastes of listeners in 2016.

Regular host Yoo Hee Yeol is off this week for an overseas filming, and so Kim Jae Dong takes his place as a special MC. Kim Jae Dong enlists A Pink’s Jung Eun Ji to perform producer Muse’s modernized version of “To Her Lover.” Afterwards, even Yoo Jae Suk says he almost cried during the performance.

After all the votes are in, Kim Jae Dong and Jung Eun Ji’s team takes home the win with 53 points over Yoo Jae Suk and Ailee’s 47.

Which performance would you have voted for?