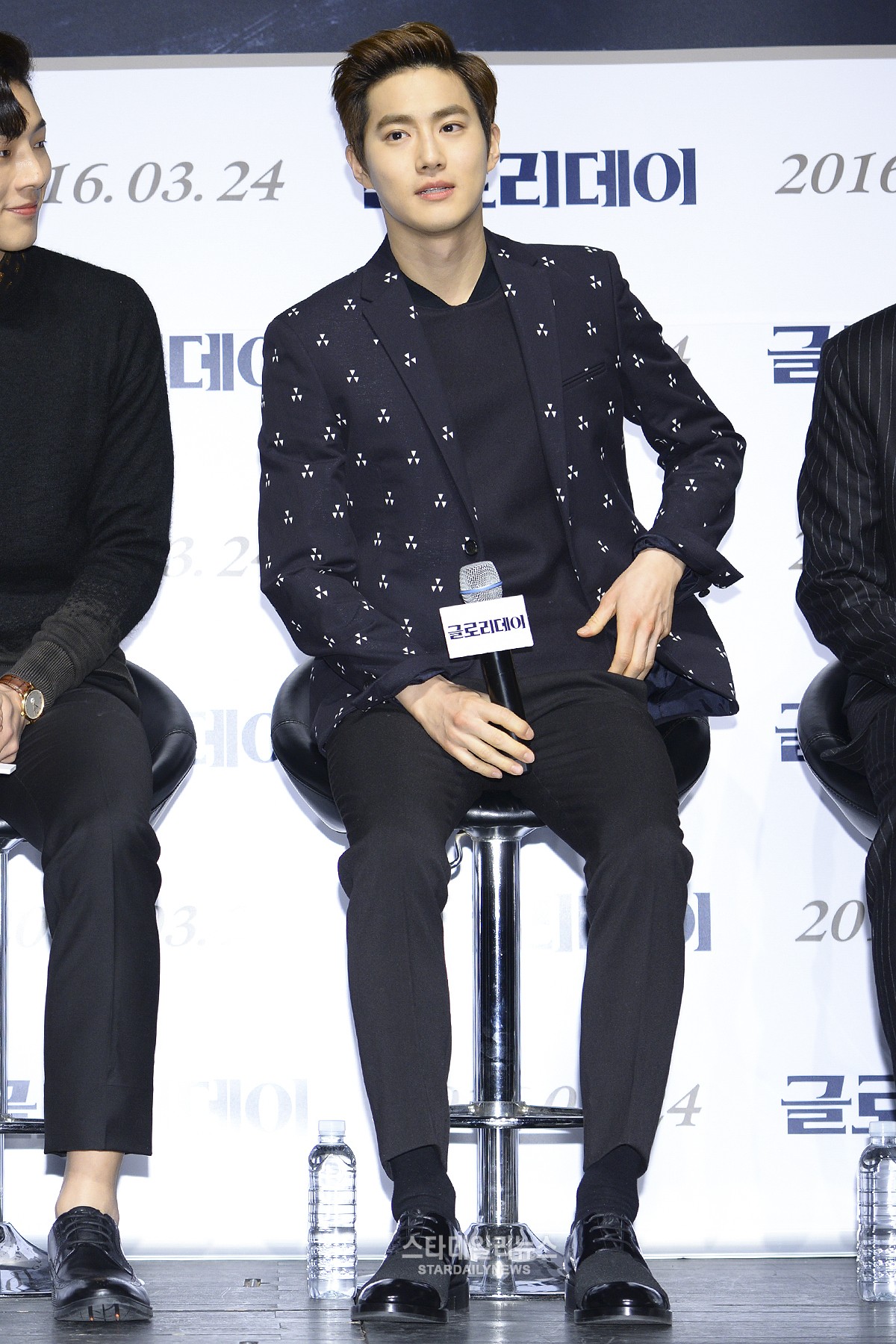 EXO’s Suho revealed his relationship with the other actors in “Glory Day.”

“By coincidence, people who are close to actor Byun Yo Han were casted for the movie. I’ve seen my colleagues for a while now through Byun Yo Han,” Suho said.

“When everyone said that they had auditioned for ‘Glory Day,’ we had talked about how great it would be to work in a film together,” he added. “I was surprised to find out that we would actually be colleagues. I had a good feeling about it, and I was thrilled to work with them.”

In the movie, Suho takes on the role of the mature Sang Woo, who lives with his grandmother and works hard to take care of the two. In order to help out his grandmother, who is working hard to earn money for his tuition, he decides to enter the army rather than go to college.

Meanwhile, “Glory Day” is a movie in which four 20-year-old friends face an event that will change their lives overnight. This plot-twister portrays the obstacles these four friends face as they encounter this challenge.