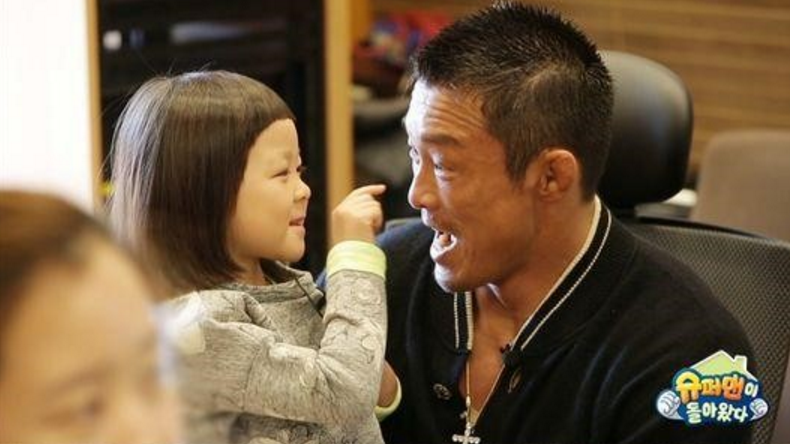 UFC fighter Choo Sung Hoon and his daughter Choo Sarang will be reportedly making their exit from KBS 2TV’s “The Return of Superman” after three years on the show.

On February 24, a broadcast insider revealed to news outlet OSEN that the father and daughter have decided to leave the show. There are rumors that the pair have already filmed their last episode.

“The Return of Superman” PD Kang Bong Gyu carefully commented, “They have not done their final filming.” With this comment, it appears as though Choo Sung Hoon and Choo Sarang still have some final filming left to do.

Having been a part of the popular variety show since the pilot episode, the father and daughter have received a lot of love from the public.

Currently, the other families on the show include Lee Hwi Jae and his twins, Lee Dong Gook and his five children, Ki Tae Young and his daughter, and Lee Beom Soo and his two children.

Are you sad to see Choo Sarang and Choo Sung Hoon leave the show?

See them while you still can on the latest episode on Viki below!

Choo Sarang
The Return of Superman
Choo Sung Hoon
How does this article make you feel?